The new Honda naked motorcycle that we have been waiting for has been officially presented in Germany.

The Exhibition Intermot in Cologne she chose Honda to present the new for the first time Hornet. Almost 11 months after Honda first announced that it was starting work on the return of the legendary motorcycle, the new model is finally ready with the full name CB750 Hornet.

In terms of design motorcycle follows a strong aggressive structure with the front lamp LED body to be sharp reminiscent of the previous generation of Hornets. The rear is very close to the design of the CBR650R, while the colors with a variety of combinations in the frame and fairing are also interesting. Special weight has been given to the direction of the air towards the filter box with Honda having designed them side plastics radiator caps with the Vortex Flow Ducts technique. 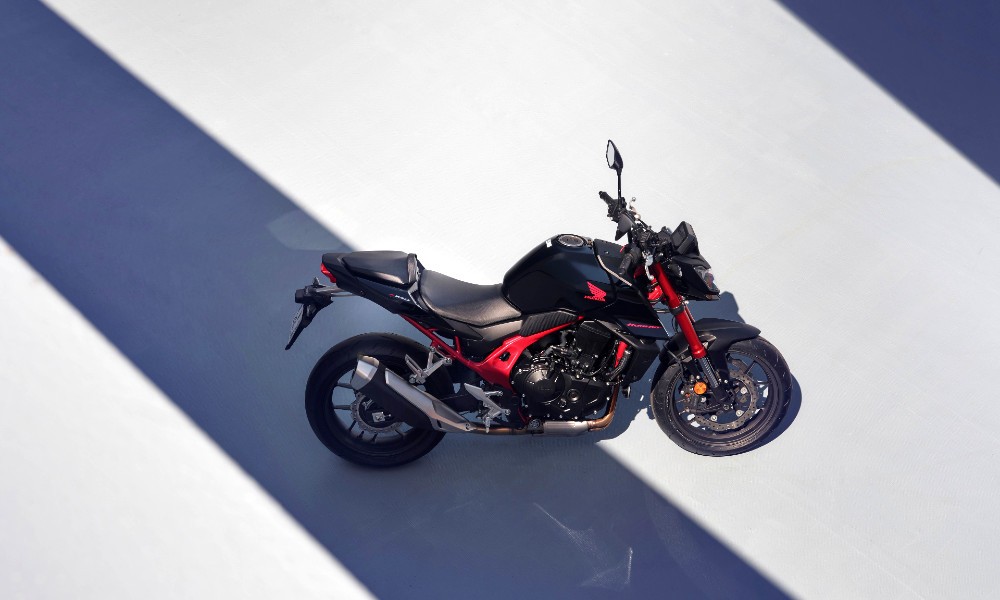 The new engine Honda Hornet he is a new one twin cylinder in series 755 cc which yields 90.5 horsepower and 75 Nm of torque. The crank is angled 270 degrees to give the feel of a twin-cylinder V2, while the valvetrain The only one comes from the racing CRF450 and the special cylinder coating comes from the top CBR1000RR. The set comes with four choices driving mode (Rain, Standard, Sport and User) with the latter allowing full parameterization of the motorcycle’s systems. 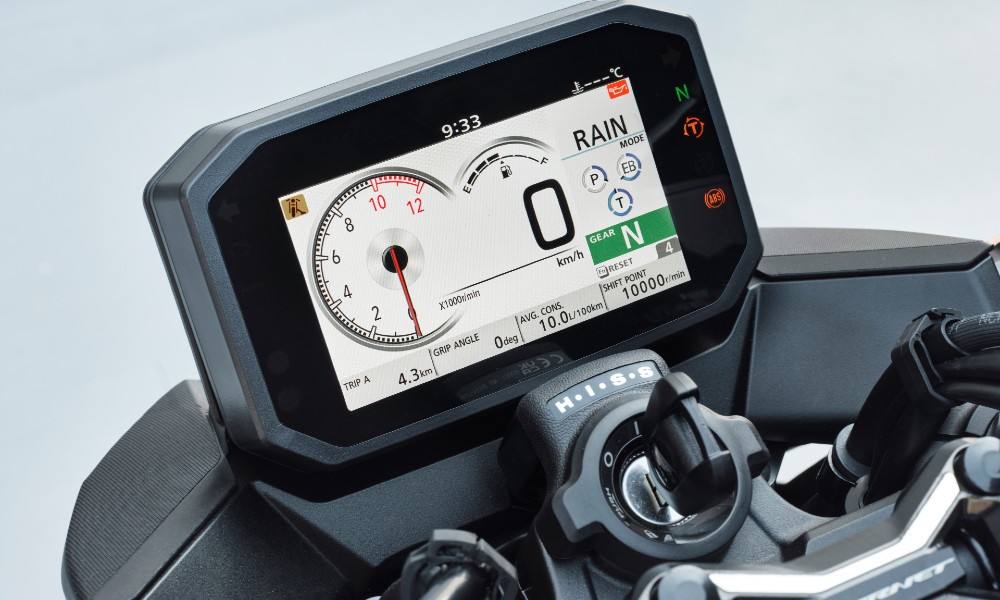 The context is steel diamond type which is very light and works with a 41mm inverted fork from Showa technology Big Piston front and a single shock absorber rear with preload adjustment and Pro-Link linkage. The wheels are 17 inches and the brakes consist of two front discs and one rear disc actinic calipers her Nissin with ABS. The tank has capacity 15.2 liters and Honda promises a range of 340 kilometers thanks to the engine’s low consumption. 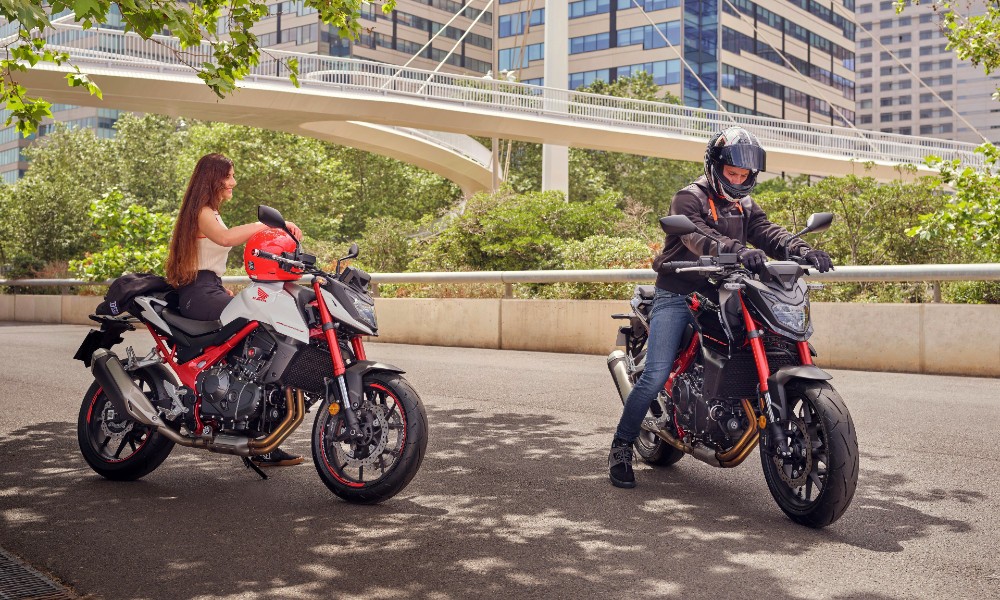 The weight of the motorcycle is at 190 kiloswhile Honda has equipped the Hornet with a 5-inch TFT screen, smartphone connectivity system, voice command system and flash that turns off automatically. In the optional equipment of the motorcycle there is also a system quickshifter!

READ ALSO:
Three features that have brought the Honda CB500X to the top (+video)
Honda’s “Monkey” returns to its roots
The 2023 Honda Gold Wing comes in two versions

F1: The Honda logo returns from Suzuka-Today the announcement about the cost cap - Carneg.com

On Monday we will have a Metro in Piraeus too! - Carneg.com