Chaos has prevailed in recent days with the system that calculates amounts according to CO2 emissions.

They are in shock too many traders and private consumers who have classify the new the imported used cars in Hellas and should pay the Traffic Fees their.

THE reason is focused on that in too many cases the system for someone unspecified reason calculates completely wrong Traffic Fees and to some cases the How many which are called to pay the vehicle owners it’s literal outrageously. 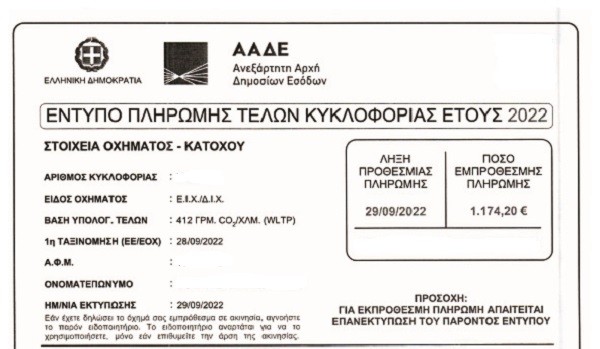 Such as reveals Newsauto.gr owner of one Hyundai i20 with 1 liter gasoline engine and 100 hp output instead Zero annual Traffic Fees is called to pay Traffic Fees of 1,174.20 euros!

Otherwise Hyundai Tucson owner and even her hybrid version with a gasoline engine 1.6 liter and performance of 180 hp is called to pay for Traffic Fees 2,325.60 while the Traffic Fees according to pollutants it emits amount to 112 euros! 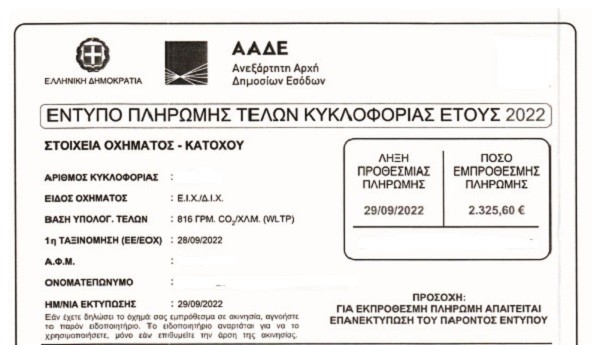 The big problem however it is focused on fact that the car owners with incorrect Traffic Fees they can not find a way out as well as from Tax office they send them to Transport Addresses and Tumbalin. The result of the above is the owners of vehicles to be seen in Taxisnet that they owe the Traffic Fees of their vehicles and indeed on more cases the amounts are doubled as it has the date has passed repayment their!

Both the importers as well as the merchants have pointed it out problem which has created with the immediate payment of Traffic Fees into few hours from issuance of marketing authorization of new the imported vehicle and they have requested her increasing their repayment time limit so that are avoided such mistakes which essentially “get black” their owners of IX in Tax office.

Extensive traffic regulations in Athens-Corinth due to "SPARTATHLON 2022"

The incredible story of LeTourneau, the most unusual road train in the history of mankind — Photo — Reading room