The silhouette of the Citroen C5 Aircross is not something unknown in the field of “leisure time” cars, those propositions, that is, which theoretically give the possibility for wandering off asphalt. It’s both well-known and loved – and now, after 260,000 sales in the 4 years since the model’s launch, it’s time for it to take on a more dynamic character, resulting from a series of sharp design details that can easily to be detected by the outside observer. Whether the French SUV has become more beautiful with these additions is something that raises discussion… However, what we cannot deny is that we now have in our hands the renewed C5 Aircross – and indeed in a version that was absent from its range model so far: the reason for the C5 Aircross with the familiar Puretech three-cylinder engine combined, however, for the first time with an EAT8 automatic transmission.

The well-known 1.2 Puretech passepartout three-cylinder petrol engine that has collected a number of awards and successfully graces a host of Peugeot, Citroen, DS and Opel models has no problem moving with absolute dignity – with the help of 131 PS of –, the renewed C5 Aircross. In our case, it is combined with Aisin’s very good 8-speed automatic transmission, which, despite the fact that it is not a double clutch, is characterized by a pleasant immediacy in its operation. While in addition there are “butterflies” on the steering wheel for manual/serial changes by the driver who will want something more in control of the vehicle.

At the same time and as we are dealing with a model “loaded” with several electronic systems, the driver also has at his disposal the “e-Toggle” function selector switch, a new driver selection button – which now also incorporates the Grip Control function – allowing you to choose not only between Sport, Normal, Eco, but also Sand, Mud, etc., in order to adapt the reactions of the drive system to the road conditions. Do not forget that we are dealing with an SUV with an increased ground clearance (230 mm) that does not have four-wheel drive, but offers electronic “support” in the field of traction to the driver who will face slightly more difficult conditions on the ground.

In your daily commute, you therefore enjoy the comfort offered by the automatic transmission, but also the “pull” from the low revs of the Puretech engine – which in this particular case is assisted by the different arrangement of the transmission ratios of the EAT8 (think that there are two speeds in addition). While on the highway you enjoy on the one hand the comfort of the “velvet” suspension and on the other hand you confirm the effectiveness of the sound insulation, as a result of which after a trip you get out of the C5 Aircross literally unwrinkled.

And at this point we have to talk about the shock absorbers patented by Citroen (the ones equipped with “progressive hydraulic cushions”) which are the most “absorbent” on the market and manage to eliminate most of the mishaps you encounter on your road . So, this extremely comfortable suspension gives another dimension to your wanderings in the forest road network, while it also does not do badly on asphalt. The C5 Aircross is certainly not the kind of car that will encourage you to test its limits in the corners, as it is softer than required for such a thing. However, you have nothing to fear because the behavior of the car is ultimately predictable and to a certain extent adjustable, with the steering wheel providing correct information and the brakes – as well as the category V Michelin Primacy 225/55-R18 tires – doing their work properly.

Faced with the interior, the comment you immediately make is… “soft”, i.e. soft both in appearance and to the touch. Good quality materials all around – and usually soft – create a feeling of luxury, especially in the case of the “Shine” version we had at our disposal. It is a generally familiar image, which we have had in our minds since the original model, a “French” image with those super comfortable seats that Citroen does not stop – and rightly so – advertising as part of the “Citroen Advanced Comfort” package “. It is an extremely comfortable interior, which, without being the top of the class in terms of capacity, fits like a glove for a family – especially a large one!

You see, in the back there are three independent seats – the familiar trio that from the first moment has been established as a trademark of the model, the C5 Aircross, and makes the car ideal for a family with three children or anyway for those who are often in the position of having to move along with four other passengers. The fact that these three independent rear seats are now not only sliding but also have a tilt-adjustable backrest takes the French car’s usability to new heights. And since no one is perfect, we have to note that these seats are not the same size as the front ones, that is, they are a little narrower – and it could not be otherwise – which may put some passengers in a difficult position ” of increased” dimensions. Of course, we don’t have any complaints about the large trunk (much more that it has adjustable capacity thanks to the sliding seats), while inside there are several pockets for small things.

In conclusion, therefore, we would say that the Citroen C5 Aircross still stands out as the top offering in terms of comfort in the field of so-called C-SUVs, with the advantage of usability that comes from the three rear seats increasing its degree of specificity and allows it to look attractive against other established propositions. We will be able to say exactly how attractive the new C5 Aircross is after the announcement of the official price list expected in the next few days. However, based on the current pricing policy and existing equipment packages, we believe that we will again be dealing with an interesting proposal. 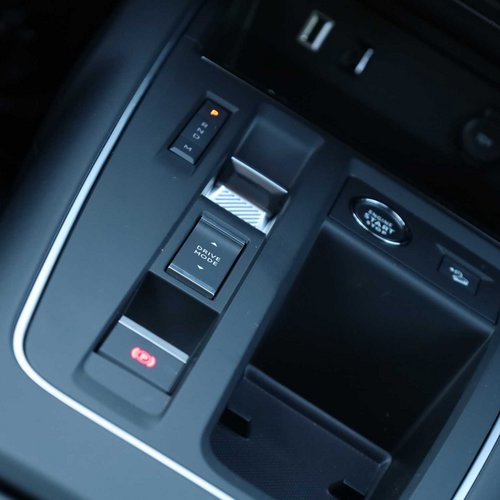