Each Audi should be a demonstration of the company’s ability to create cars with soul and construction harmony. And with the Q4 e-tron The German company brings the classic values ​​to the era of electrification.

The advent of electric vehicles on the central stage of the market also brings great changes in the global automotive industry. Faced with the great challenges of the new era, the Audi with the Q4 e-tron creates a car that responds to all the new data, offering to the maximum the traditional values ​​of the brand and its unique construction philosophy.

The goal is to ensure absolute quality and comfort for passengers and the creation of a premium environment of enjoyment and aesthetic pleasure. And Q4 e-tron manages to be a multi-talented vehicle, studied to the last detail, with top performance in all conditions and ubiquitous Audi’s absolute obsession with quality and luxury.

THE Audi not just not afraid of electrification, but instead exploits its properties, such as the absence of mechanical noise, to further emphasize its construction superiority and the unique benefits it offers to the passengers of its cars.

The electric background of the Q4 e-tron enables it to adapts immediately and confidently to any kind of condition, either in the traffic in the city that is very flexible and direct in its reactions, or in the travel on the highway where it behaves with incredible levels of comfort and civilized character.

There are many examples of the study that Audi has done in the production of the Q4 e-tron. Due to the lack of a conventional engine, the mechanical parts have been moved to the center of the vehicle, thus allowing large openings for the wheels. This design allows the wheels to take quite large inclines, resulting in the turning speed of the Q4 e-tron is only 10.2 meters, almost similar to a city car. 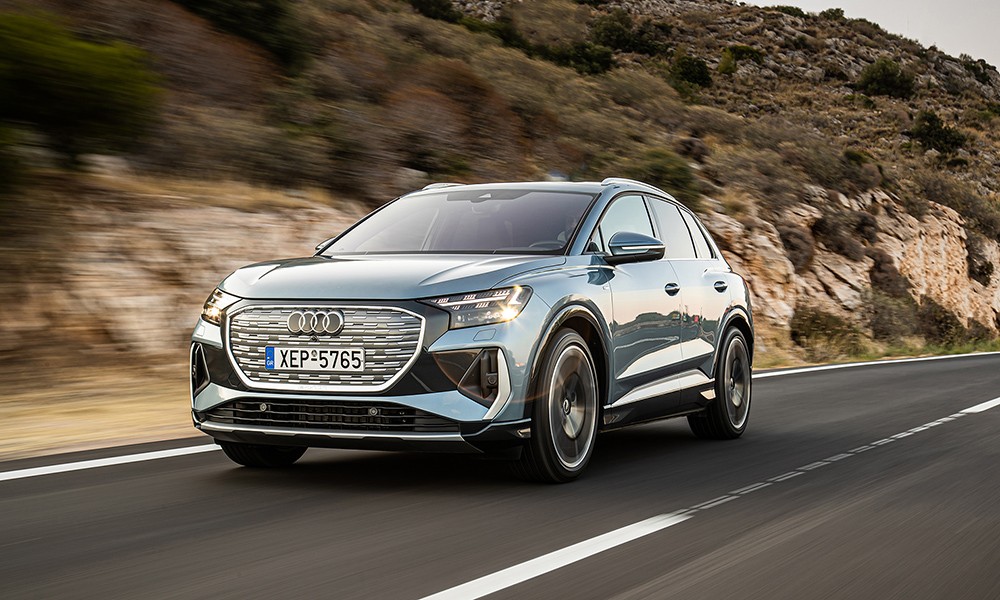 In addition to its ability to be a pleasant and efficient car in the city, the Q4 e-tron is a particularly pleasant surprise on off-road routes as well. The distance to the body is at 18 cm, a price ideal for the character of the car for escapes beyond the asphalt. This is helped by the completely flat floor and the excellent protection of the battery in a special safety cage, factors that ensure pleasant routes without stress on off road routes.

Particularly careful is the Q4 e-tron and in the field of passive security. More specifically, the middle columns are designed to deform more at the bottom in the event of a side collision. At the same time, the sills are designed to diffuse the intensity of the collision in order to protect the battery.

To do this they have been designed with an innovative hybrid method including inside an aluminum section which is divided into small chambers for better dispersion of forces and greater durability. 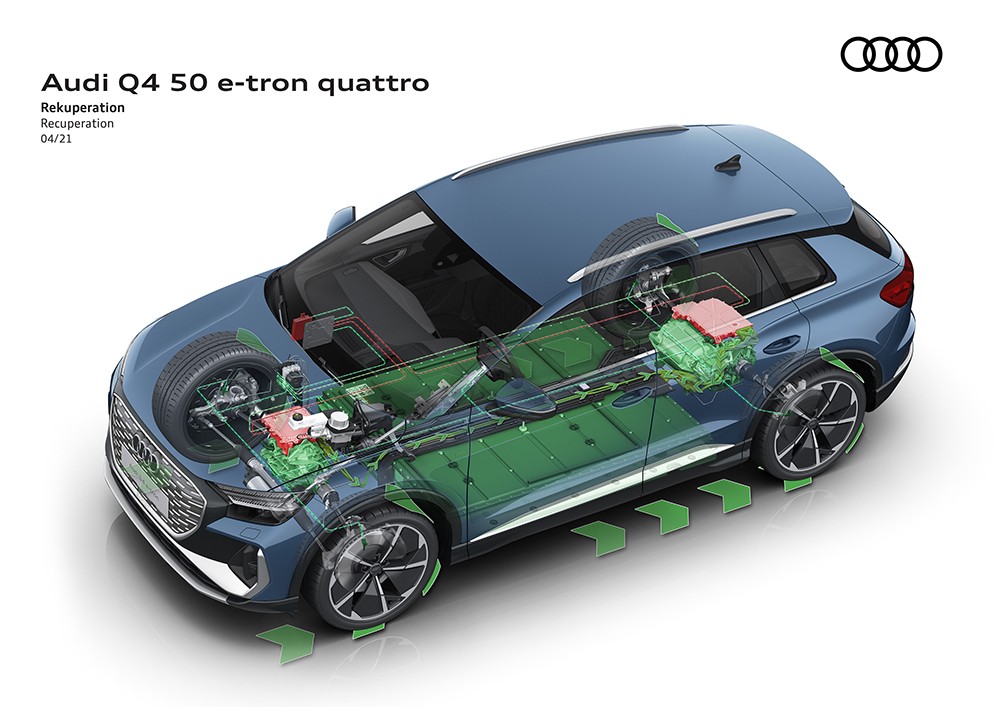 Audi has placed particular emphasis on providing top sound insulation for the new Q4 e-tron, which is especially important for electric cars where mechanical noise is absent and thus the need for a reduction of aerodynamic noises becomes more intense.

Throughout the body there are highly sophisticated measures for the insulation of the vehicle, which reduce the transmission of road noise and tire noise. Large cavities, such as the longitudinal members and the metal roof, contain foam while light foam acoustic capsules are placed above the rear electric motor and in the diaphragm.

Parts such as the dashboard on the dashboard, the wheel arches and even the rear bumpers are equipped with insulation and damping elements. The windshield is made as standard with special sound-absorbing glass, which can also be used on the front windows as an extra order.

All this but also her top attention Udi in assembly dcreate a car that is completely silent and very civilized in its journey, ensuring a top sense of comfort and luxury for its passengers.

Another important factor contributes to the unique feeling of quiet movement, the excellent aerodynamics of the car. The progressive and modern design of both models is typical Audi,, with the Q4 e-tron to achieve a drag coefficient of Cd 0.28 while the Q4 Sportback e-tron achieves an even lower price, with a drag coefficient of 0.26.

Really unique prices for cars of this type of body, which pensuring quiet and civilized travel, they also contribute to reducing consumption and increasing autonomy.

Skoda Kamiq: The urban crossover with the special style - Carneg.com

How much do events on the Russian-Ukrainian border affect Formula 1?

Alpine aims to enter the WRC