WRC 2022 Swedish Rally: Everything you need to know – Carneg.com

The Swedish rally returns from two years of absence. The Special routes, the participations. Unfortunately without Greek participation, we were waiting.

When for most drivers the snow on their road slows down, at the World Rally Championship the pace increases.

The Swedish Rally is one of the fastest and exciting events on the Rally Championship World Tour and returns this week after a two-year absence. It is the first race on a slippery surface for the new Rally1 hybrid cars and the first Swedish Rally, to be held in the city of Umea. So there is a lot of new information for the crews this week. 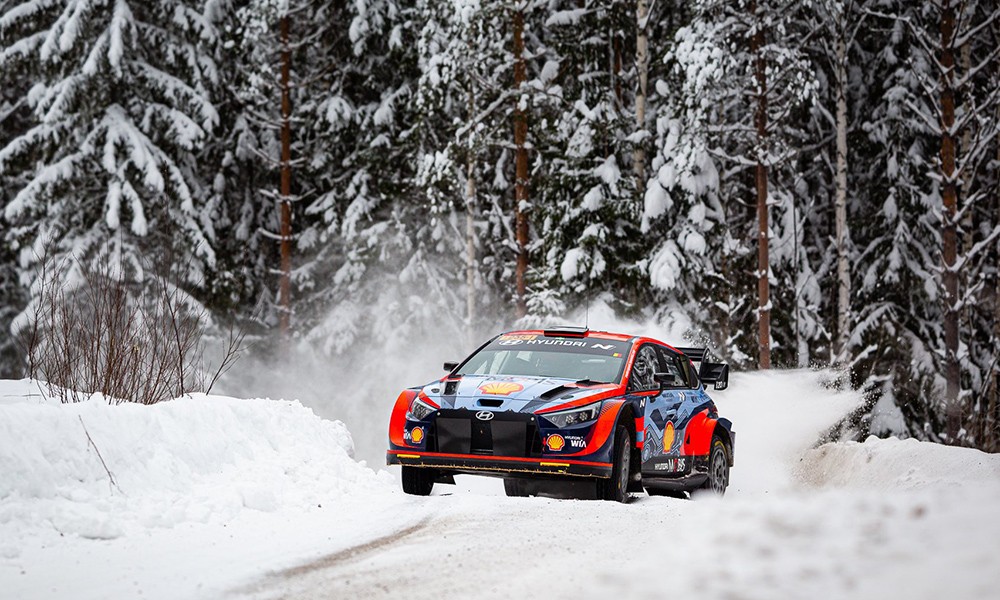 The absences of both Sebastien Loeb and Sebastien Ogier (the first two of the league at the moment) are the big changes this weekend compared to the first match in Monaco.

Ogier’s Toyota GR Yaris Rally1 will be driven by Esapekka Lappi, who returns to Toyota for the first time since 2018. Lappi will compete in tournaments, which will not be attended by Ogier. M-Sport Ford will have three instead of four Puma Rally1s in the race. Lorenzo Bertelli was fourth, but he had to leave due to work obligations.

Hyundai will give to Oliver Solberg (with the third i20 N Rally1),at his first opportunity to race in his home country with a front line car. On the first day of the race will be the Kalle Rovanpera, where will opens special routes, despite being third in the league.

A mammoth list of 23 cars will be racing in the WRC2 class this weekend, with the champion and first in the championship (so far) Andreas Mikkelsen. Behind Mikkelsen’s Toksport Skoda in the starting lineup are several drivers making their debut this year.

Jari Huttunen and Mattias Adielsson drive M-Sport’s two Fiesta Rally2, while Ole Christian Veiby makes his WRC debut since he was banned for six months for violating COVID-19 rules. Emil Lindholm returned after a strong season at WRC3 last year, while the Josh McErlean makes his WRC2 debut after the WRC3 podium finishes in 2021. After nine years, Per-Gunnar Andersson returns to the WRC. 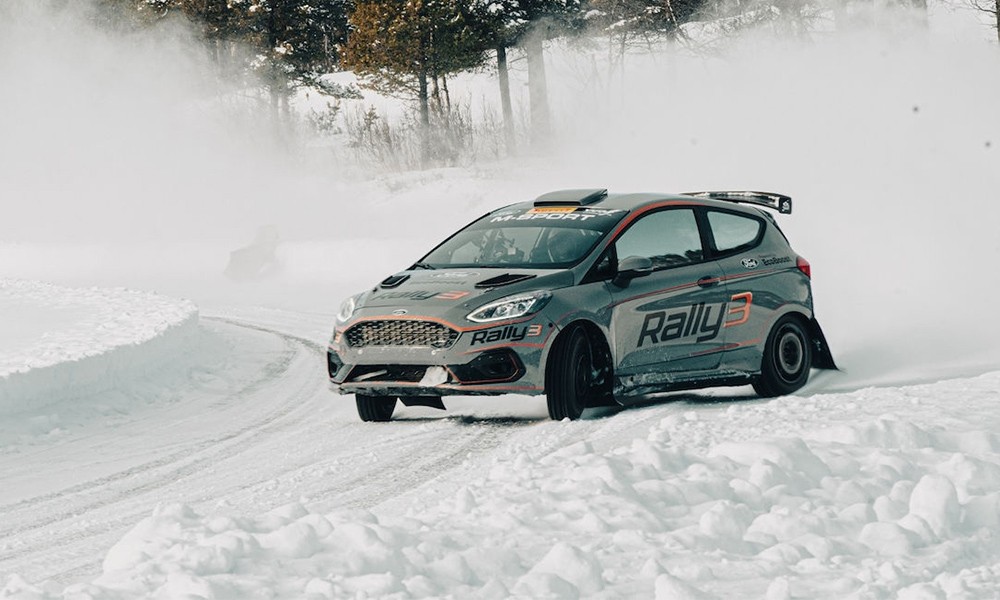 The new era of Junior WRC begins on the ice of Sweden, with Greek interest and although many of the protagonists remain the same, the means of claiming victory changed as the four-wheel drive Fiesta Rally4 replaced the Rally3. From last season the champion Sami Pajari, the second of 2021 Jon Armstrong, Lauri Joona, Robert Virves and William Creighton return, but there is also the new blood with the names of Jean-Baptise Franceschi and McRae Kimahti.

Unfortunately, Panagiotis Rustemis will not start, due to Covid-19. He himself wrote on social media: «I’m embarrassed to announce that I will not be taking part in the Swedish Rally in the first round of the Fia Junior Wrc because I was diagnosed with Covid. We are all very disappointed, it was my dream to play on a snowy surface and with “the suitcases ready” this misfortune was created. I want to thank my co-driver a lot for all the preparation we did for the race. All the sponsors who are by our side in this global project and we will do everything not to disappoint them».

The move of the Swedish Rally (February 24 – 27) north to the Arctic Circle means, how no one knows what the special routes will be like. The WRC has never traveled so far north to Sweden. There the roads are covered with snow and ice and only the contenders for the national championship know the secrets their. The city of Umea is located 600+ kilometers above the east coast and the capital Stockholm. Roads in the icy and remote forests of the Vasterbotten area, according to the drivers of the Swedish Championship, are extremely fast.

After the opening ceremony on Thursday night in Umeathe leg of Friday travels north for two sprint routes. First route Kroksjo (14.98 km). It is followed by Kamsjon (27.81 km), at the northernmost point of the rally, and finally Savar (17.28 km), the second passage of which will take place in the dark. The day ends with the Umea Sprint (5.53 km), which ends at the Red Barn Arena with a capacity of 30,000 people within walking distance of the city center. The 1.5 km long arena has one route, which includes jumps and hairpins. It will be attended by Prince Charles-Philip. The seven special routes (total length 125.67 km) make it Friday the biggest day of the event. 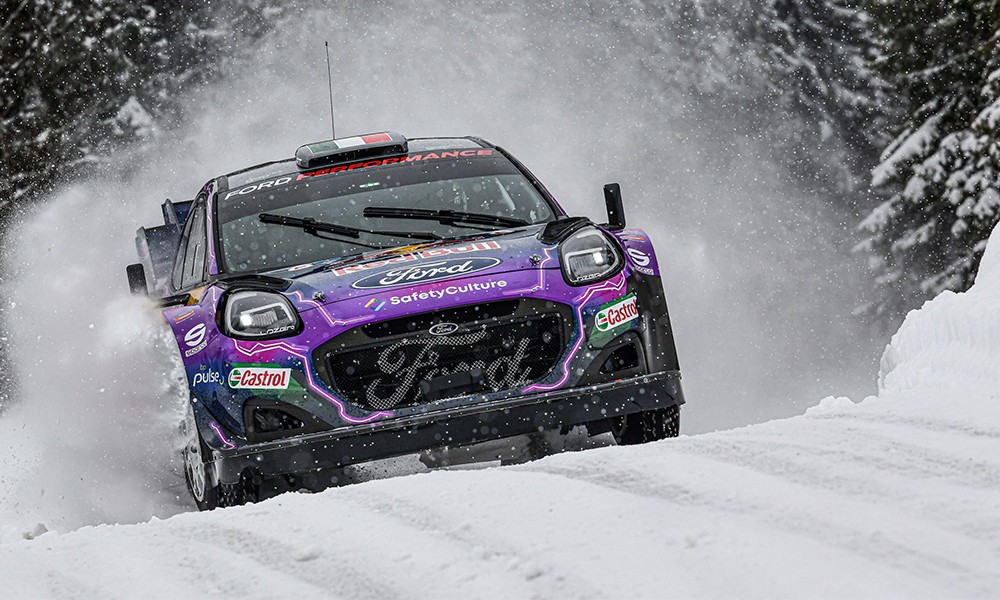 On Saturday morning the specials cross Brattby (10.49 km) and Langed (19.49 km), to the west of the city. The day ends with the Umea route (11.17 km), a longer version of the special than the previous day, which ends again at the Red Barn Arena. The special ones are repeated in the afternoon after the service, raising it kilometer distance of the day at 82.30 km.

READ ALSO:
What is the incredible obstacle that the Swedish Rally brakes?
WRC: From the Ice to the Catwalk?
Two Greeks at the World Rally Championship

Buyers of used cars are not interested in electronics - Carneg.com