This is the first hydrogen gas station in Greece! – Carneg.com

The Deputy Minister of Infrastructure and Transport visited the first gas station at NCSR “Demokritos”.

The first micro-vehicle refueling station with hydrogen in the NCSR “Demokritos”, visited by Deputy Minister of Infrastructure and Transportresponsible for Transport Mr. Michalis Papadopoulos, who was informed of its technical characteristics installation by Director of IPRETEA NCSR “Demokritos” Mr. Thanos Stoumpos.

The Ministry of Infrastructure and Transport explores the prospect of working with NCSR “Demokritos” in order to develop the regulatory framework for the operation of hydrogen gas stations for supply all of vehicle types. 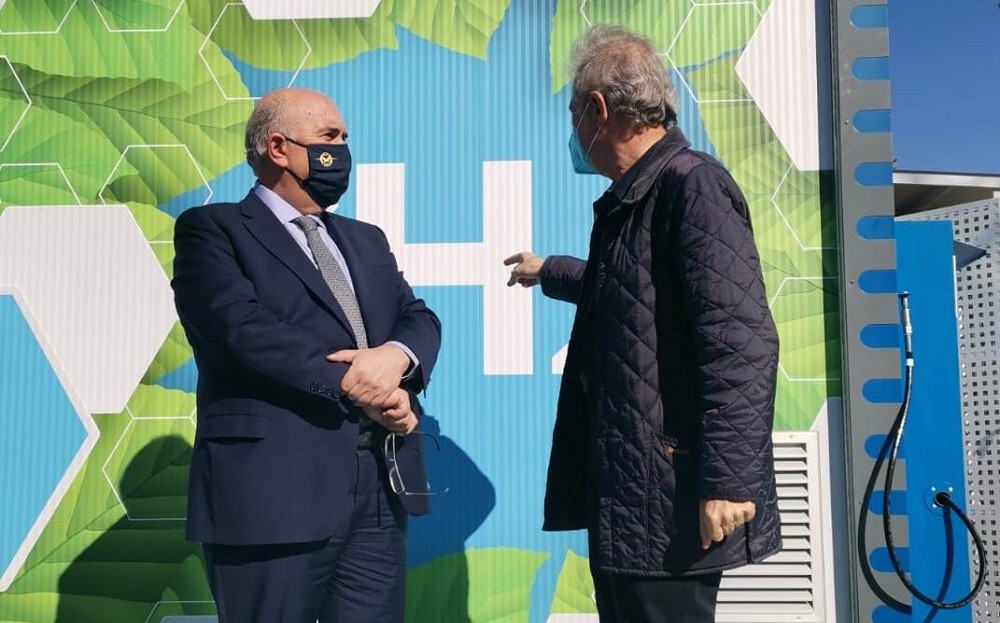 During the visit, the Deputy Minister of Transport Mr. Michalis Papadopoulos stated: “Its use hydrogen as a fuel for Transport requires several more steps. The Ministry of Transport has the responsibility of defining technical specifications required for their licensing and operation gas stations disposal of fuel and in this context, we consider the possibility of working with “Democritus”, who has the expertise and experience to contribute to the preparation of this framework. “

Its Director IPRETEA NCSR “Demokritos” K. Thanos Stoumposstated: “” Demokritos “has created the first station for refueling small vehicles with hydrogen, based on Greek know-how to the largest extent. It is vertical, starts from the production of hydrogen until the final use and is the first attempt in the country to proceed with its use hydrogen as fuel on Transportation.»

READ ALSO:
Greek mammoth alliance for electric-hydrogen – Which companies are involved?
What does Elon Musk say about hydrogen?
Why does not hydrogen proceed as a fuel?

Mazda and Bose: The beginning of a collaboration (video) - Carneg.com