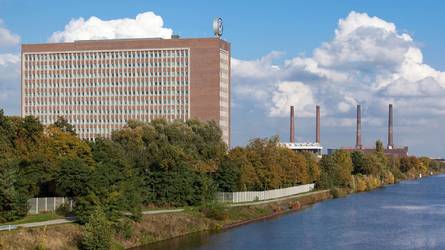 The historic Volkswagen factory in Wolfsburg is going through a “serious crisis” due to the global shortage of semiconductors, which cut its production by almost half last year, or 330,000 units, the president of the works council.

“On the one hand, the group is breaking records”said Daniela Cavallo during an online meeting of employees. “But at the same time, the Volkswagen brand and our historic location in Wolfsburg are going through a serious crisis.”

“No factory has suffered as much from the lack of chips as Wolfsburg”because the electric models produced in the Zwickau plant and the more profitable brands Porsche and Audi had “priority”she said.

“If we had had enough semiconductors, we could have made 330,000 more cars”estimated Daniela Cavallo as production plateaued at nearly 400,000 units in 2021.

Head office of the German manufacturer and one of the largest car factories in the world, Wolfsburg, from which the Golfs in particular come out, does not currently produce any electric model, the heart of the group’s reorientation.

Indispensable in everyday objects such as automobiles or mobile phones, semiconductors have been the subject of a global shortage for nearly three years. This imbalance between demand and supply has particularly affected the automotive industry, the heart of the German economy, and the situation should only improve gradually in 2022.

The German group Bosch, the world’s leading automotive supplier, hopes for a return to normal in 2023.

“We are facing one of the biggest challenges of recent years”judged Daniela Cavallo.

This year, the Wolfsburg plant is to produce 570,000 units. Volkswagen plans to cut almost all night production there from mid-April due to the lack of components. (with AFP)

A small update awaits the current Pajero Sport and Outlander, but the next generation Outlander is delayed - Reportage