The new Ranger Raptor further upgrades Ford’s representation in the pick up category.

Her proposal Ford in the category of pick up performance, it is now more attractive and more dynamic than ever.

From the first moment one drives the existing one Ford Ranger Raptor, what he realizes is that the car is made for much more power than that of a two-liter four-cylinder turbo diesel. The 213 horses of which show a few about the context and the post that has received its “blessings” Ford Performance. 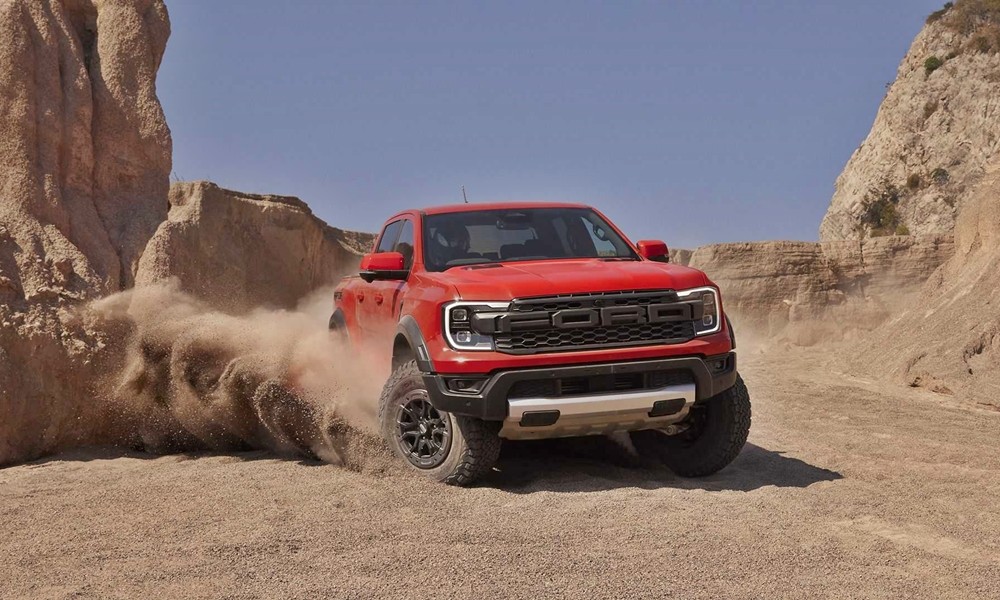 With the new version of the model, it seems everyone will get the answers they are waiting for. New Ranger Raptorwith the renewed appearance that refers directly to F-150 Raptor with which some elements are shared, is more dynamic and wins the bet at first glance.

Thanks to the daylight with the “C” shape that “embraces” the edges, in the big logo Ford which plays the role of the mask the image of the young Ranger Raptor has been significantly renewed, while thus giving the stigma for them as well other innovations which his driver will enjoy. 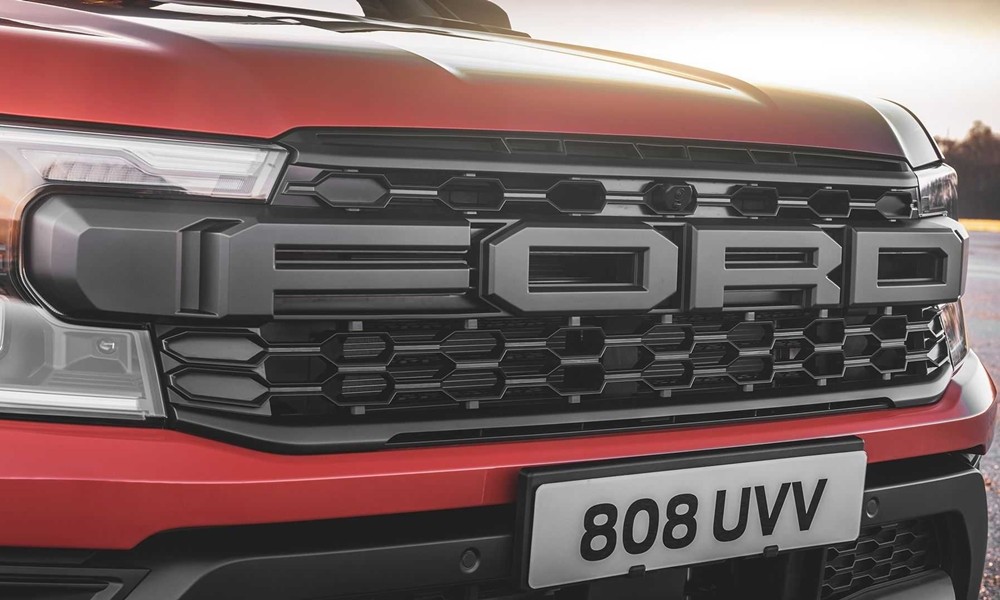 Some of them have to do with the cabin, where we meet new seats with a design inspired by the respective fighter aircraft. On the dashboard, the large rectangular screen that is placed “vertically” with 12.0 inch diagonalis equivalent to that of Mach E and gives access to all the functions of the car. Respectively, in full digital is also the instrument panel with diagonal 12.4 inches. 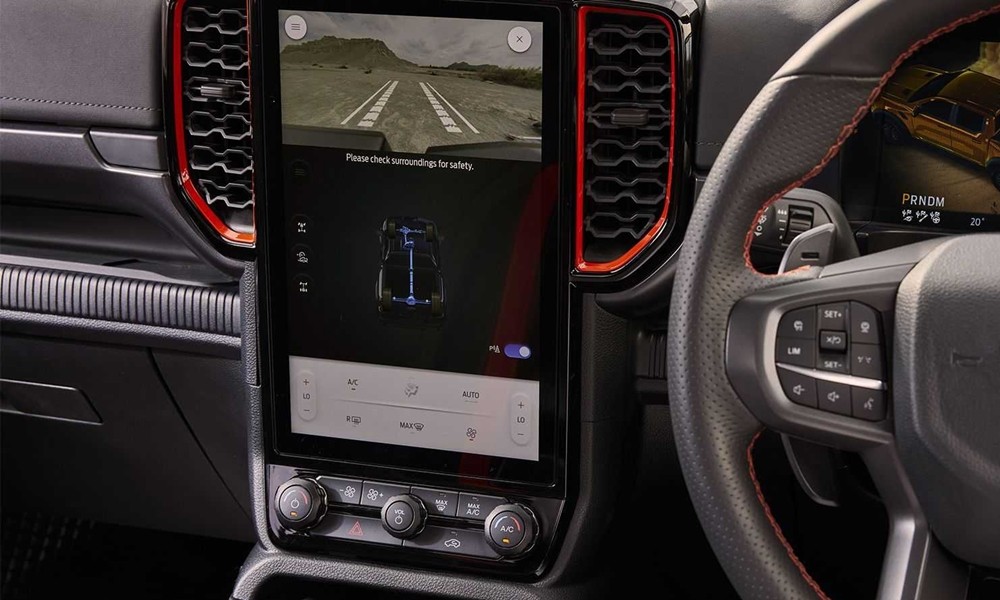 The driver has at his disposal and 7 drivers (Normal, Sport, Slippery, Rock Crawl, Sand, Mud/Ruts and Baja, the latter is intended for fast distances away from the asphalt) to adjust the performance of the engine, the operation of the automatic transmission and the transmission, depending on the terrain on which the car will be called to move. With many personalization possibilities and an advanced exhaust system that has two active valves to the sound typically changes when the driver wishes. 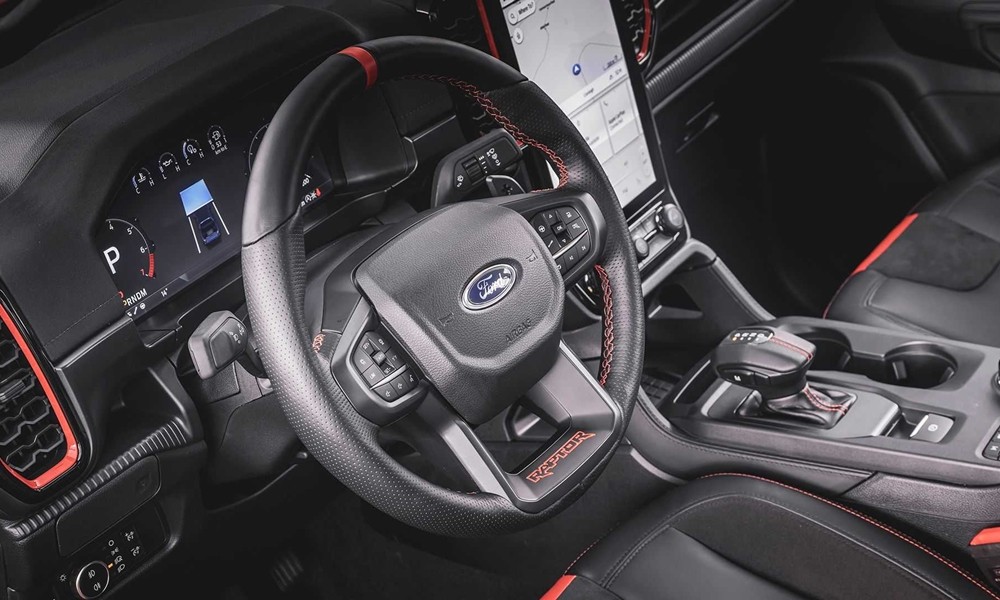 The Ranger Raptor clearly shows its orientation which is none other than meeting the need for performance. Especially with the new 3.0 liter V6 petrol engine that returns 292 horses and offers its driver the “excess” power he wants to move quickly on any kind of surface. 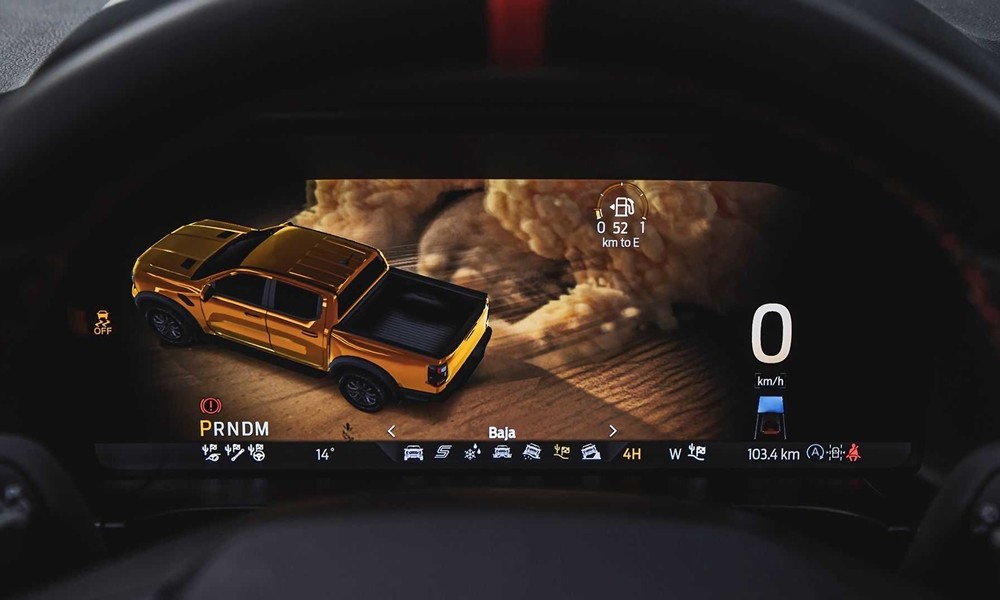 The latter is taken care of by the post that has received its “blessings” Ford Performance who for the occasion chose a set of shock absorbers Fox with a larger diameter than the existing one Ranger Raptor which provide 25% more efficiency than existing ones Raptor. Compared to the latter, we have to say that the suspension now has a longer travel for both the front and rear wheels.

At the same time the locking of the front and rear differentials in combination with the large tires in 17-inch wheelswhich have a total diameter 88 cm because of the tires with him clearly off road orientationensure in top Ranger even more off road capabilities compared to the existing model. 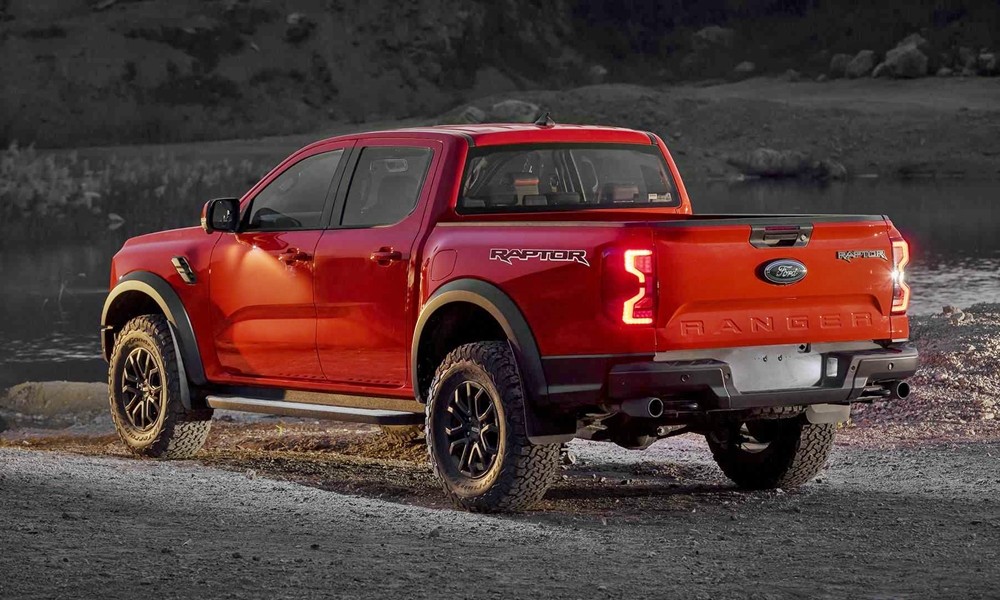 As “responsible” for its extra power and dynamics new Ranger Raptor“Photographed” as mentioned above V6 twin turbo engine of 3,000 cubic meters. It is one of the common denominators that the newcomer shares Ranger Raptor with its corresponding version Bronco. In total all three Raptor in its range Ford have some common features. Its leaders Ford, talk about performance reminiscent of a sports model – without having given specific numbers and acceleration times from standstill or in motion.

New Ford Ranger Raptorwill be available with both diesel. One will be the well-known 2,000cc that drives the current generation while the second option will be a V6 . We do not yet have extensive technical specifications for any of the mechanical assemblies. 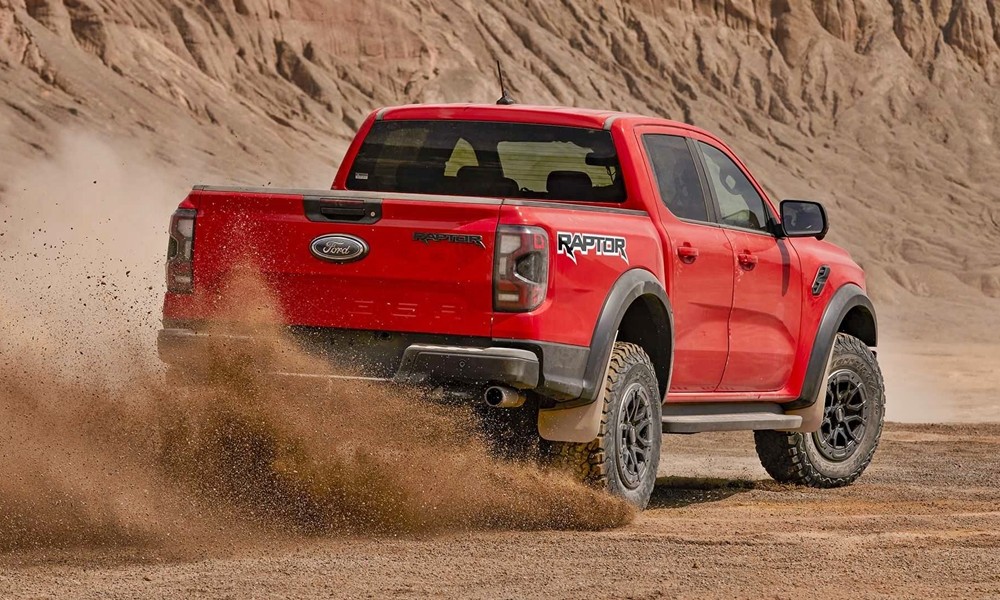 Prices for new Ford Ranger Raptor have not yet been announced and this is expected to be done towards the end of the summer, at the same time with the launch of the model in the local markets of Europe. In the site of the company however, interested parties can express their willingness to more information and look for ways they can do it order their.

READ ALSO:
Ford Puma: Safety first
Do you like this 1978 Ford Escort MkII?
The Ford Bronco Everglades with “worker” and snorkel (+ video)

The reaction of the car market to the collapse of the ruble: there is no hype yet