There are so many riders who spend their lives on a scooter.

Others are motorcyclists who get tired of wet shoes when they go to work or the raincoats you have to wear and others are motorcyclists who have witnessed traffic and want to find an easy and practical way to get around. The second category even considers that scooters look more like two-wheeled cars, which is why it has attracted many riders who have never ridden a two-wheeler.

Thus the Kymcoseeing this huge audience, decided to specialize its new scooter, DTX 360 with some off road touches attracting another audience.

High wing like a muzzle at the front, ok it’s not like a clean motocross but it definitely shows the new direction. Sharp design lines, which try to give a more adventure character and mixed use tires, which is the most essential intervention. Without forgetting it traction control with the possibility of disengagement.

Kymco made its new scooter slightly dirtapparently in order to fireball at its reception by consumers and depending on the results, the next model will be dirtier or will return to scooters purely for the city. 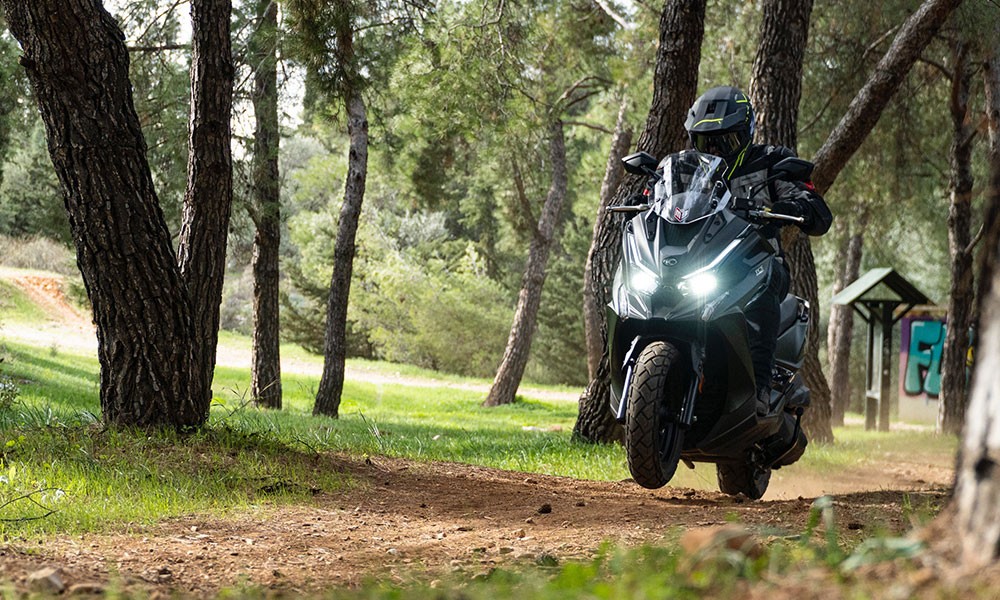 When we say earthy or adventure as Kymco prefers to call it, it is obvious that we are talking about a scooter that can move comfortably on the cobbled streets of the islands during the summer holidays, it will be able to take you to the most secluded beach via a passable dirt road and up there. Otherwise the new DTX 360 will have to go through endless traffic jams, to protect its rider from the elements of nature in the half hour journey home – work and generally to be an economical and stylish means of transport for every day.

The driving position is relatively highputs the body on and not inside the scooter thus giving an even better control between the immobilized cars, but also on the dusty dirt roads of the Greek islands in the summer and is such an ergonomics triangle that serves various rider heights. 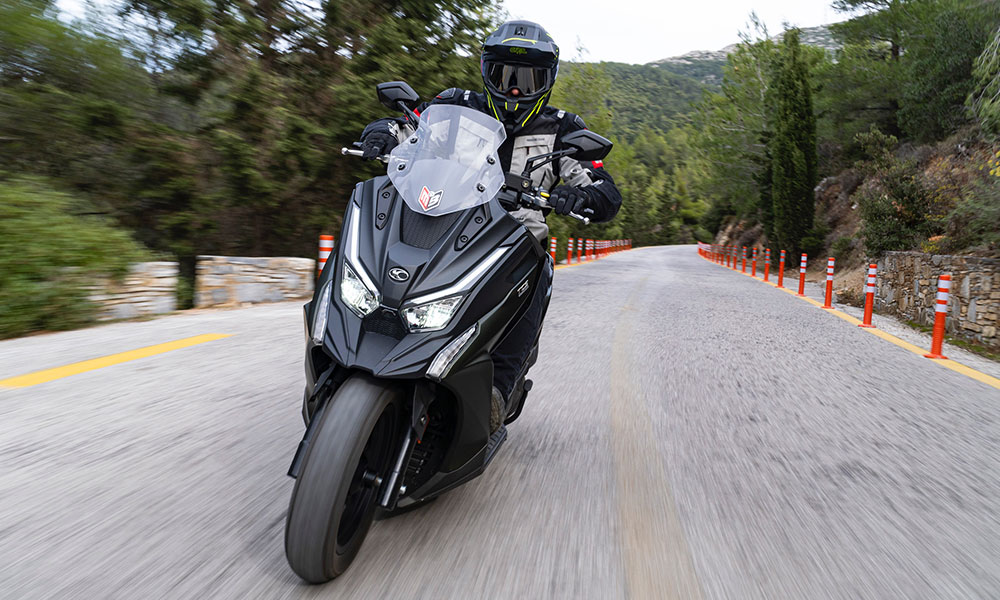 Kymco is generally a company that invests in high standards and this can be seen in the DTX with the quality of construction being top, as well as the finish and the application of plastics.

Everyday life on the new DTX will be enjoyable, since it has a large saddle for two people, with a corresponding space under it for two full face helmets. The DTX has a keyless start system and it impresses the digital LCD instrument panel with large white numbers on the speedometer and the basic indicators that more reminiscent of a motorcycle dial rather than a 300-inch scooter. There is a usb port in the front cabinet of the apron, but also another one on the steering wheel for the use of a mobile phone or a GPS. 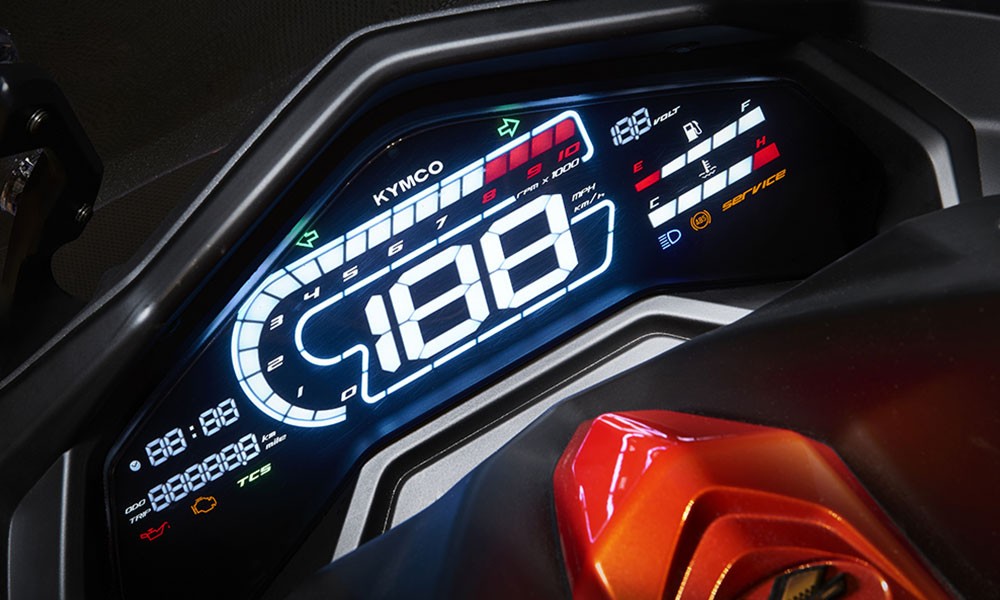 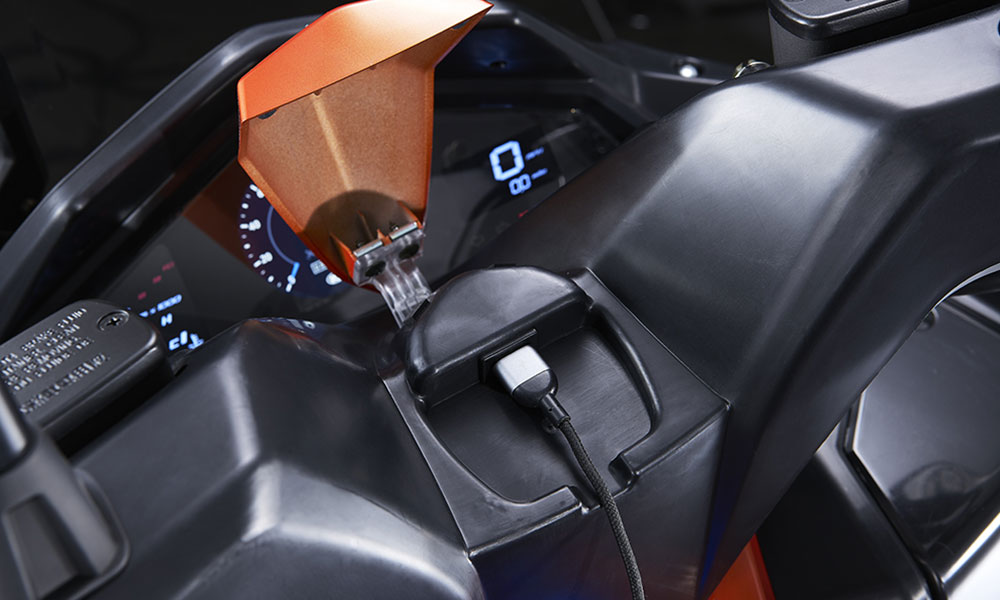 Its transmission is set to “short” so that gives quick starts while it is noteworthy that there are no vibrations anywhere.

also there is traction control which however can be deactivatedso that the rider can experience the joy of sliding on the ground.

The sound of the exhaust is bass with some small cracks in the throttle closing to set your mood. 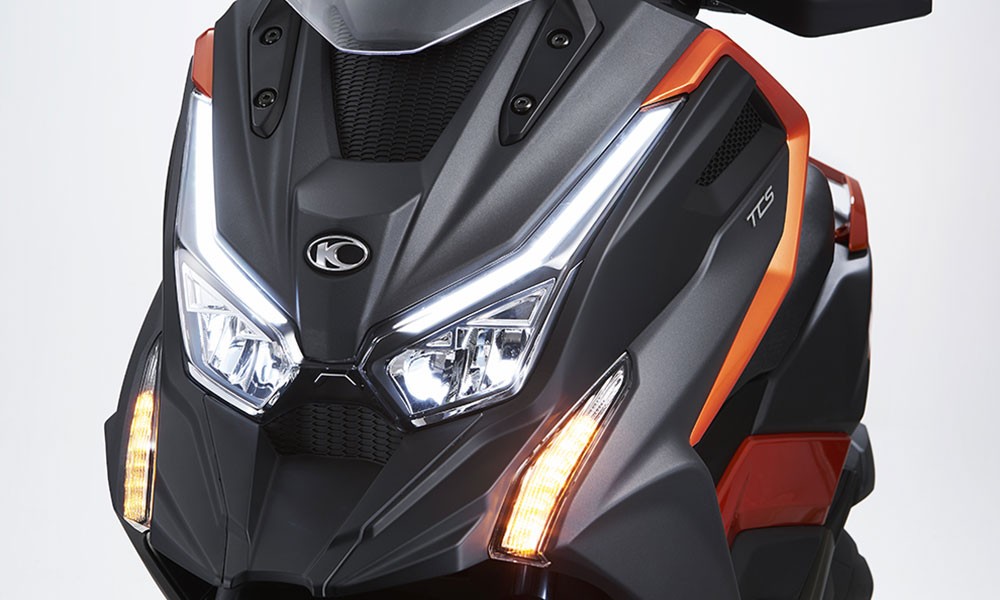 The DTX frame is designed from the ground up for this particular scooter. With a telescopic fork and two vertically mounted shock absorbers with spring preload adjustment in 5 positions, the DTX grip is one of the best in its class, it can only be seen a little tight on the passenger.

The 260 mm front disc brake and the 240 mm rear disc, but also with two-channel ABS, the new DTX offers a very good and strong braking. 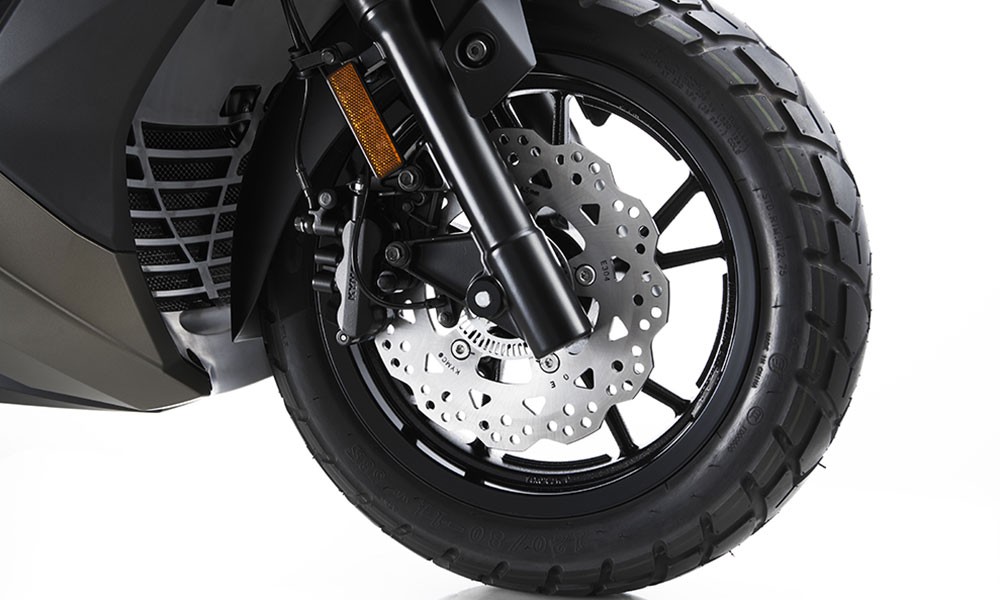 Steering wheel that cuts a lot for flexibility in movement. Weighing that hides the weight of 194 kg, engine that pulls with heat throughout the range of operating speeds, but also a top speed of over 140 kilometers per hour, DTX is made with a recipe that will not leave anyone complaining.

When it comes to dirt terrain, the DTX can make off-road crossings on passable dirt roads and take you to a secluded beach, with the tires giving you more confidence, just there.

The central stand is low, as well as the engine and an awkward passage on rough terrain can cause irreparable damage. 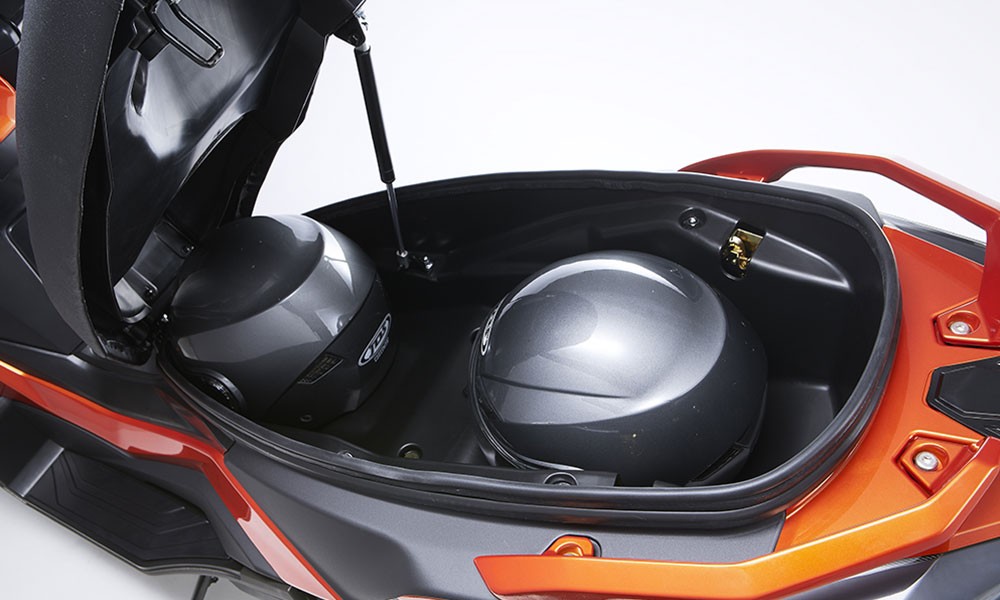 It can take you to work and get you back safely, it is fast, it is economical, it has spaces and protection from the weather. It can take you on a journey with 120 km comfortably, it can go down to deserted beaches, it has very good grip and it moves almost everywhere with characteristic comfort. It may not be as adventurous as Kymco wants it to be, but it is what is needed for Greece and all this with 5,995 euros.

As always the final choice is yours.

The Institute for Highway Safety (IIHS) put a hard time on Ford Mustang Mach-Eas it was tested with one of...

For an individual car owner from Moscow who has not been involved in traffic accidents at the age of 35...

Closed for 12 hours will remain the Thursday (6/10) Ionia Odosin the part between it Uneven Junction (A/K) Avgo and...