Renault and Nissan are “small and fragile” according to Carlos Ghosn 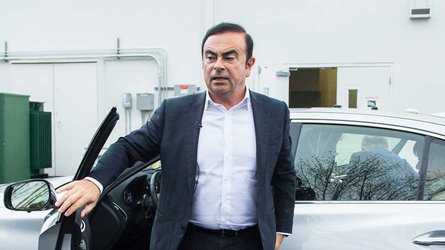 At a press conference held on Friday February 18, Renault announced its financial results for 2021. The company returned to profitability last year and also announced several new 100% electric vehicles for next three years.

Everything seems to be going well for Renault, but its former CEO, Carlos Ghosn, seems to see things differently. In an interview recently given to our colleagues at Parisianthe ex-car magnate continued to criticize the decisions of the Renault-Nissan-Mitsubishi Alliance.

Renault currently holds a stake of around 43% in the capital of Nissan, while the Japanese firm holds “only” 15% of the French company. Carlos Ghosn has always spoken out in favor of closer ties between the two manufacturers, but the leaders of the Japanese brand have always remained cautious about the idea of ​​getting closer to Renault.

The Lebanese businessman of Brazilian origin, aged 67, also returned to the strategy of the Alliance and in particular that of Renault, “which is only a shadow of its past”.

“The truth is that the world’s largest manufacturer has become a fragile small manufacturer”said Carlos Ghosn in the columns of Parisian. “It saddens me to see that Renault is only a shadow of itself”. He also said the recent communication from Renault management that the brand’s problems today stem from the “race for volumes” was “indecent”. “They could have come up with something a little more subtle”added Carlos Ghosn.

The former leader was also very critical of Renault’s current CEO, Luca de Meo, who is betting on a strategy of “value rather than volume”. He pointed out that he was not particularly happy with the way the brand strategy is evolving because, according to him, “strategy is only 5%, action and results are 95%.”