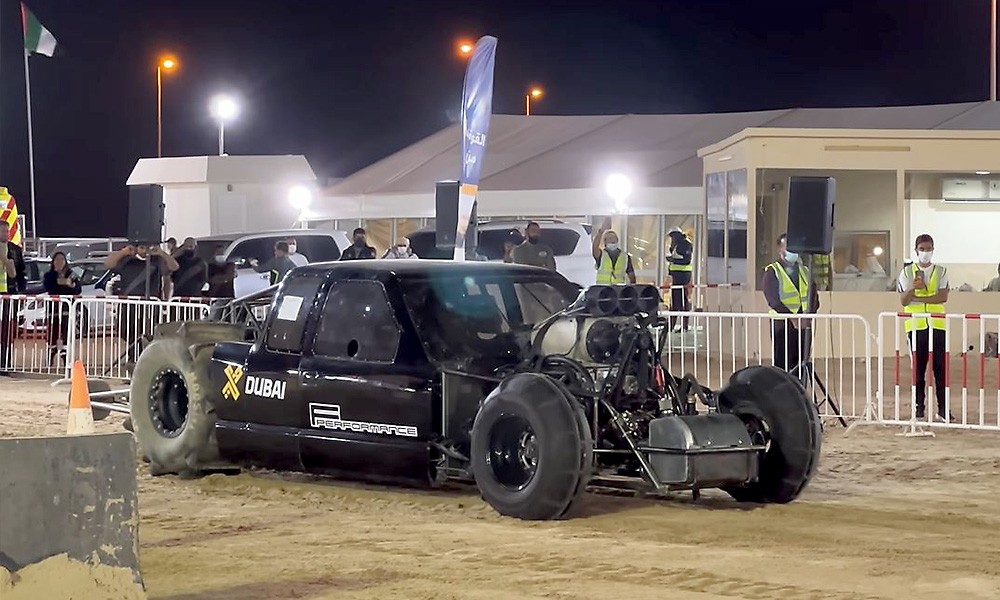 In an area of ​​the world where most problems are solved, a struggle dragster on the sand looks like a perfectly normal spectacle.

For the people of the Emirates, the main problem is that they will spend their time and a lot of money. And one of the most attractive combinations of both is to build their cars and take part in any kind of race.

And when everything is exhausted on the asphalt, it is the turn of the sand, which abounds in these places. After the ascents to the dunes, pThe dragster race on the sand is also good for a form of race that gathers a lot of madness, thousands of horses and all kinds of mechanical extremes.

The “cars” that participate are mainly self-made, with engines that have undergone any kind of surgery, and with their performance ranging from the humble 500-600 horses up to over 1,500, when the American LS V8 comes into play.

There are also extremes such as the “monster” that appears at the end of the video with over 4,000 horses, which has so much power that it can open the straight as another Suez Canal.

It takes countless hours to do all this, special bulky tires to be able to step on loose sand, and endless madness. Which you can enjoy by clicking play in the video to see how grains of sand become thousands of dollars in a matter of seconds.

READ ALSO:
Souza with the twin turbo Corvette on a dragster track (+ video)
United Arab Emirates builds a supercar (Video)
From the Emirates to Oman with… side (video)