The incredible Ukrainian vehicle that the Russians envied (+ Videos) – Carneg.com

The Sherp the Ark from Quadro International is a true all-terrain vehicle and impresses with its off-road capabilities but especially when it… finishes off the ground under its huge wheels.

A normal war machine transport of everything made by Ukrainians. A vehicle that even the envious of Russians manufacturers of weapons systems!

The Ark is the complete version of the impressive ATV, to which he has also connected a platform with the motion being transferred to each axis and in this case. The speed reaches 30 km / h on the ground and the operating autonomy at 82 hours to cover really long distances under adverse conditions. The platform can be modified according to the requirements and can be made from a passenger cabin to a carriage with its own crane or even a caravan ambulance, with a payload of 3.4 tons. 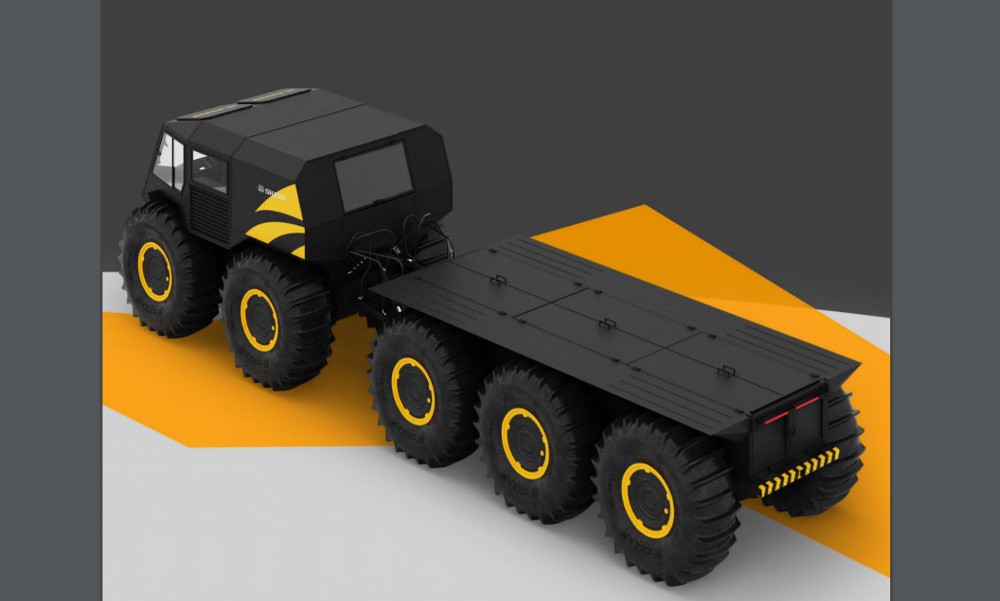 The Ark is an advanced vehicle that can carry anyone everywhere… But it is made using very simple technology. The reasons are obvious since in extreme conditions mistakes are not allowed. Its simple construction is due to the decision of the designers to be able to be easily and quickly repaired anywhere with the use of minimal tools even by staff who do not have much mechanical knowledge.

Even the internal combustion engine is designed so that it does not need an external power source (battery) to operate, while inside there are water pumps in case it enters the cabin. Also the traditional suspension is absent and in its place is a spiritual one.

The Ark specifications reassure with an approach and escape angle of 40 degreeswhile it can pass over ditches up to two meters long and obstacles 1.5 m high. Also due to the volume of its tires, with each of them having a capacity of 800 liters of air, it can float in the water and travel with speeds up to 6 km / h even if its tires are completely deflated.

Its tires inflate and deflate from the exhaust gases with a special system so that there is always the right pressure depending on the ground with the drive system on all axles can and also adjusts its operation. Its operating temperatures are from -50 to 40 degrees Celsius.

Watch the Ark in action in the videos below

Rich problem, he can finally buy his LaFerrari Aperta!

This Honda NSX is different - Carneg.com