NASCAR races in Daytona always end dramatically. In the first match of the year for the professional championship was Myatt Snider, who had the first role in the drama and the US news bulletins.

The Daytona 500m event was episodic once again. Myatt Snider in the last lap, had a cinematic accident, from which he managed to get out without a scratch.

The duration, speed and many cars on the oval track are usually the causes of the many and impressive accidents that occur in NASCAR speed racing. After usually three hours of racing, with 20 or more cars moving at 300+ kilometers, very close to each other it is natural to have contacts and strong hits.

Something similar happened to NASCAR Xfinity Series in Daytona. The result was a scary moment in the last round of the race, when Myatt Snider’s car he leaned on his front car and ώθηκε took off. 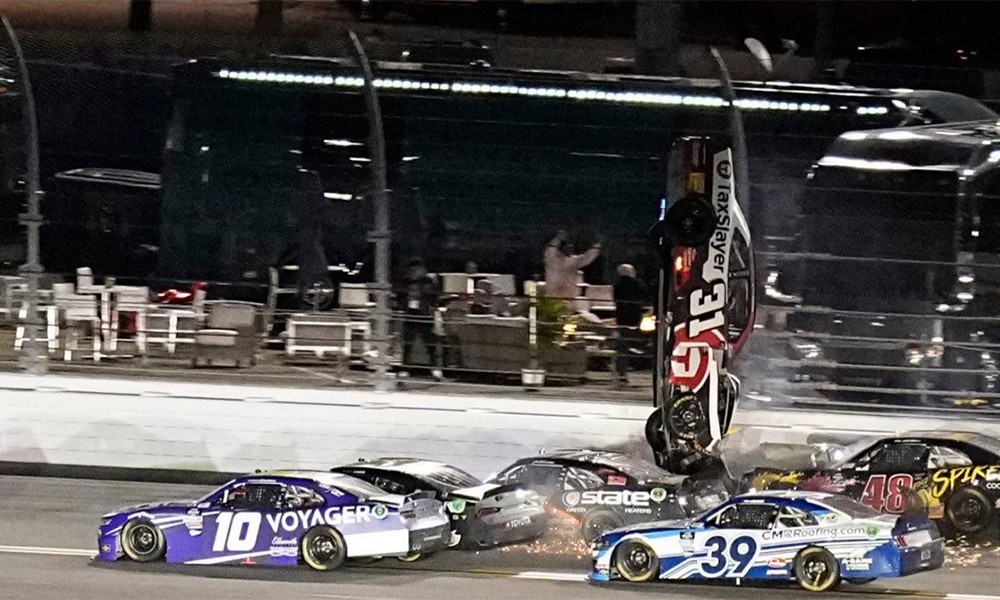 He then hit the wall and started spinning and banging on the guardrail. He overturned and hit the asphalt where he stopped. The latter collision destroyed both the front and rear of the car, while launching the entire engine on the track.

Fortunately, Snider got out of the damaged car without a scratch and later wrote on Twitter: «Where to start? I’m grateful to my @TaxSlayer engineers, who built a fast but safe CamaroHe added: “Thank you that the Lord upstairs kept me safe. As the event unfolded I managed to pray 5 times. He must have heard some of them. “

The 27-year-old from Charlotte, North Carolina said his door and seat were the only parts of the car that did not hit and promised to return to the next race at the Fountain in a week.

READ ALSO:
These are the new NASCAR races (+ video)
Award half – and put – a century later! (+ video)
NASCAR racing will be hybrid

New versions... and prices. Renewed DS 9 in Portugal from April

AvtoVAZ is preparing a new increase in prices for Lada