The five cylinders that made history – Carneg.com

The extremely fast new Audi RS3 gives us the opportunity to recall the best 5-cylinder units that have been installed in cars in the last 30 years.

The 100 km / h from a standstill, with the new one Audi RS3 is a case that lasts less than 4 seconds.

The 5 cylinders that we have on our list, was not as fast in absolute numbers as the new one RS3 but for their time, they did it wonderfully. There are several on the list Audias well as some Ford but also Volvowhile there are also some surprises of important cars that had a similar version. 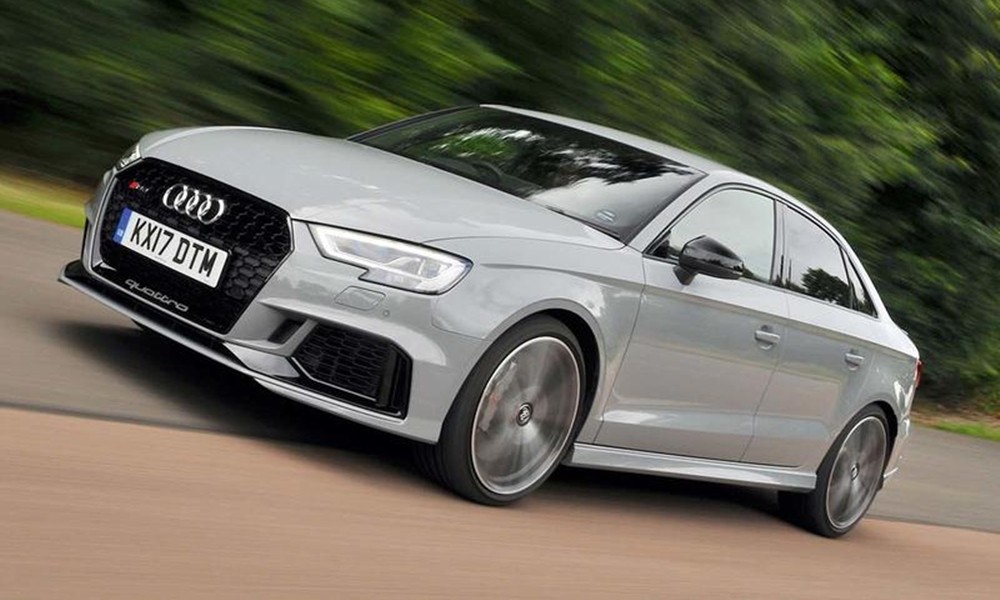 The upcoming RS3 is actually the updated version RS3 which was released in 2011 and underwent a renewal in 2017 (which was also on the cover of the first issue of the Greek edition of the magazine Car). The maximum power was 400 hp which for the 2017 model, was enough to stop the timer at 4.2 seconds when accelerating from a standstill to 100 km / h. The existence of the system also plays an important role in the exploitation of this power quattro. 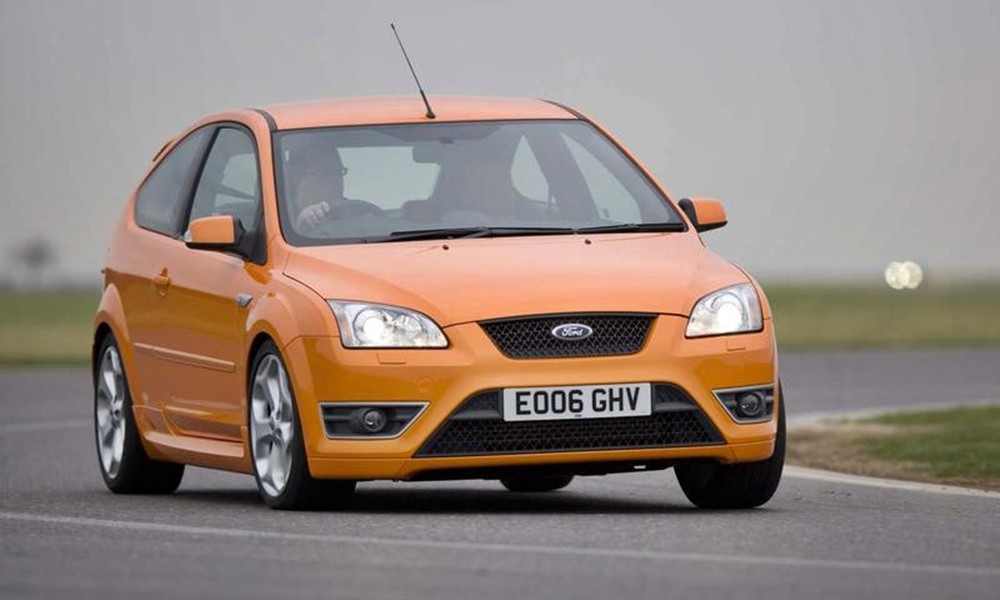 The Ford Focus ST second generation, released in 2005 (after the excellent Mk1 Focus ST with the two-liter atmospheric set that produced 170 horsepower) and used it turbo five-cylinder engine of 2.5 liters with 225 horsepower. We saw the same set under the hood of the version RS of Focusonly there their power was increased 305 horses. The roots of this particular engine must be sought in its “shelves” Volvo– as we will see below. 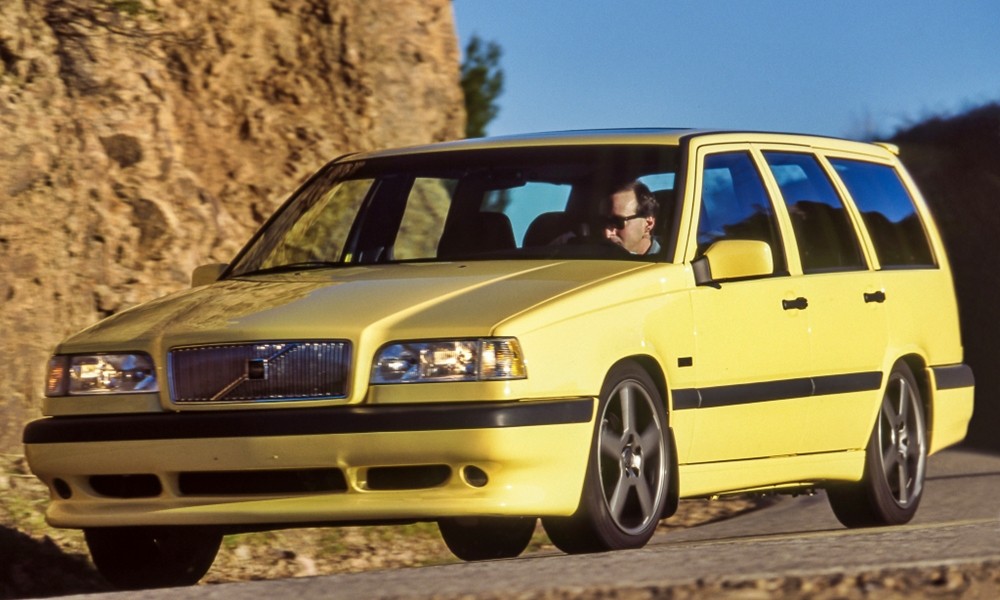 Making great appearances at British Touring Car Championship (BTCC) which in the 90’s in what had to do with the spectacle, really, had no rival, the Volvo 850 with the station wagon body, wrote his own story. The T5 was the first potential Volvo 850, which was released in 1993 with a turbo 5-cylinder engine with a capacity of 2.3 liters. The output was 225 hp (if it reminds you of anything), while in its latest version “R“, The output had reached 250 hp. 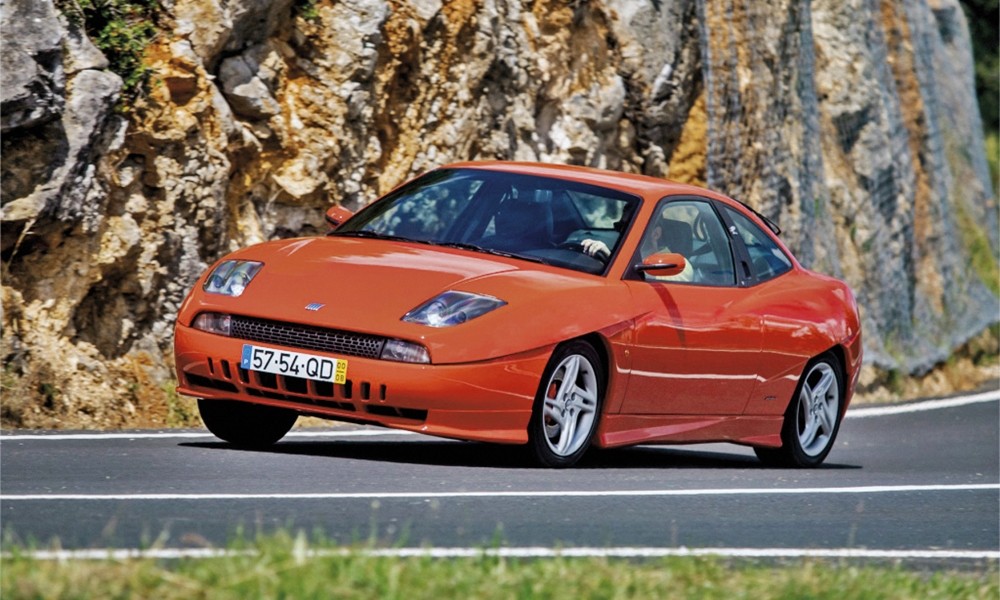 Its design coupe body, “signed” o Chris Banglewhile the interior had all the style of the world, as depicted by the house Pininfarina. The fiat coupe from the beginning he won the “eye” by making sympathies with his appearance alone. In its flagship version, the model was based on an enhanced version of its platform Fiat Tipounder the front hood was one turbo five-cylinder engine with a very typical house. The performance offered at fiat coupejustified the excitement of the show. 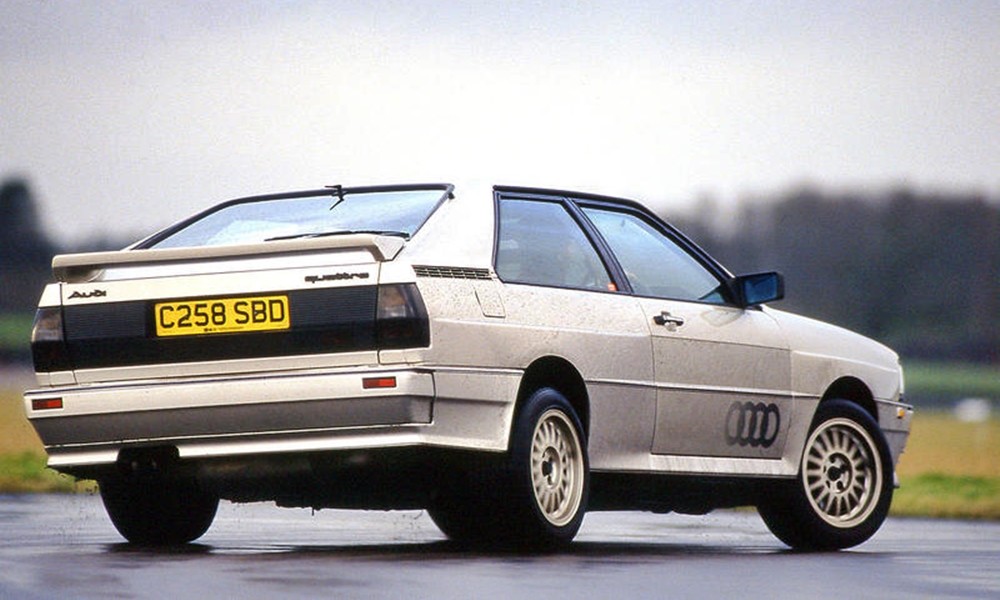 The Audi Quattro (officially the Audi insists on “lowercase” q in the quattro) is the car that most people think of when discussing the five-cylinder engine. This four-wheel drive coupe with 200 hp, by turbo 5 cylinder with a capacity of 2.1 liters, was when the ultimate “all-weather weapon” was introduced. Its racing versions have remained in history, with the characteristic hue of the five-cylinder accompanied by the rhythmic staccato burst of the scaffoldwhile the “thing” passed sideways in front of the people who gathered on their special routes rally. 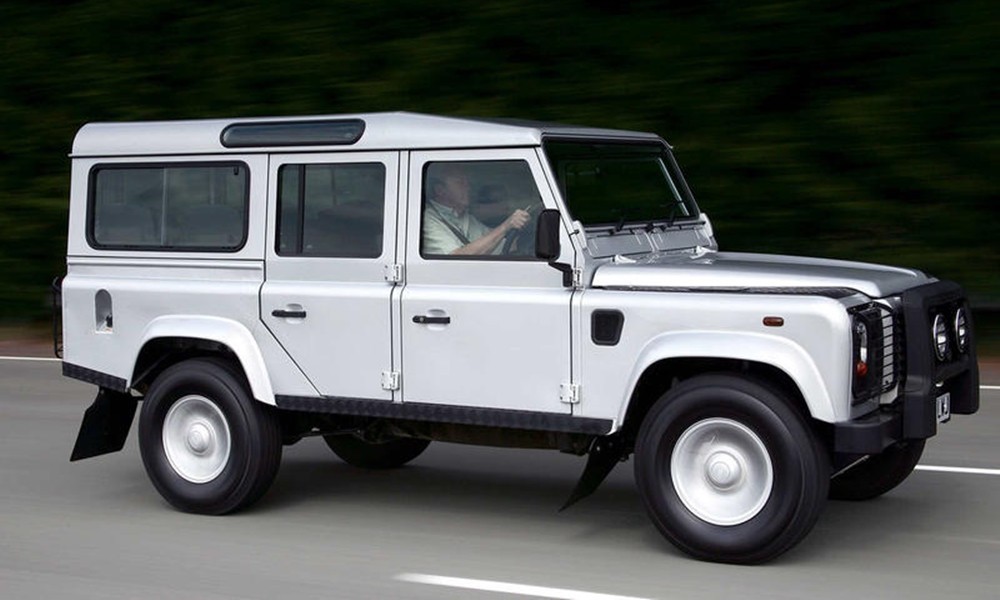 Available from 1998 to 2007, o five-cylinder Td5 was the last engine diesel from the Land Roverwith the company eventually replacing it with a four-cylinder TDCi used in conjunction with Fordwhich used it widely in Transit. THE Td5 is an engine with a strong emphasis on torque output from low operating speeds, which has gone down in history for its monumental reliability. 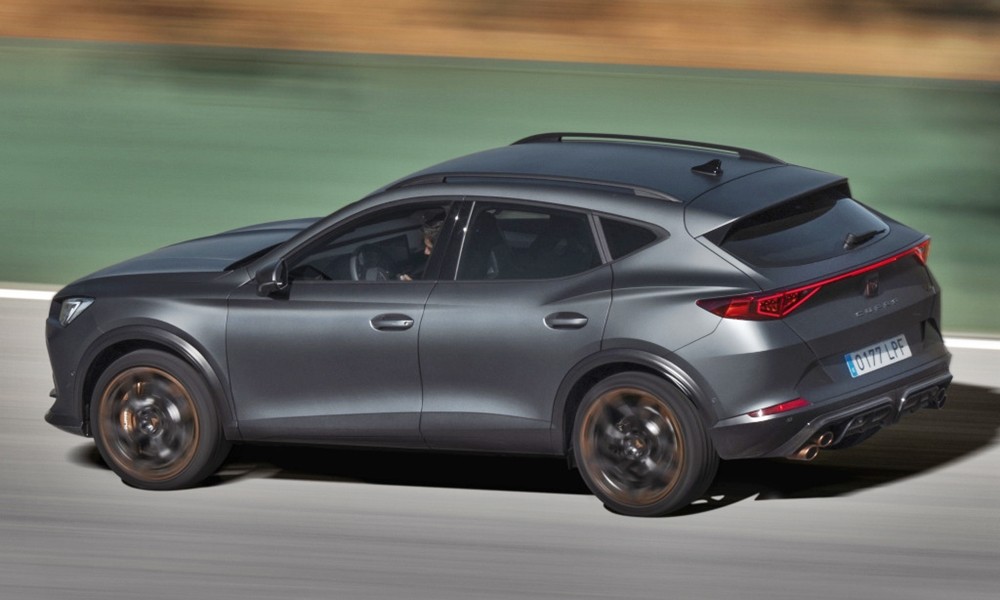 The Formenter VZ5 is the most powerful SUV of Cupra to date, with the turbo five-cylinder 2.5-liter engine delivering 390 horses. Production is limited to 7000 units, all with the steering wheel on the left. The depth of its performance 5 cylinderfits particularly with the exuberant nature of the potential SUV of Cupra which wins the impressions with its behavior on the road and the well-tuned suspension. It is, of course, the engine that with different settings, is under the hood and Audi RS3 and TT. 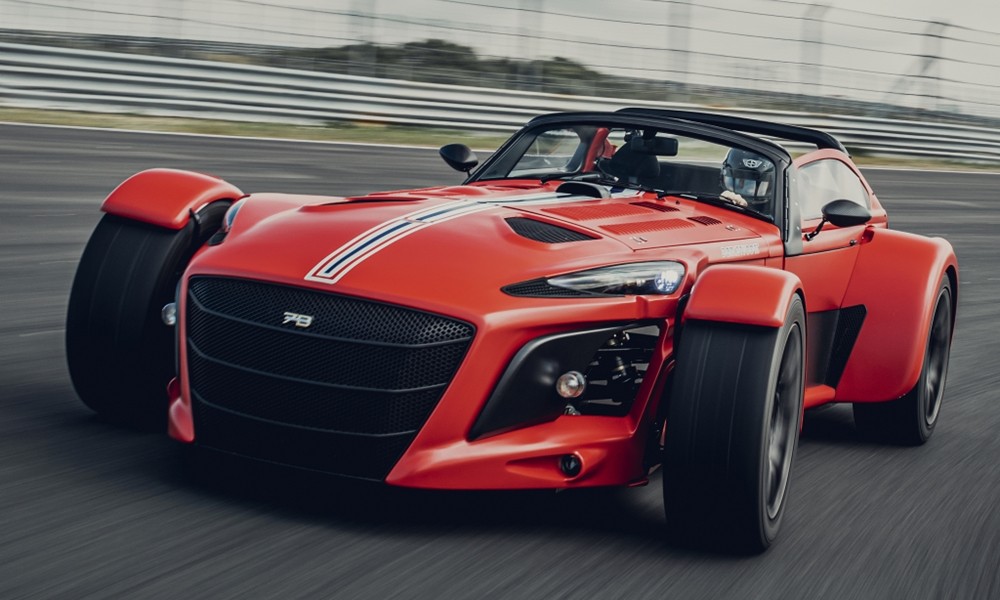 The Donkervoort D8 GTO-JD70 is based on the regular D8 GTO and was built to celebrate its 70th birthday Joop Donkervoort. Only 70 will be built and the 2.5 liter engine with 420 horsepower herecomes from Audi. The high efficiency of the engine and the limited weight ofν 680 kilosis a combination that creates conditions performance similar to that of supercars. Of course, it requires a lot of attention and special experience. 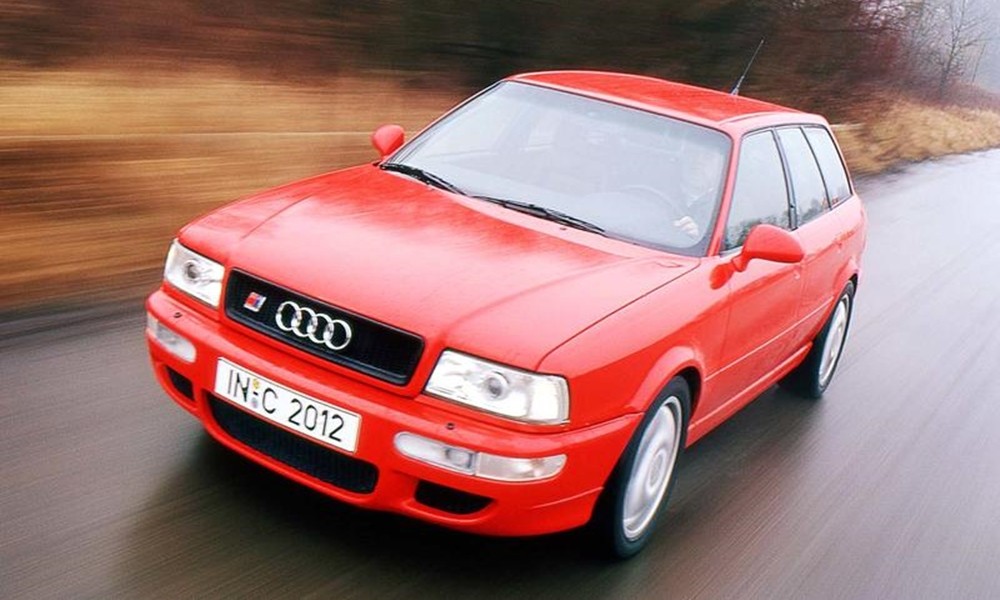 Probably a factor as to why they’re doing so poorly five-cylinder turbo in passenger cars– and yes, family. The RS2 it was essentially one Audi 80 powered by a five-cylinder 20-valve turbocharged 2.2-liter engine, which had received its treatment Porsche and produced 311 horsepower. The four-wheel drive helped to reach 100 km / h in just 4.8 seconds, which for his time, was time “spaceSince we do not forget that “we are” in 1994.

READ ALSO:
End titles for the Audi Q2
In Greece the electric Cupra Born (+ prices)
Is the Fiat Punto back as an SUV?

Toyota Corolla 2023: The key points for the facelift of the best seller of Toyota

Is it the Dodge Hornet, clone of the Alfa Romeo Tonale?