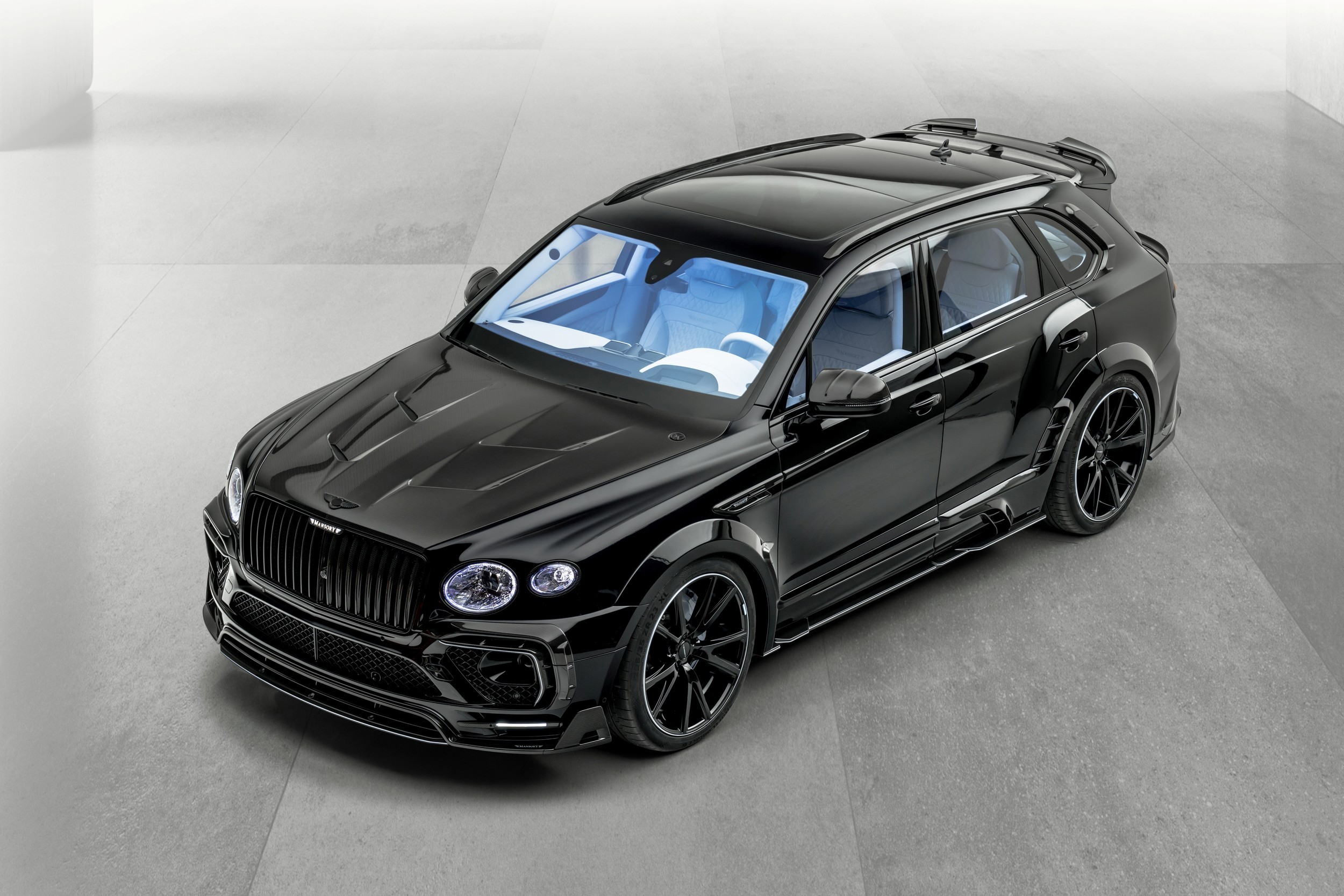 The German studio Mansory has been tuning the Bentley Bentayga since the debut of this model in 2015, but only now has it finally reached perfection in this field: a modified version of the top Speed ​​version with a brutal widebody kit and boosted to 900 hp is presented. W12 engine.

Bentley has its own court atelier Mulliner, but it deals exclusively with visual tuning, and it is emphatically aristocratic and seasoned, and therefore no widebody body kits and other vulgarity. Nevertheless, there is demand for extreme tuning of Bentley cars, especially for the Bentayga crossover, which today accounts for 40% of the British brand’s sales, and especially after the recent debut of the Aston Martin DBX707 – the most powerful production luxury SUV in the world at the moment: its Mercedes 4, The 0-liter V8 produces 707 hp. and 900 Nm, acceleration to 100 km / h takes 3.3 s, top speed – 310 km / h.

The stock Bentley Bentayga Speed ​​with a 6.0-liter Volkswagen W12 engine is weaker: 635 hp. and 900 Nm, with it the luxury crossover picks up the first “hundred” in 3.9 s and accelerates to a maximum of 306 km/h. Bentley Motors itself does not plan to build muscle for its gasoline crossover, it now has completely different tasks – preparing for the release of the first electric model in 2025 and completely abandoning the internal combustion engine in 2030, so customers have to turn to third party tuners.

Back in 2016, Mansory introduced its own version of the Bentayga with a W12 engine, but then the power was “only” 700 with a little “horses”, and the body kit was rather ingenuous. Now, in addition to the restyled crossover, the top version of Speed ​​has reached new heights in terms of design and performance. The engine was equipped with new turbochargers, a new low-resistance exhaust system and a new control program, thanks to which the output increased to 900 hp. and 1250 Nm. Whether there are any changes in the ZF 8-speed “automatic” for such a frantic torque is not reported. Acceleration to 100 km / h now takes 3.5 seconds, the maximum speed has increased to 323 km / h.

The body kit is richer, more sophisticated and yet more elegant, with many elements made of lacquered carbon fiber, which Mansory bakes itself. The crossover received a new front bumper with a built-in splitter, LED lights and side flaps, a new carbon fiber hood with four ventilation slots, wheel arch and sill extensions, carbon roof rails and lining behind the luggage windows, a double spoiler on the tailgate, carbon taillight rims and a new rear bumper with a developed diffuser and two twin tailpipes. The wheels on the car shown in the photos are 23-inch, but 24-inch can also be installed.

The interior of the Bentayga is generously decorated with carbon fiber, a plumper steering wheel with a relief rim is installed, the number of diamond-shaped voluminous leather inserts is increased: for example, in stock they are only in the upper part of the door cards, and Mansory also decorated the door pockets with them. The same exquisite material is now upholstered in the central tunnel with an armrest, and the floor mats and trunk upholstery are also made in the same style – Mulliner’s studio would hardly have allowed itself such a number of rhombuses, even if the client insisted very much …

The Mansory studio does not name the cost of improvements, but it is clear that the price is cosmic and there are people who are ready to pay it.

The Bentley Bentayga Speed ​​passes into the hands of Mansory

Renault novelties in 2022: two models for Russia, a hydrogen car and others

What breaks in the tie rod end and how to find a breakdown? - KOLESA.ru - automotive magazine