Beware of these fake profiles on Blablacar! 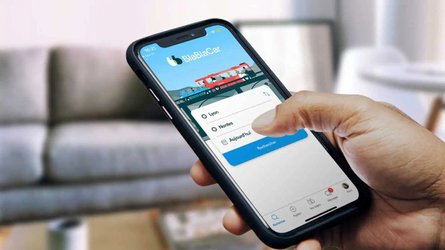 Fake profiles are rampant on the carpooling platform Blablacar to steal your money. The process is simple but well established, we do not know how many people have fallen into the trap.

Journalist Valentin Hamon–Beugin almost fell victim to it “which (possibly) involves Russian hackers” he says in a series of tweets. The journalist from L’usine Nouvelle wanted to go from Paris to Douai by carpooling and then booked a trip with a certain “Tiphaine” for the sum of 9 €.

Tiphaine accepted the reservation, but very quickly, he received a cancellation via an email announcing that he was going to be reimbursed for the amount paid. The next day, he tried the experiment again, this time with another driver named Sophia. Same story, the driver accepts but the trip is canceled a few minutes later.

Sophia then contacts him by WhatsApp, explaining to him that the trip was canceled due to a server error and that Blablacar’s assistance service was going to provide him with a link in order to validate the trip again.

“Innocently, I click on the link, and there I come across a page that looks exactly like Blablacar. Innocently (again), I fill in the requested information, and I proceed to payment. I am then redirected to a page where we asks me for my credit card code”, explains Valentin Hamon–Beugin.

The journalist quickly realizes that he is the victim of a scam. At the time of payment, he received a message from his bank asking him to enter his code for the payment of 900.89 BYN (Belarusian ruble), or about €310 for a €9 trip!

First, a fake ad is posted by the hackers on the carpooling platform. You will notice that these hackers all have one thing in common, as they are usually recently registered profileshaving no no picture and zero reviews.

The person interested in the announcement reserves, sees the reservation confirmed then very quickly canceled, this is where the pirates come into action. As Le Parisien points out, once the reservation has been made, the Blablacar system allows the carpooler (the hacker) to retrieve the telephone number of the passenger (the victim). The hacker seizes it and contacts his victim via WhatApp claiming that the trip was canceled due to a technical problem and then sends a new link so that the victim can confirm the trip again and pay.

If the victim is not observant enough, he will pay the amount requested on a fake payment page thinking he is validating his journey. In reality, the money goes to the pirate and the ride will never happen.

For its part, Blablcar insists and strongly recommends looking at the profile of the carpooler (or carpooler) before booking. If his profile is blank (no review, no photo), it is better to turn to another carpooler.

“If a driver asks you to pay via a link on WhatsApp, by SMS or elsewhere than on the Blablacar platform, it may be a phishing attempt: in this case, you must refuse and inform Blablacar”can we read on the Blablacar website.

In which country does the production of Dacia Duster stop?