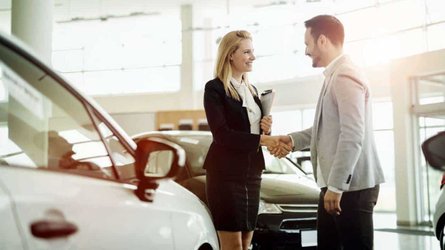 The year 2022 got off to a slow start for new car sales in Europe, paralyzed by the shortage of electronic chips, while manufacturers await a rebound in the market at the end of the year.

With 682,596 new cars sold in the European Union, manufacturers had their worst month of January since the start of the statistical series in 1990, with -6% compared to the month of January 2021, already historically low, specified the Association of European Automobile Manufacturers (ACEA).

Only Germany rebounded by 8.5% compared to a very weak month of January 2021, while Spain remained stable (+1%). Close to the EU, the UK also recorded an impressive rebound in sales (+27.5%) after months of decline. Away from the EU, car deliveries also fell in January in the United States and China.

The shortage of chips again and again

Torpedoed in 2020 by the pandemic, the automotive market has remained paralyzed in Europe and America since the spring of 2021 by a shortage of semiconductors. These electronic chips, mainly made in Asia, are essential for the manufacture of telephones and laptops, but also cars which increasingly incorporate more technologies.

Logistical problems have been added to this and, despite full order books, most manufacturers have thus recorded a sharp decline in their sales. Due to a lack of available vehicles, buyers have turned en masse to the second-hand market, driving up the prices of recent vehicles.

Expected rebound in the second half

ACEA, however, predicts that auto sales could rebound with a stabilization of the supply of chips in the second half, and in the absence of a new variant of Covid. Manufacturers forecast a 7.9% increase in Europe in 2022, to 10.5 million registrations, while remaining far from their 2019 level.

The share of plug-in hybrid and electric vehicles continued to increase in January, but “It remains a fragile market, highly dependent on purchase aid and, above all, the availability of a charging network”warned in early February the president of the ACEA and CEO of BMW, Oliver Zipse.

“There is clearly an effect of semiconductors, which plays negatively on the volume of deliveries”underlined Thursday Guillaume Crunelle, of the cabinet Deloitte. “But we are also switching to a more electric world, and there is a real question about the prices of the available offer”.

“The shortage of chips will be resolved over time. The challenge for the years to come is the ability of manufacturers to deploy models compatible with the purchasing capacities of the population”Guillaume Crunelle told AFP.

The automotive groups are already not equal in the face of the paralysis of the market. The Volkswagen group recorded a 7% drop in sales in January, in line with the market. Its runner-up Stellantis is more affected (-15.1%), with poor performance for its Peugeot, Fiat and Citroën brands, in particular.

Skoda Fabia: With spaces and amenities of a larger category - Carneg.com

How much does a used Tesla Model 3 cost in Greece? - Carneg.com