The Honda SH 150i has arrived – Carneg.com

Since then he has managed, silently but steadily, to complete his mission by offering enjoyable and trouble-free travel in style, and to become one of the favorite scooters of the old continent.

That first scooter brought with it the recipe for success: an economical as well as vibrant engine, suitable for use in the city and on the highway, combined with a flexible and reliable behavior thanks to the stability provided by the 16-inch wheels. And all this with an elegant, premium style.

Having spray system PGM-FI from 05YM, for the last 14 years the SH150i and its sibling 125cc have managed to represent the ultimate means of urban transportation with a perfect balance of style, reliability, economy and exceptional usability.

And of course this is a model that is constantly and carefully evolving according to the growing needs and expectations of the owners. After all, Honda wants to always offer them an even better version of their SH. 13YM acquired him low friction engine Honda eSP (enhanced Smart Power) and Idling Stop technology, increasing power and improving consumption. For 2017, the look was renewed with more sculpted lines, front / back LED lights and its addition Honda Smart Key. 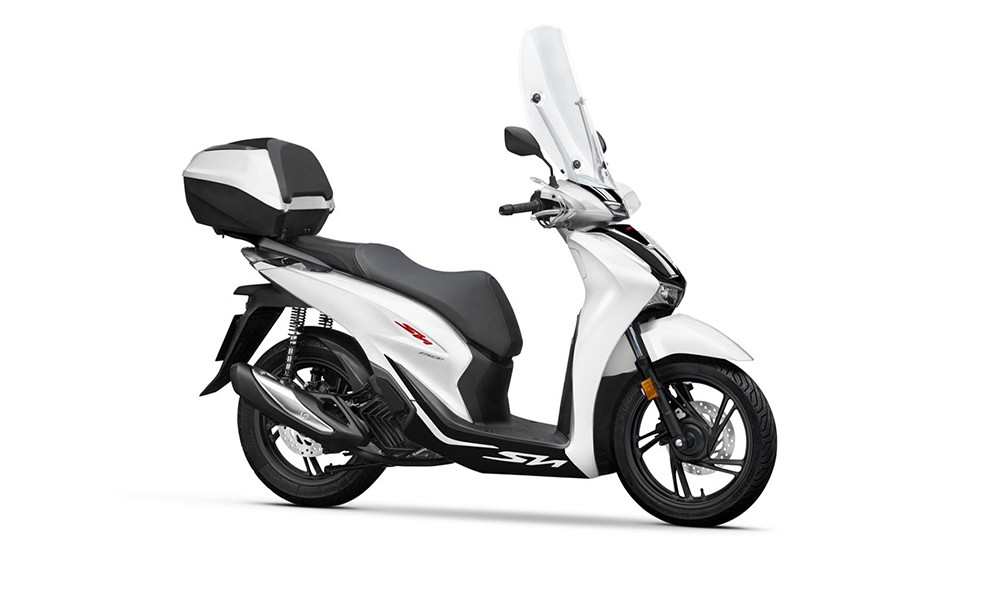 For the 20YM, the SH150i – which is manufactured at Honda’s plant in Atessa, Italy – and is hugely popular in the Italian market due to legislation banning 125cc motorcycles on highways, was a completely refreshed scooter. Continuing the glorious history of its predecessors, the SH150i became faster, even more stylish, comfortable and easy to use while remaining economical in terms of purchase price and operating costs. In any case, it is a SH and, therefore, the standards remain high.

For the 22YM, two sleek new colors, with unique red logos and black rims give it a more sporty note and make the SH150i even more desirable.

The SH150i 22YM is equipped with the known single cylinder eSP + engine 157 ml who performs 16.9 hp and 14.9Nm of torque, is equipped with traction control system HSTC which prevents the rear wheel from slipping in case of loss of traction while we have a significant change in frame of the scooter which remains steel tubular but has a different layout. This allows more storage space under the saddle 28 liters.

Lightweight 16-inch cast aluminum wheels have always been an important factor in the ease of handling and stability of the SH150i on a variety of roads and are combined with tubeless tires Michelin City Grip dimensions 100 / 80-16 front and 120 / 80-16 rear.

The brakes have a two-channel ABS system, while the weight of the scooter reaches 134 kg.

They are also added to its equipment keyless boot systemLED front and rear lights and dual digital LCD screen with plenty of information and modern graphics.

Mid-engined Chevrolet Corvette for the first time received a turbocharger