Golf, one of the strongest brand names in the global automotive industry, acquires the GTE version – a glove for the needs of markets such as Greece, which want to harmonize with the general expansion of electricity while still having the relevant infrastructure in its infancy.
This is not the first time this has happened and it certainly will not be the last. No company could “finish” her absolute best seller.

In view of her electrical revolutionthe VW it would make a lot of sense to feed the myth of the offspring – you say with ID.3– “at the expense” of the car that brought her here. But this is not at all simple, not to mention it would be like shooting her legs if for the sake of the electric future, he sacrificed one such a brilliant precedent. 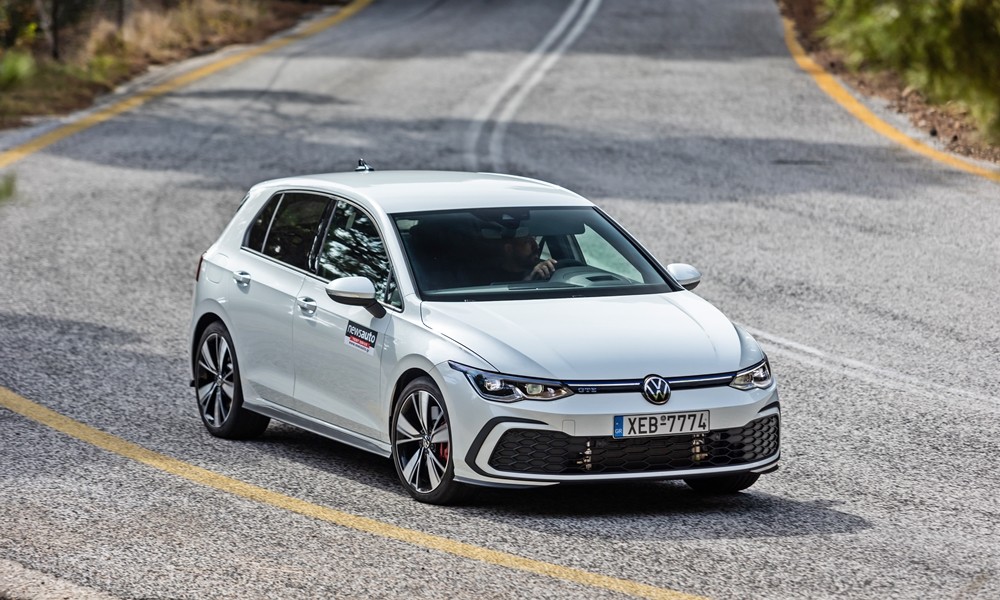 The Golf, after all, it is not a common car case. Is from the rare cases where the product has far exceeded the reputation of the manufacturer company and as brand name in many cases it turns out to be “heavier” and more important.

In this case, we have before us the most “compatible” with the “today” Golf case that one can look for in the price list. It is not the “simple” hybrid version of the car but the “drum” with the electric motor of 95 hpwhich forms the combined performance at 245 hp. 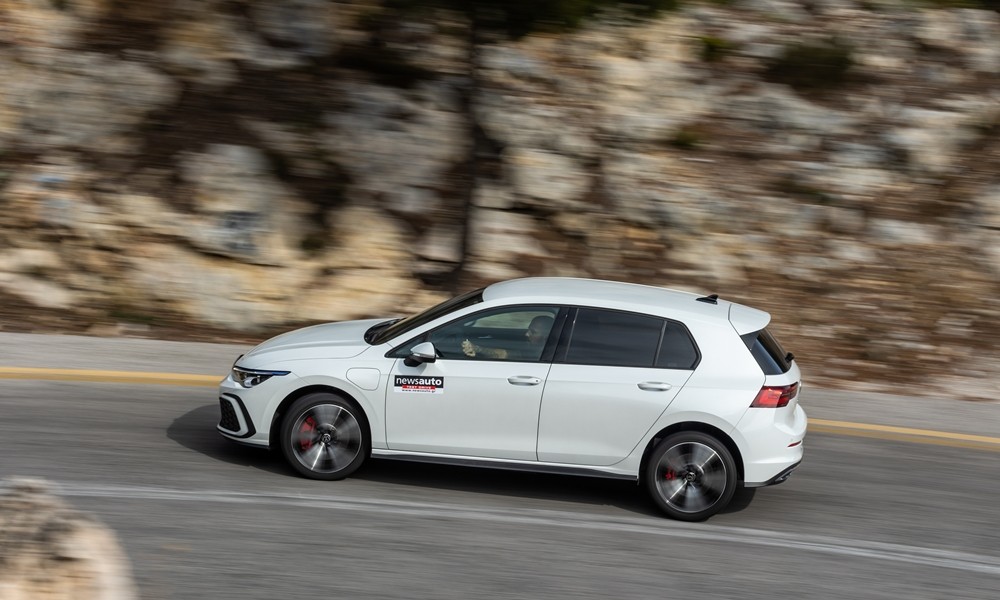 THE 1.4 liter gasoline engine (with him the hybrid pattern of the model had evolved and did not change even today that the 1,500 hp has replaced it in the rest of its versions Golf) is the one who offers the remaining 150 hp to bring the overall performance to GTI levels.

The Golf GTE so it has a battery 13,0 kWh which provides him with a electric range up to 62 km -According to what the manufacturer announces. It is this hybrid combination that makes it relieving travel costs and at other levels of great interest, starting with his exemption from the obligation to pay road tax, with just 26 gr/km CO2 which states. 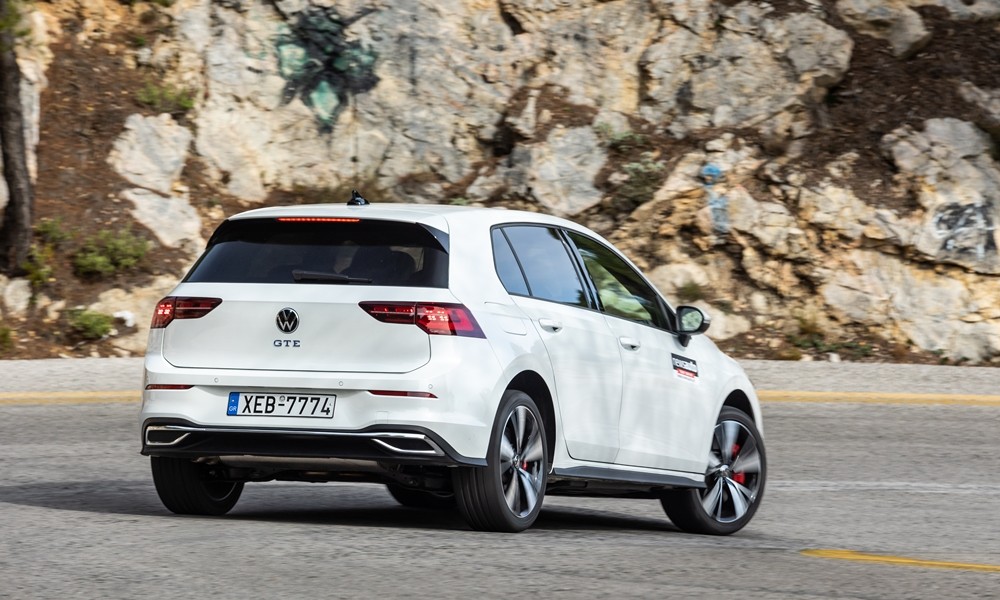 Of course circulates daily in the center where there is a ringwhile we must tell you how still and 62 km of electrical autonomy to never see the driverwhat he sees easily exceed 50 km. and give comfort in handling daily movements with minimal cost.

Easily and without having to make concessions, his driver Golf covers all his daily needs with electrical autonomy and has “kavantza” the gasoline for the weekend excursions. This is where ta nice GTE. You see, what one would expect from one Golf hybrid, would have lost his driving balance, with the extra weight leading to -logical- appearances cruises and therefore side effects from the suspension. 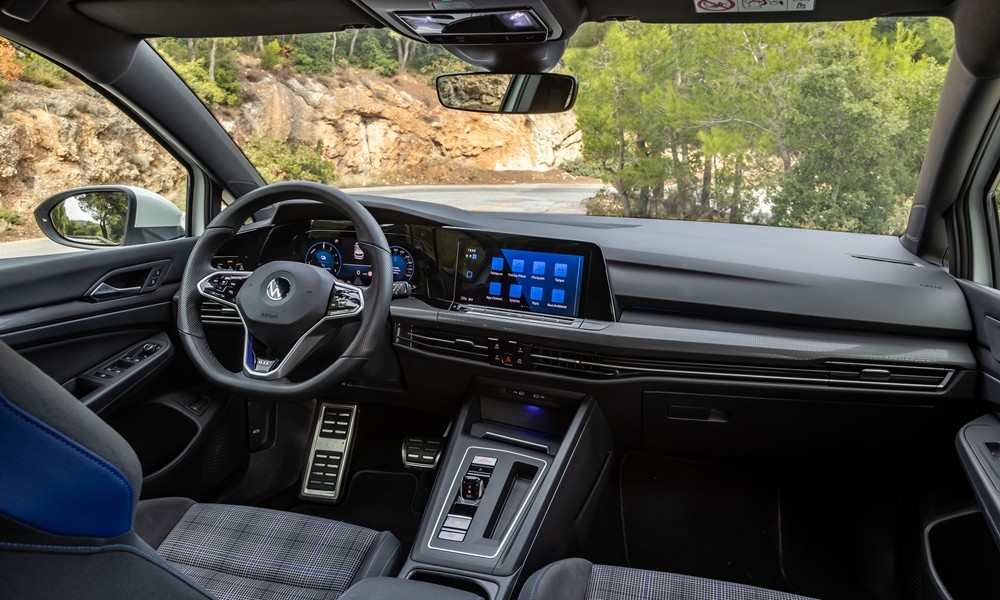 The GTE refutes the expectations of the species. It remains pleasant and solid in any environment which will be found, giving its driver the characteristic confidence of the press but also the appeal to excellent weight management on winding roads. It is clearly sportier than the “simple” hybrid version of the model.

The post is comparatively tighter, but without getting tired in any case. His steering wheel remains exemplary in information transfer, despite the electrical assistance that would formerly contribute in the opposite direction, mainly thanks to the exemplary framework which highlights the mechanical virtues of the whole. 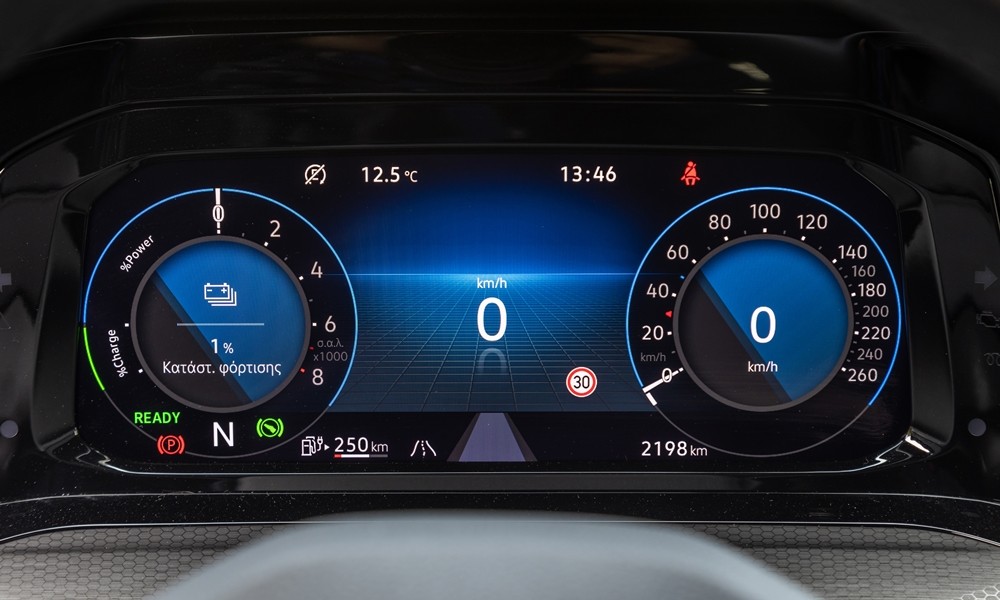 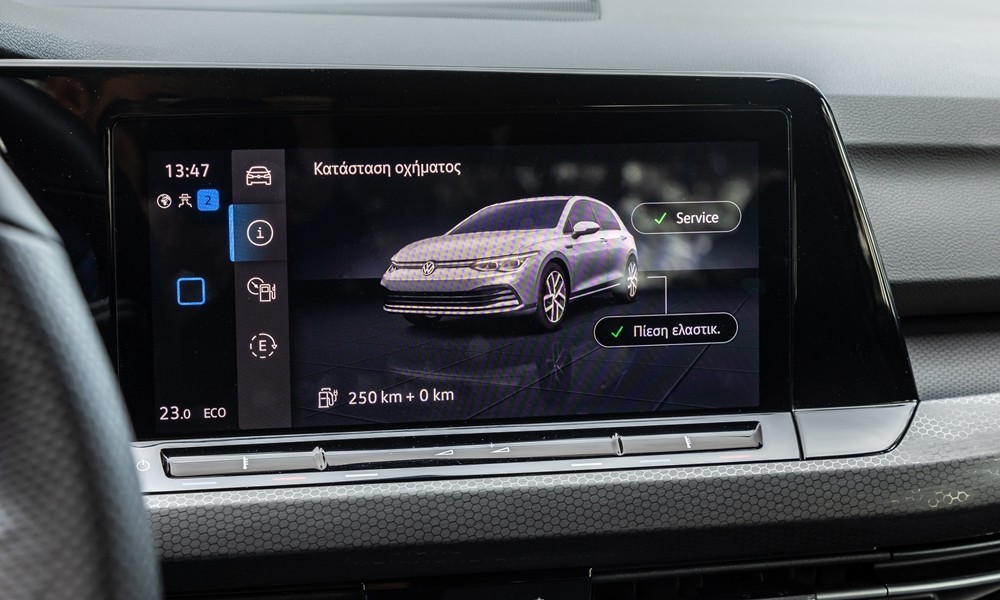 The GTE succeeds and is most capable in the hands of one who wants the joy of driving and sure for the vast majority which appreciates a constant push and fullness in character. The 200 extra kilos compared to the “typical” GTI, they do not seem to alter the character of the car in that it has to do with pushing on demanding routes.

THE stability is there, like the “consent»Of the chassis when the driver is in the mood for sporty driving. She who rapidly depletes electricity reserves who may be solely responsible for moving the car at speeds up to 130 km / h and brings him to the fore in an emphatic way spirited turbo 1,400 hp which sounds a little harsher than one would expect under pressure. 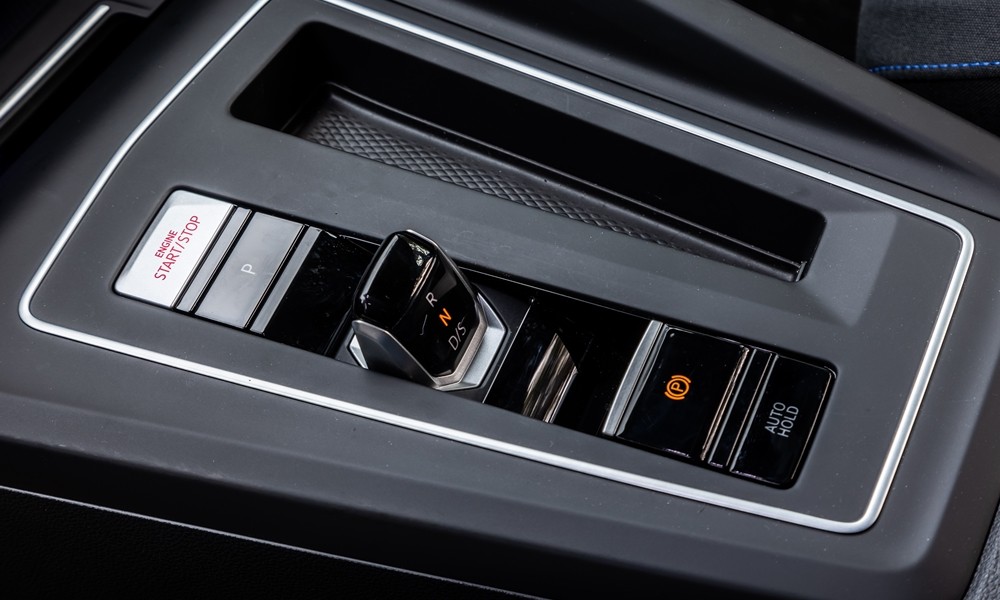 The box consents to the sporty mood of the driver with more stagnant changes and maintenance of rpm. of the engine in the highest fields of the tachometer, using the program “Sport”For the box that selected separately from the corresponding driver if the driver wishes. In any case, the GTE stands up to the circumstances reminding everyone why he has the crown of the difficult category in the Greek market in recent decades.

Where “fullness” we said earlier, put in addition to the adequacy of engine power, the corresponding spatial superiority of the cab which is welcoming even for five adults. THE retreat imposed by the hybrid nature of the car, has to do with the luggage space, where its floor stands higher than the rest of the Golf and is less than 102 liters. 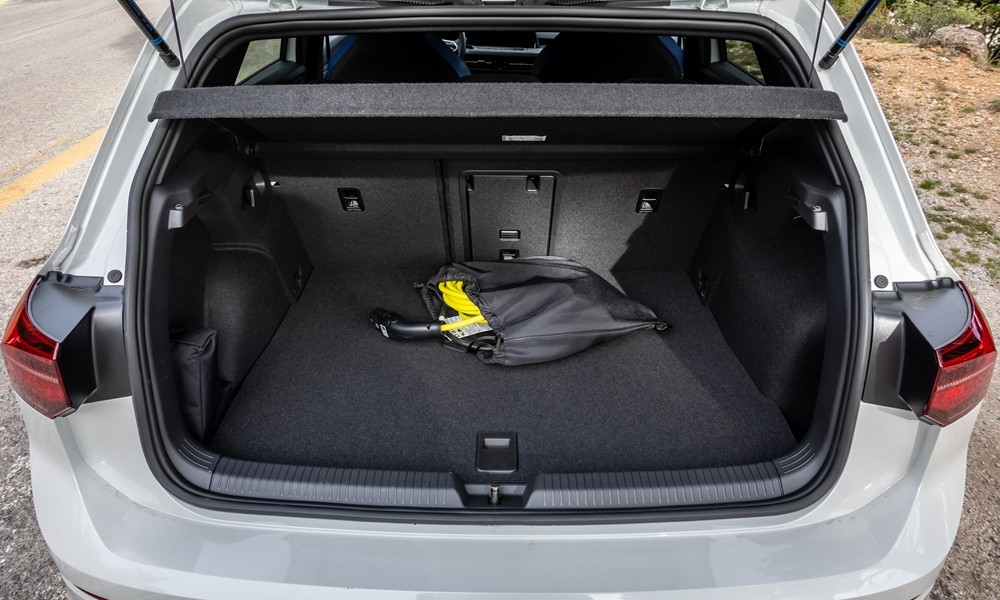 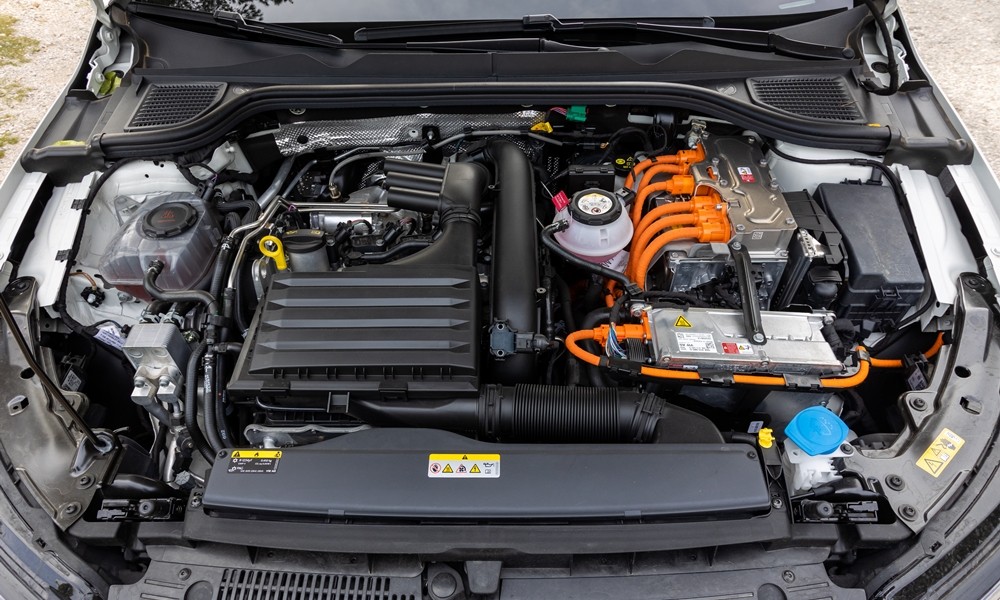 There is nothing that one can ask for in Golf GTE does not offer it. The digital interface of the dashboardgives parametric access with default combinations to all the functions of the hybrid set but also to a many auxiliary systems where make the driver’s life and operation of the hybrid system easier.

Through the central display on the dashboardthe. can be selected charging the hybrid system battery at whatever rate the driver chooses, during the journey. By the logic of having power supply reaching the urban center that you will only move electrically. 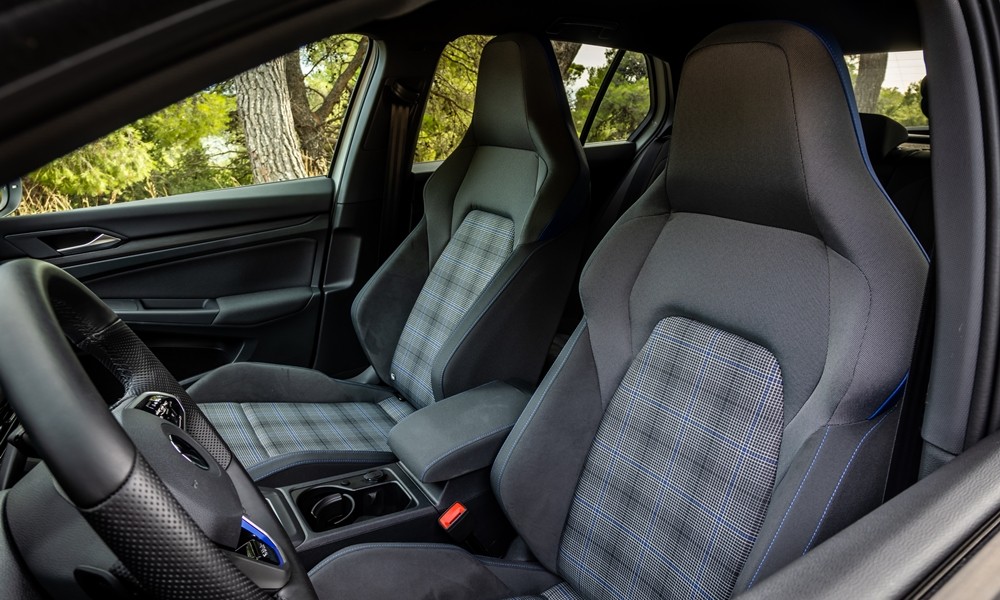 This feature is exceptionalsince it works quickly, charging the “dry” battery, with the relative burden of course, on fuel consumption. Having done a few miles with it GTEis impressive the pas easily as it stays below 4 liters for every 100 kilometers and in fact it is this element that makes the difference from everything else in the VW range has over 200 hp.

There are not many visual elements that make it GTE different from the rest of the Golf. THE box on the front left wing for the socket and the light line it covers full width forwardalong with the logo GTE which is centrally placed in the metal part of the fifth door but also in front right of the brand, under the blue strip that is illuminated at night. 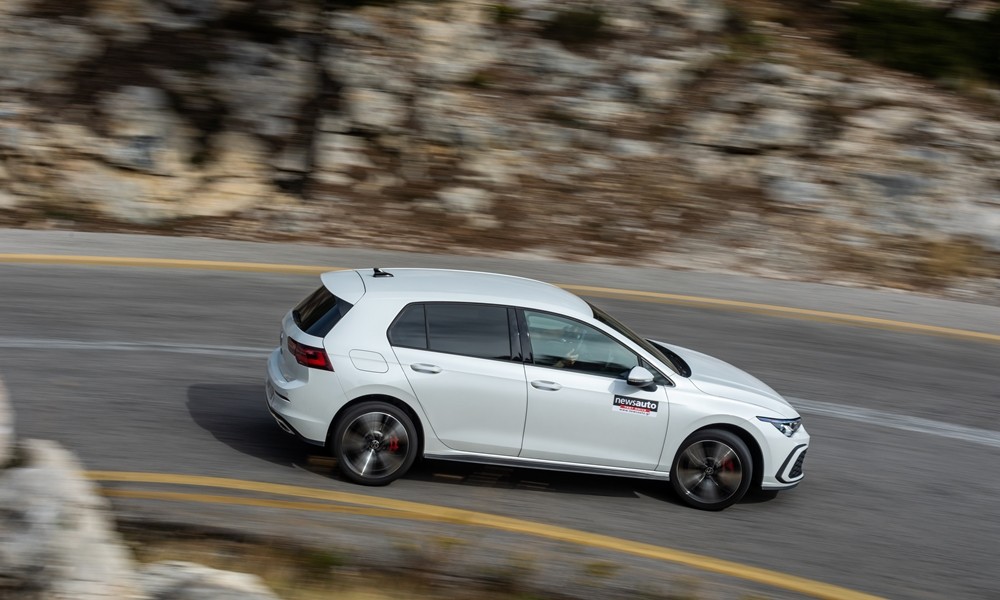 Likewise in interior where the checkered upholstery of the seats give the stigma of sporty style, since this pattern has been established as a feature of the GTI version. The environment is completely familiar, with the small selector on the center console to give the stigma and the στην quietness to the cabin to be the dominant feature.

Thanks to her, the quality construction of the Golf who does not understand from paved roads and potholes, refusing to creak even if he has to face distinguished cases of defects in the provincial network but -mainly- in the urban road network. 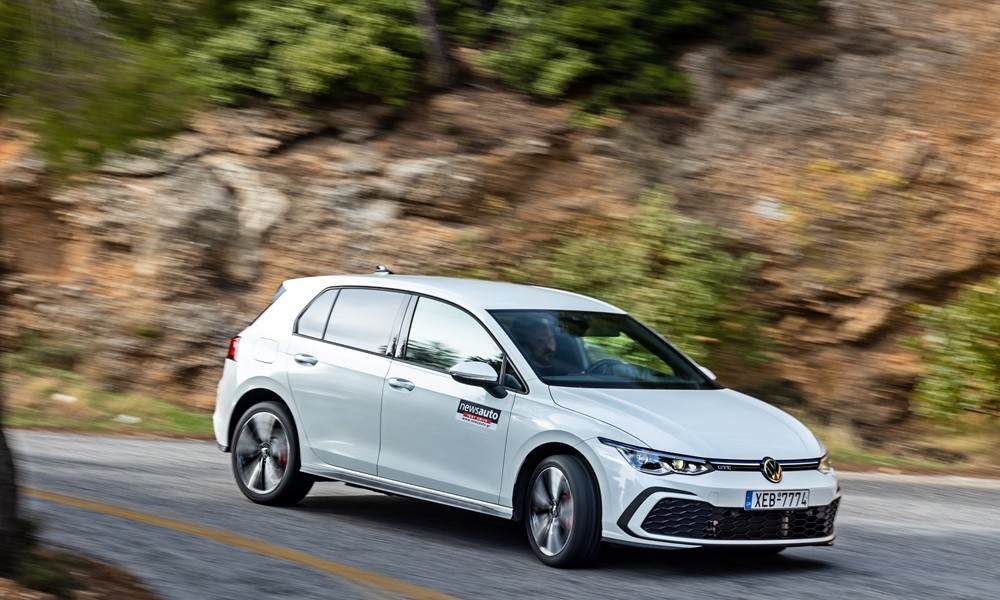 She is and the added value to the investment one is required to make in order to obtain the version GTE of Golf. They are not few 45,650 euros of the basic version of the model that yes it may not lack anything in terms of equipment but it does not cease to be one Golf. Of course it “compares” with GTI and in some important points that have to do with the economic-technical approach, it excels.

Anyway, the cost is high to acquire a car of the small and medium category, since comes very close to similar hybrid mid-SUV proposals which as such, have a little more “passage” in recent years. Except that as spacious as it is Golfthe middle SUV offer something more. 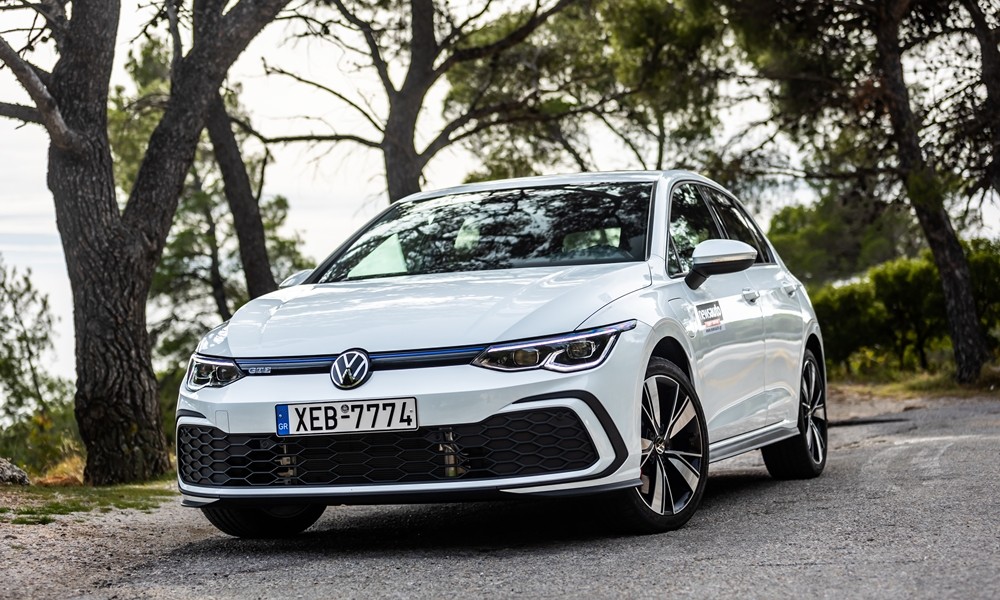 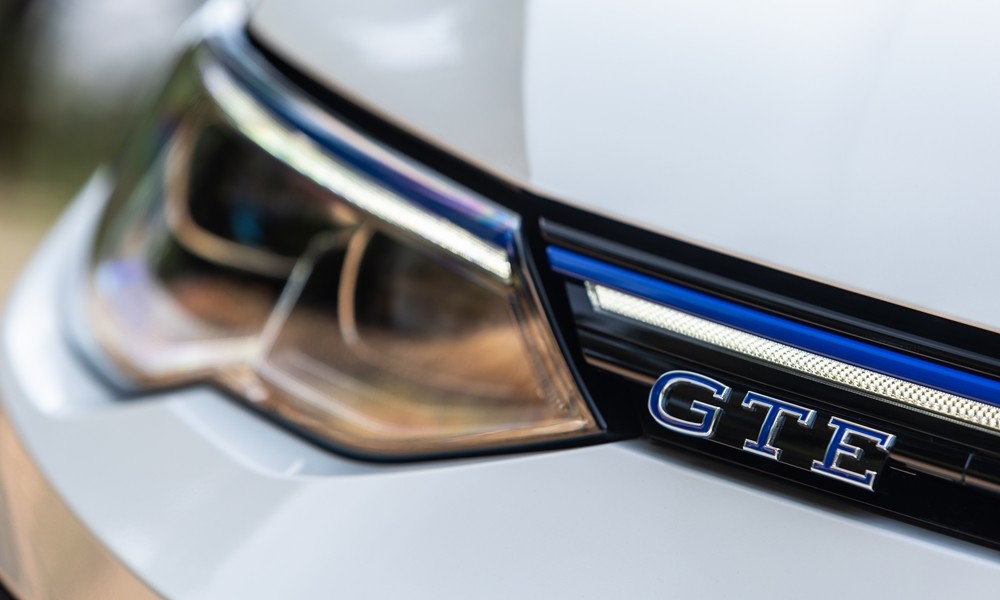 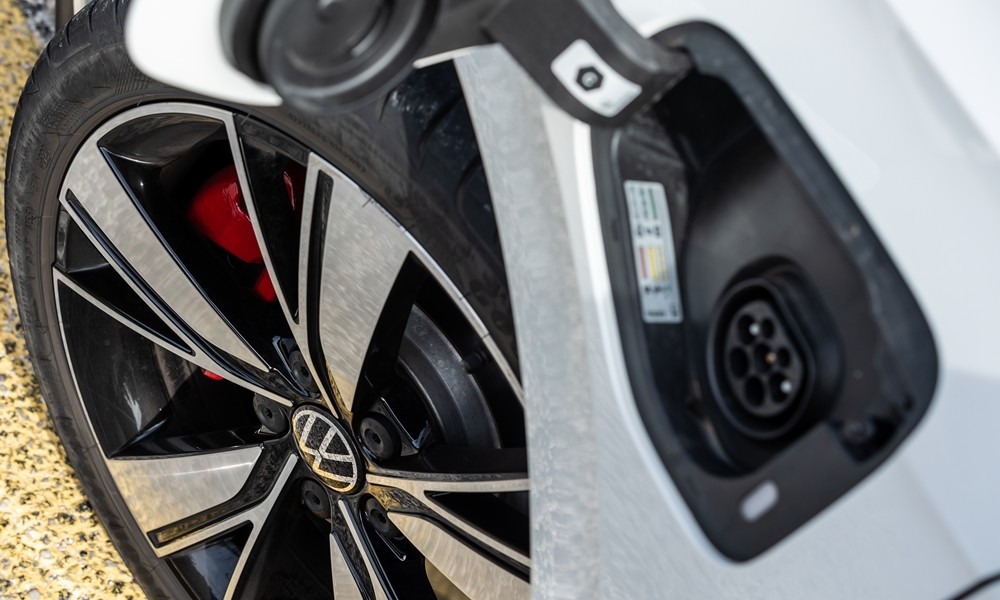 Dacia Jogger: What you need to know about the 7-seater SUV (video) - Carneg.com