Renault announces the arrival of a new concept car 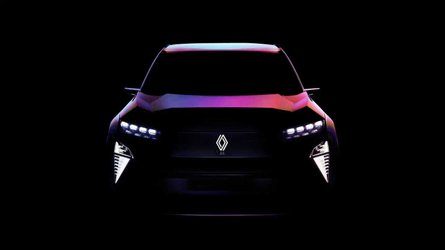 The year 2022 already promises to be rich for Renault, with the presentation within a few days of the replacement for the Kadjar, the Austral, and the first year of marketing of the new Renault Megane E-Tech. So many important cars for the brand, which continues to look to the future, a future that could also leave a small place for hydrogen.

At least that’s what Renault is telling us through the teaser of a new concept car that will be presented next May. If the information is still scarce, Renault has nevertheless given some clues about this concept, which will embody “the commitments of the sustainable development strategy: environment, safety, inclusion”.

The diamond firm has already announced that this concept car will have a hydrogen engine. A first for the brand? Yes and no, in the sense that Renault should soon launch a hydrogen Master, a model which comes out of the Batilly factories (Meurthe et Moselle) before being equipped on all the hydrogen part by PVI, a subsidiary of Renault, in Gretz-Armainvilliers, in Île-de-France. It will be marketed via the Renault dealership network, but also directly by Hyvia, a joint venture created by Renault and its partner Plug Power.

Nothing tells us that this concept car will draw its engine from this joint venture, even if there is a good chance. It should also present all of Renault’s know-how in terms of “circular economy, recycled and recyclable materials”as is already the case within the Renault Zoewhere some seat upholstery is made from recycled plastic.

The image doesn’t give much clues about the car’s segment and overall styling. The press release tells us that this concept car was designed under the direction of Gilles Vidal, design director at Renault, and that it “the company is part of the recently announced objective of achieving a 100% electric energy mix by 2030”.

We notice a particularly neat work at the level of the optics, with four diodes which are reminiscent of the light signature of a certain Bugatti Chiron, all proposals kept of course. On the other hand, the luminous prisms, located at the level of the shields, are new. We should also find camera exterior mirrors on this concept car, a technology that Renault could be brought to democratize.

In the Vehicle Arrival Statement and the kilometers traveled! - Carneg.com

Soon an Alfa Romeo Tonale for the Italian police?