He receives a warning because his BMW M3 is too noisy 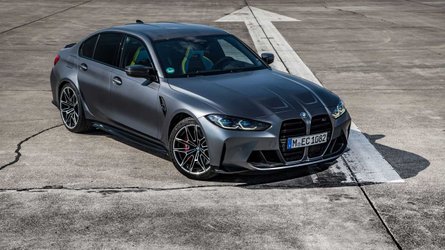 Driving a car involves adopting exemplary behavior. There is of course respect for the Highway Code, but not only, because recently, the authorities have declared war on cars that are too noisy.

It seems that the tone has gone up a notch in New York, where a motorist received a letter asking him to do what is necessary to make his BMW M3 less noise. Otherwise, he is liable to a fine of 875 dollars, or approximately 770 €.

“I am writing to you because your vehicle has been identified as having a muffler that does not comply with Section 386 of the Vehicle and Traffic Law, which prohibits excessive noise from motor vehicles. Your vehicle has been recorded by a camera that takes photos of the vehicle and the license plate. In addition, a sound level meter records the decibel level as the vehicle approaches and passes in front of the camera”, can we read on the mail.

The most surprising thing is that this warning was transmitted to him automatically. The motorist was not stopped by a police officer, but he is without realizing it passed in front of a camera and a sound meter responsible for raising the level of decibels of each car. If a car is deemed too noisy, the surveillance camera then takes a photo in order to raise the license plate.

A spokesperson for the DEP (Department of Environmental Protection) emailed Road and Track stating that this system was part of a pilot program launched in September 2021. It would end next June 30, after which it will be extended throughout the city or abandoned by the authorities.

The hunt for noisy cars does not only affect the state of New York and the United States. In France, the city of Paris installed the first anti-noise radar on Monday February 14, 2022 in the 20th arrondissement, at 54 Rue d’Avron. A second anti-noise radar was installed on February 15 in the 17th arrondissement, rue Cardinet. These speed cameras will only report tickets from spring 2023. As for the fine, it amounts to €135 (€90 if paid within 15 days).

The most impressive Toyota Supra - Carneg.com

This is the new Subaru WRX, powerful and redesigned