We drive the new Opel Astra in Portugal – Carneg.com

The model that has been the backbone of Opel for the last 31 years is happily entering its 6th generation and, as we found out while driving it in Portugal, it not only looks very different, but it is also very balanced overall.

The truth is that a new Astra never followed the logic of design evolution. Each generation tried new aesthetic forms, made leaps and bounds and not the (sometimes hesitant) steps taken by the inanimate enemy called Golf. But that is, the sixth generation really broke even the rough design ties that united the family tree.

We are talking about a much bolder approach, on the verge of modernism, with clear influences from the also bold Mokka, but even clearer proportions, than those that when properly defined make hatchback models the most eye-catching small and medium-sized cars.

The new Astra is one of those few modern hatchbacks that will catch the eye. And this is because in a strange way it is unpretentious but also multi-layered at the same time. On the one hand the bold edges that run through the body, on the other this the inspirational front, Opel Vizor, with the very distinctive light signature of the luminairesbut also the clean and sturdy rear, they compose a car that if nothing else has a personality. 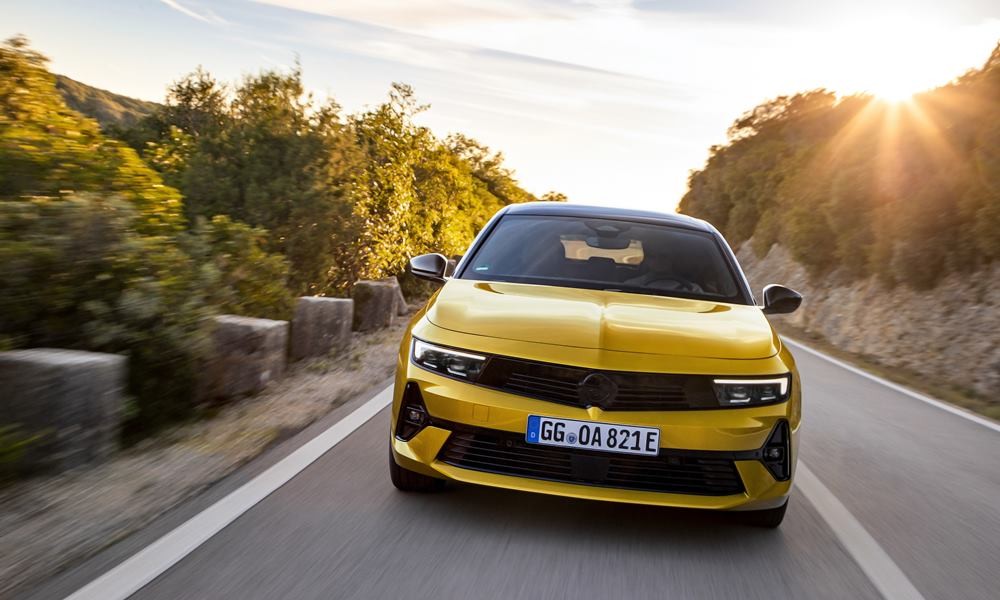 A personality that fortunately is not exhausted in its external characteristics but also deepens in the interiorwhere he presents us with something the most advanced form of the all-digital Pure Panel cockpit we first saw in Mokka. In other words two digital boomerang-shaped screens, which are covered by a single crystal and in combination with the raised center console almost embrace the driver.

The digital instrument panel is easy to read and configuredepending on the needs of the driver and the central touch screen has a very wide and very updated function menu (Apple CarPlay and Android Auto, for example, connect wirelessly), which is primarily easy to learn and use. Below that there are physical switches that play the role of shortcuts for faster access. It is also important that and the air conditioning system works with natural switches, which greatly simplifies use. 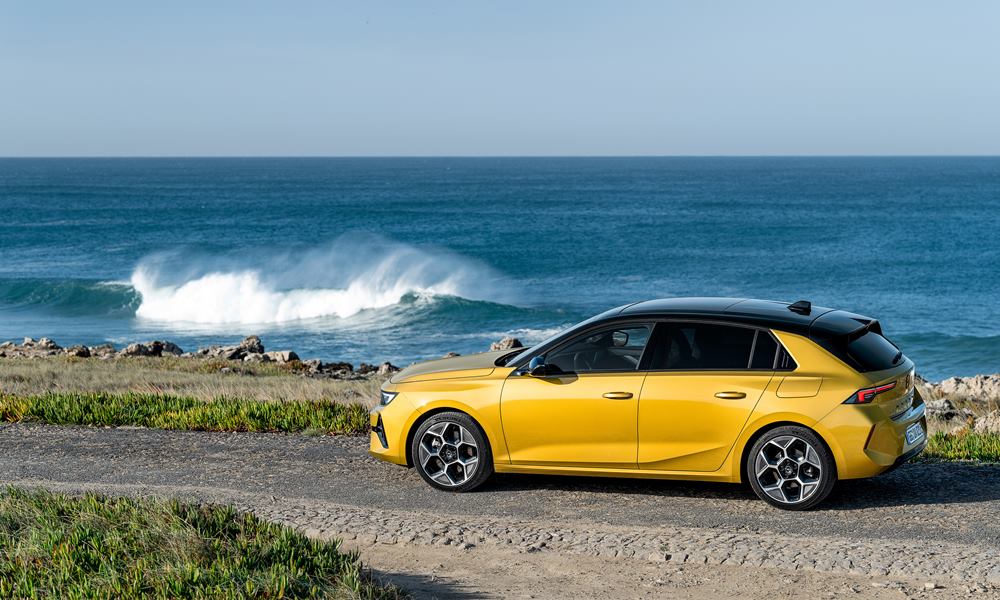 The driving position is lowered and in combination with the driver-centric design and the rather tall center console create this rare – and very welcome – feeling that you are sitting in the car and not above it. Both front seats are very comfortable and with adequate lateral support. For the construction materials I have some objections, mainly for the hard plastics at the bottom of the dashboard and the durability of time that the lacquer that surrounds the single interface system will have, however I have no complaints from the assembly that looks solid and careful.

One would expect that the wheelbase of 2,675 mm would be sufficient for the comfortable transport of at least four adults. Most of the time this is the caseHowever, in cases where the rear passengers are relatively tall, their knees will be squeezed, especially if the same applies to the driver and front passenger. 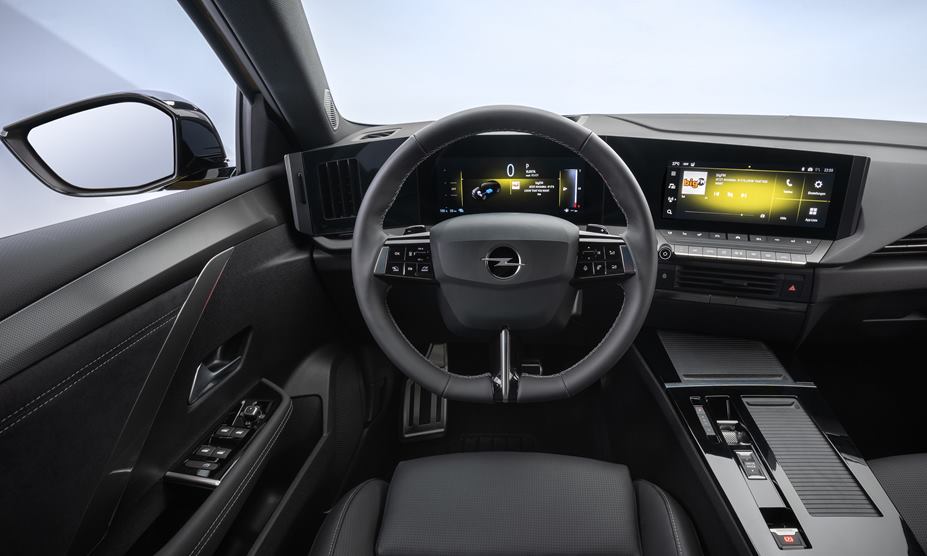 I note this because the Astra as a whole has kept its dimensions in a reasonable context, but the total spaces do not exceed those of the Golf, although it is nine points longer and 7.8 points wider than that. On the other hand, places for small items are plentiful and the luggage compartment with 420 liters (the plug-in version has 100 liters less) is sufficient for a family, with a regular shape and a fairly large loading opening.

The Astra we chose to start the first contact was also the most innovative: The hybrid plug-in version with a combined power of 180 PS and 360 Nm, with purely electrical autonomy, if the 12.4 kWh battery is fully charged, which theoretically exceeds 60 km. Note, with 7.4 kW on-board charger can charge to 22 kW in less than two hours. Combined with 8-speed automatic transmission while the 110 PS electric motor can drive the Astra purely electrically up to 135 km / h. 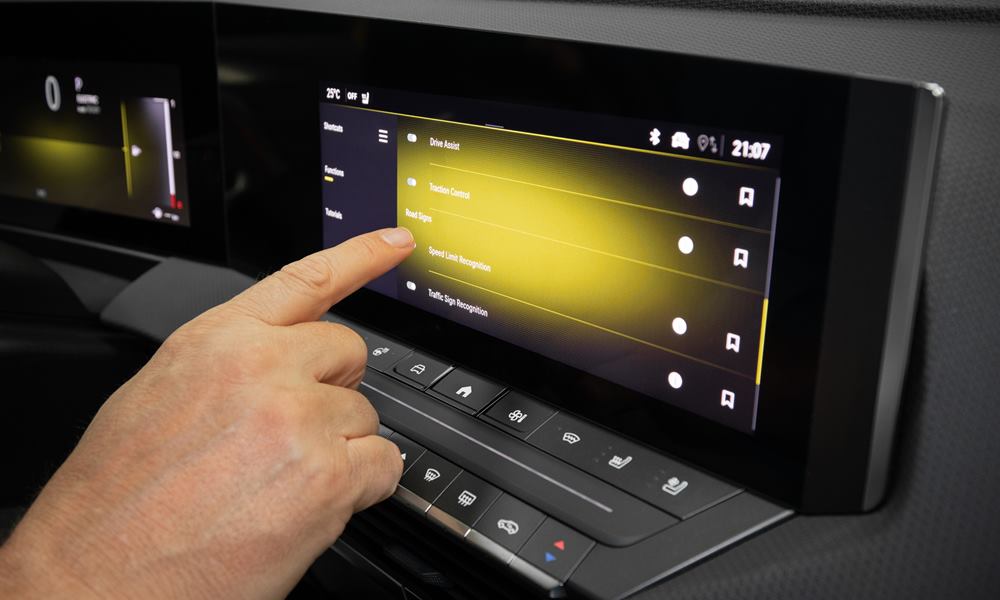 The hybrid system is combined in a linear and smooth way and we were impressed that even with intense throttle pressure the 1.6-liter gasoline engine is activated without shocks. The general feeling you get is that of a civilized and technologically advanced car, with high ride quality and minimal noise intruding into the passenger compartment. Especially on the highway it is unshakable.

In the provincial, of course, as long as you push, you find that the extra weight has its price, which manifests itself with a little more regression and some (small however) over-oscillations in the constant changes of direction. On the other hand in the city it brings out its best character, being almost silent, quite flexible and with very low fuel requirements. 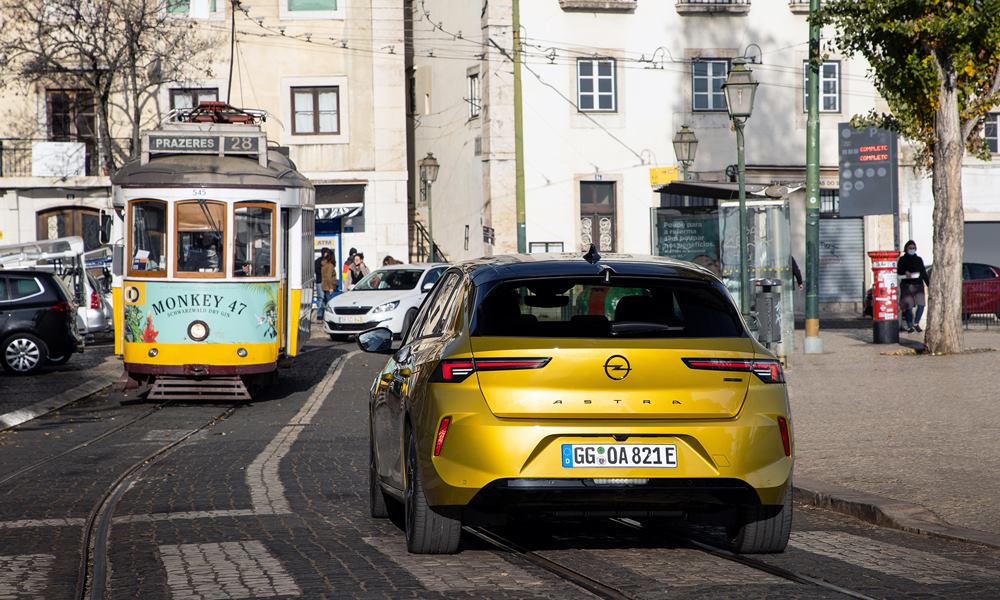 The most balanced version, however, is still the one with the 3-cylinder turbo gasoline of 1,200 cubic meters that delivers 130 PS. Let me pass by A 110 hp version is also available, as well as a 1.5 diesel also with 130 PS, but I consider that the petrol-powered “130 hp” is the most appropriate choice. This is because it proves to be psychic in the whole range of turns, it is linear and agile, especially in the middle, while overall it does not have high fuel requirements.

In the test cycle we did we saw close to 7.5 liters / 100 kilometers with enough pressure on the throttle. And you put pressure on the throttle because you gradually find that the frame lifts it with the above. The new Astra is based on Stellantis’s well-known EMP2 platform, which is 14% more rigid than the previous generation. 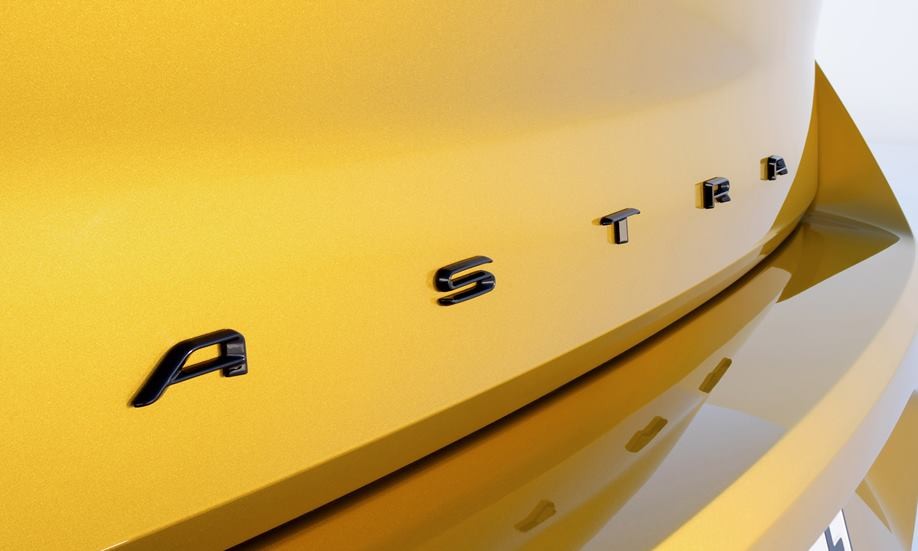 Which gave Opel technicians the opportunity to change the suspension kinematics on the one hand, and to significantly improve the steering system on the other. which in the previous Astra was lagging behind in both feel and linearity. The difference of less kilos of the petrol-powered Astra compared to the plug-in version -over 300- shows from the first steps you will take in a provincial network with turns.

Not to mention sports, though This makes the Astra easy to drive, with good steering, the right doses of flexibility and control of body movements. from the suspension and a steering wheel that while it does not have the ideal feedback is fast enough, linear, gradually building a relationship of trust with the driver. 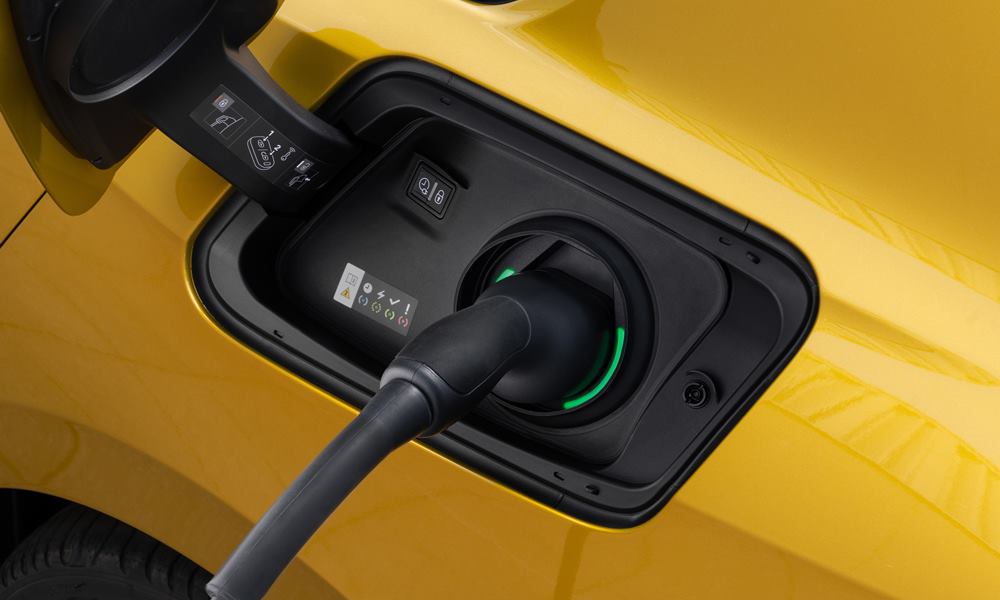 Which is further enhanced by the rigidity of the chassis, the clear and fairly fast (another surprise for Opel) 6-speed manual transmission and the pleasant willingness of the front to follow the instructions given to it, without “fooling around” or showing tendencies for reversal. The suspension has a fast rebound and only in strong transverse anomalies the rear half-rigid will show bouncing tendencies, accompanied by a (but not intense) noise.

In short, the new Astra was a pleasant surprise, both visually, with its freshness and originality, and in terms of road behavior. It remains one easy-to-use family car, it is understood that it now has state-of-the-art technologies in both connectivity and security systems (has standard LED lights, for example, while the extra Intelli-LuxLED PixelLight, is really one of the best lighting systems in the class and not only), but he has now even shaken off his driving conformity. Its sharp appearance now has contentwhich may not be (rather deliberately) the unleashing of a sporty mood but certainly has enough teak and ample potential for a more spicy feel. 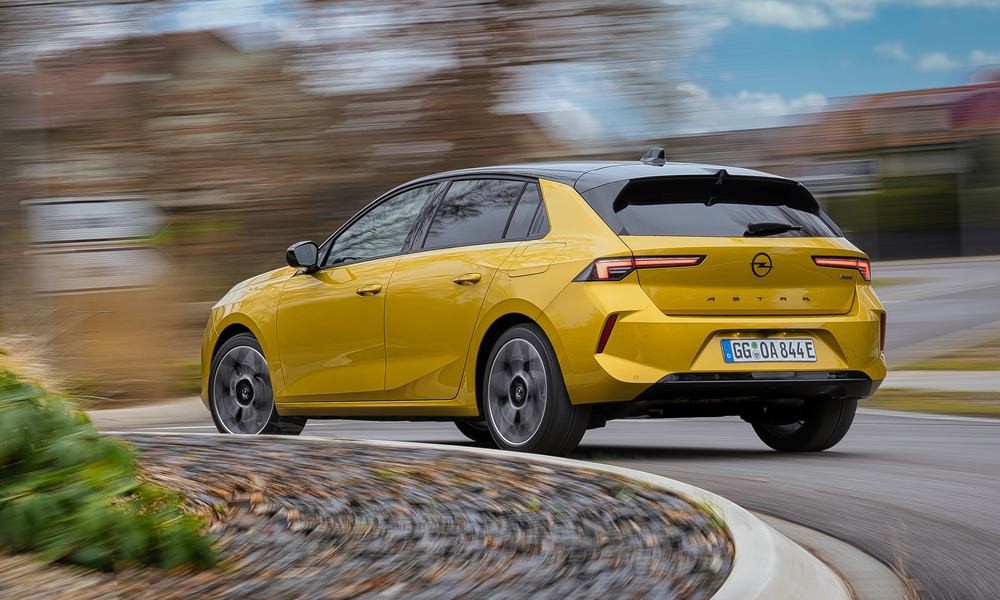 We do not yet know the pricing policy in Greece -in Germany starts from 22,465 euros- where orders will start in March and the first cars are expected in Junebut I think that this latest leap of development is worth having a similar commercial course. 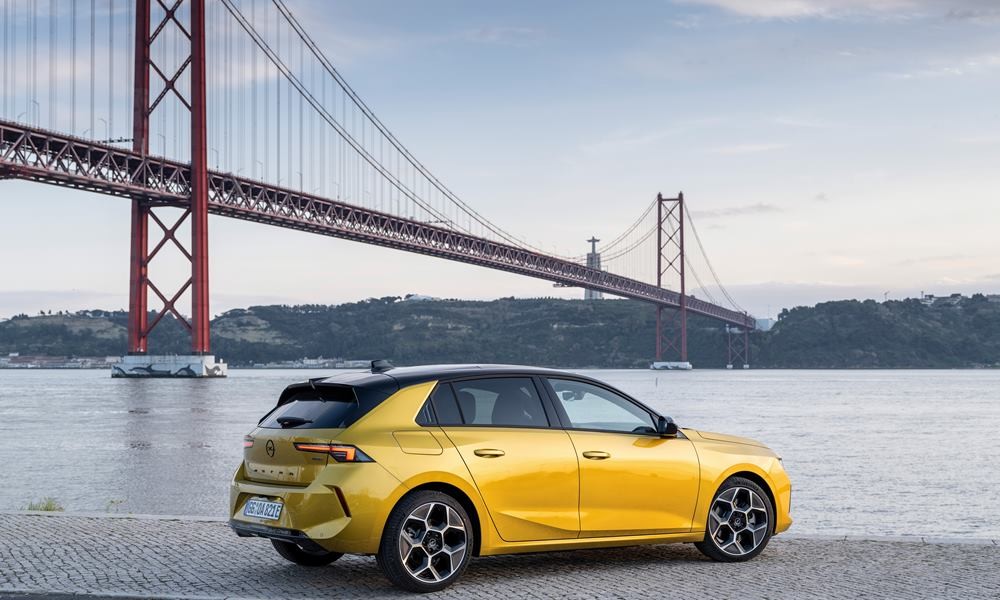 Official from the European Parliament: The polluter pays! - Carneg.com

The cost of OSAGO could not be raised for persistent violators. And that's why

Sacrifice: This Honda S2000 "transformed" into a silent EV (video)