This is the Toyota that … copied by McLaren F1 (+ video) – Carneg.com

The Toyota Sera was a unique moment in the sports narrative of the Japanese company that many say changed – without knowing it – the course of supercars. Even behind all this there was a humble Starlet.

Entering the 90s, Toyota was living in an era of intense creativity and financial strength, which allowed her to see the years to come with dynamism and optimism. And at the same time be free to look for ways to escape the Japanese monotony and highlight its design concerns.

In this climate a very strange car appeared. The Toyota Sera seems to have landed in the Toyota range from a distant design planet, being a car that even today has not been forgotten and divides the fans of the brand.

The main feature of the Sera was the doors that opened upwards, from which the urban legend claims that Gordon Murray himself said in an interview with CAR magazine that he was inspired by McLaren F1. 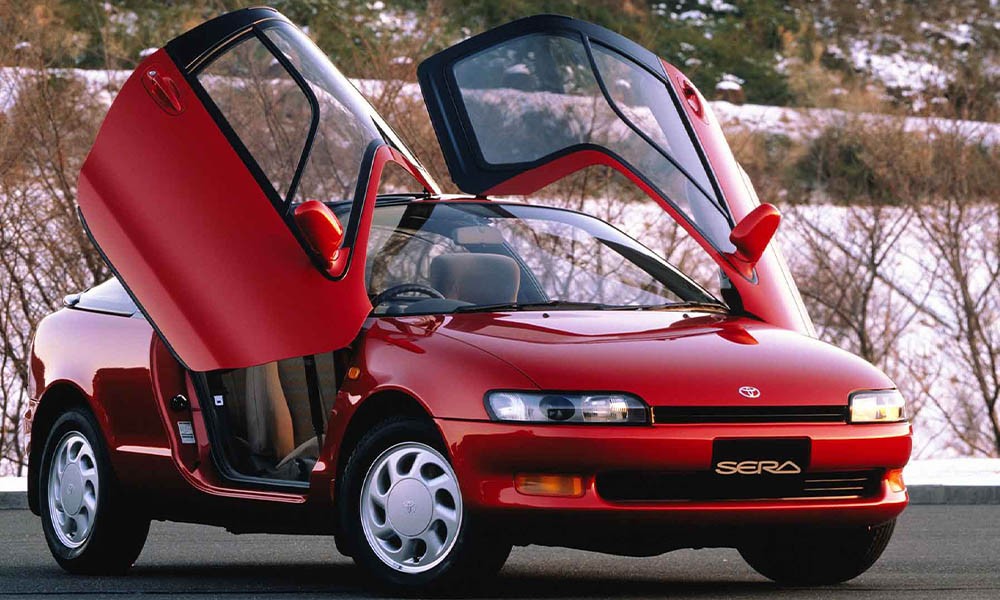 These doors rest on two points, one at the bottom of the front pillar and one in the center of the windscreen, resulting in the opening to be particularly large and impressive as a spectacle even today.

Doors were not the only distinguishing feature of the car. Almost the entire upper part was covered with glass, something that created a unique feeling in the living room. And it made the existence of a very strong air conditioning necessary to withstand countries with intense sunshine. 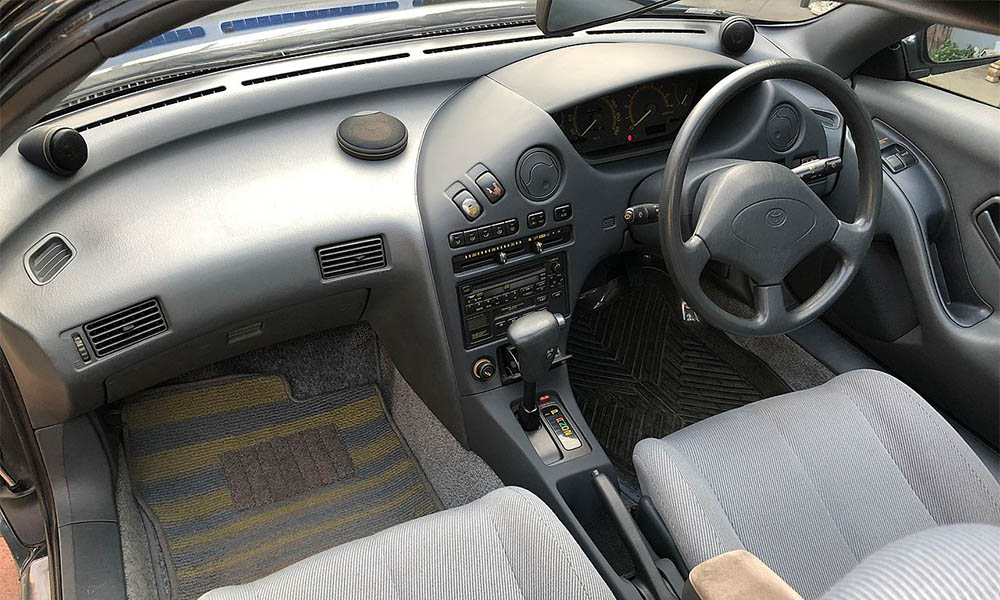 The living room was very impressive for the data of the time, with bucket seats, sports steering wheel, 90’s console that is very reminiscent of Supra era, and an incredible 10-speaker sound system for those years, including a huge subwoofer.

The impressive sports body had no continuity under the hood, where was a four-cylinder 16-valve 1.5 liter with 110 hp. However, with the weight being 930 kg, the performance was satisfactory even for today’s data. 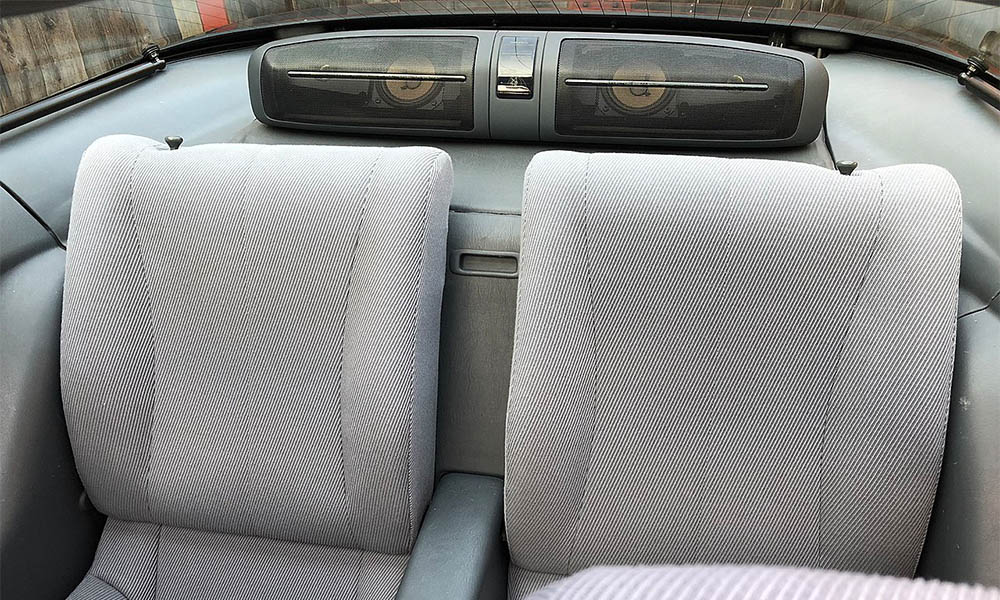 The car was built for the Japanese market from 1990 to 1995 and was one of its endeavors Toyota to make something impressive but not extreme sports and not expensive. Its production did not exceed 16,000 units, although the reputation of a strange sports Toyota with doors but Lamborghini quickly surpassed the borders of the domestic market. 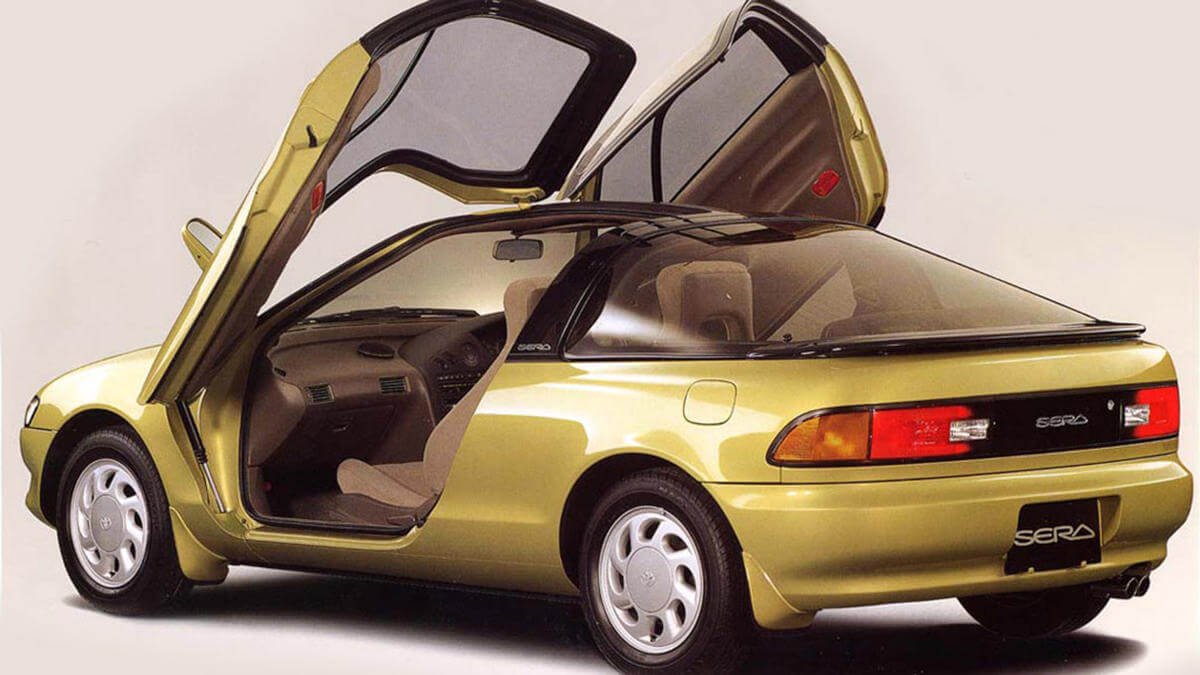 Today is a car that Toyota fanatics are looking for with its cost remaining low for 90’s JDM, not more than 10,000 euros in Japan, for anyone who wants to start renovating it, always as exclusively right-hand drive

Sera anyway went down in history as one of Toyota’s efforts to make something that goes beyond current design concepts to make his guide the protagonist where he stopped and came out as a Hollywood star through this spectacle. 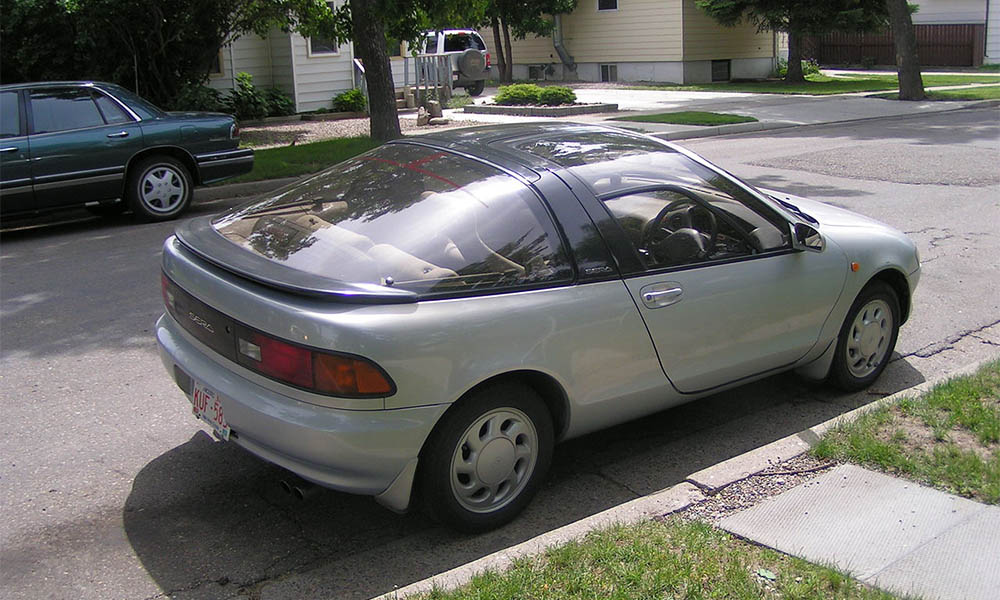 What if under the impressive doors was hidden a car based on the humble Starlet? Sera unknowingly changed the fate of supercars through the McLaren F1. And that’s why it deserves a special place in history.

This is the most special Audi RS5 (+ video) - Carneg.com