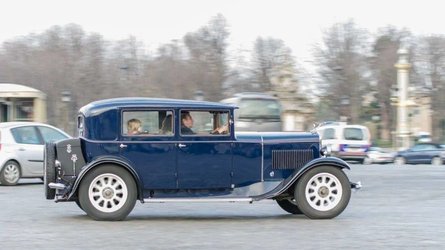 Paris, Reims, Rouen, Nice: several conurbations have already guaranteed that collector cars will be able to continue to drive in low emission zones (ZFE), which will exclude the most polluting cars and motorcycles, welcomed this Tuesday, February 15 2022 the French Federation of Vintage Vehicles (FFVE).

Vehicles over 30 years old, registered by the FFVE to obtain the collection gray card and therefore not used for daily transport, will thus be able to continue to circulate all week in these areas which will gradually ban Crit’Air 5 vignettes, 4 then 3 (diesel before 2011 and gasoline before 2006).

Access to the 43 major metropolitan areas will thus be reserved for Crit’Air 1, 2, green vignettes, and the 400,000 vehicles registered in the collection, ie 1% of the French car fleet.

Orders are also to be published in Strasbourg, Toulouse, Lyon and for Greater Paris, and in consultation in Saint-Etienne and Grenoble, said the FFVE during a press conference. The presidents of the agglomerations concerned were “encouraged” at the end of January by the Minister of Transport to set up local derogations.

“Collectors bring to life the industrial, technical, economic and social heritage that these vehicles represent”underlined Jean-Baptiste Djebbari, the Minister of Transport, in the letter addressed to the presidents of metropolises. “Their contribution to air pollution appears to be very limited in built-up areas due to their small number and the insignificant mileage they travel”.

They go out on average 14 times and travel 950 km per year, according to a survey by the FFVE. These local derogations must replace a passage by law. A centrist bill to create a “historic” sticker was passed in early 2021 in the Senate, but the majority blocked it in the National Assembly, stressing that it was a measure “regulatory”.

Will there be a windfall effect for motorists who would like to continue driving in EPZs with vehicles from the 1980s or 1990s? The criteria are quite restrictive, according to the FFVE, which however expects a “increase in demand” and “computerize its procedures”. (with AFP)

What do we expect from the new Audi A4 - Carneg.com