Bobena: The story of the mythical fish tavern in Kaisariani – Carneg.com

The journey of Dimitris Tairidis, who started working as a small child in his father’s cafe, left the school for cooking and set up away from the chic areas of Athens a shop that left an indelible mark

In an alley of Kaisariani Decades ago, a child, still an elementary school student, put a crate and climbed on them to reach the tap above the sink of the cafe that belonged to his father.

“Bobo grab two ouzo with meze, whatever there is” says a customer to the owner of the cafe who is the father of the then little Dimitris Tairidis. The one who was going to set up an emblematic fish tavern in Kaisariani where he grew up, a little further down his father’s old cafe in the early 1990s.

He named her “Bobena” to honor him after he passed away prematurely paraphrasing the nickname Bobos that his friends and clients had given to his dad, because he looked like the eponymous film hero of Italian comedies.

As Dimitris had said in an earlier interview, recalling his childhood “the day started with coffee but as time went on we went to snacks. Then we served ouzo with crayfish and bean soup. Beyond that, there was no standard directory. Whatever made my father happy, he would go into the kitchen and fix it. It was about such delicacies that the customers snacked from the pans, before the appetizers ended up on the plates “.

Growing up he leaves school in the middlesince cooking has become his great passion and begins his journey in pots and pans as an assistant chef in Santorini. He returned to Athens to work at the Vouliagmeni Naval Clubraising money to make his dream come true. 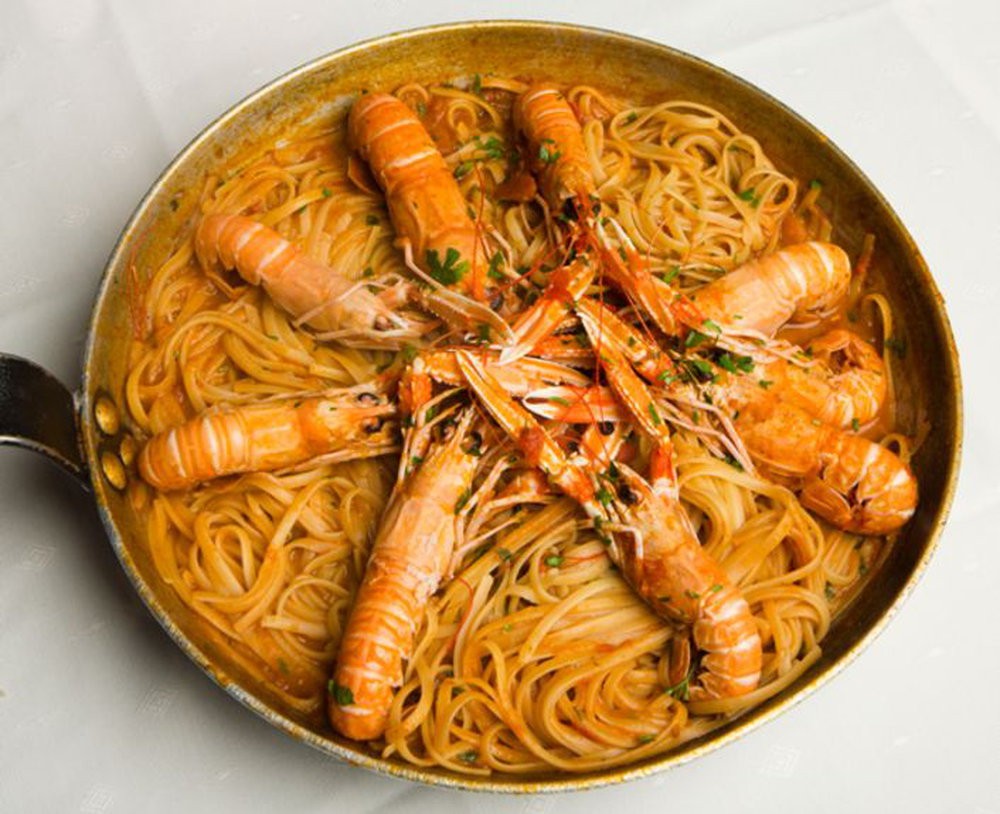 All of Athens has passed!
At 46-48 Anaxagora Street he finds the ideal place for the fish tavern of his dreamswith white dominating as a color almost everywhere. Wanting to honor not only his father but also his mother, he christens her “Bobena” and does not follow the footsteps of well-known seafood restaurants.

From the first day of its operation there is no list. The menu is based exclusively on fresh fish coming to the store from the Aegean and Tairidis who wants the best quality is looking for foam, as he had stated in Olive magazine.

«I wanted to have the best in my shop. When you have foam, the one who knows how to eat will appreciate it. I asked who is the best freshwater marketer in the market and I went to find him. I had two hundred thousand drachmas in my pocket and I was determined to spend it on fish and lobsters. So the first night I went to the merchant, he told me “I do not sell in fish taverns”. The second night he told me that he was not interested in becoming his client, while in the third he let me wait until dawn when he returned from fishing to think about it. I stayed awake all night. It finally sold me and that was the beginning of a good collaboration “.

“Bobena” begins to be discussed for its famous lobster spaghetti and a fish soup to which anonymous and anonymous people bowed. Zeljko Obradovic advertises it everywhere, goes with Antonis Remos, strong businessmen leave Kolonaki and Piraeus and go up to Kaisariani for fresh fish, while basketball and football stars, modeling beauties and publishers flock to her tables. 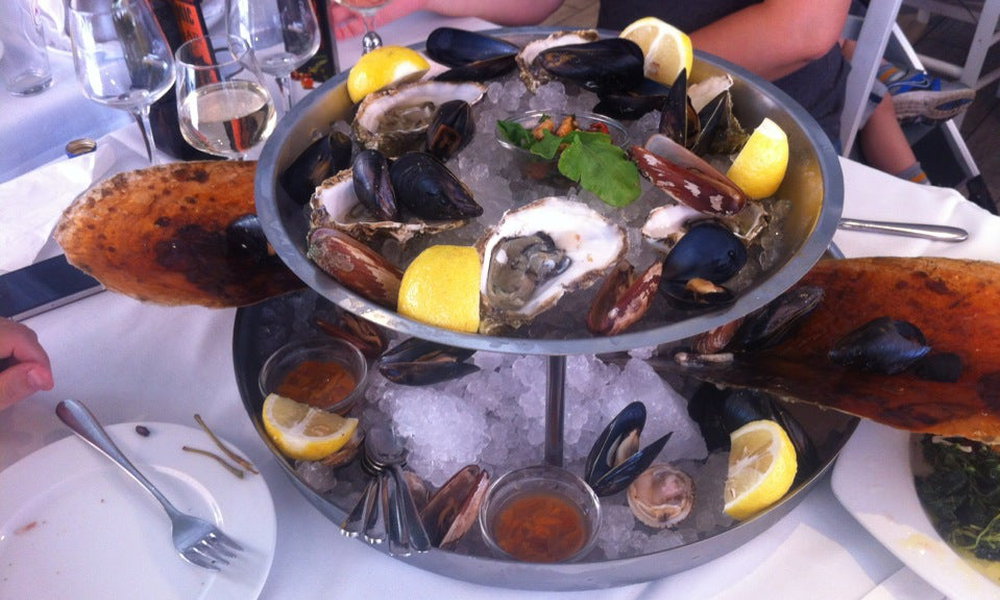 Khow the sculptor Mara Karetsou, Petros Costopoulos and Jenny Balatsinou coexist harmoniously, Antonis Samaras, Karolos Papoulias, Costas Simitis, Lakis Lazopoulos, George Dalaras, Vassilis Spanoulis and Dimitris Diamantidis. The latter is the only one who does not eat fresh shellfish or fish in “Bobena” so there is always a fillet for him accompanied by the appropriate teasing of his friends.

The latter are rewarded by dipping the handmade sourdough bread in the pans with the lobster spaghetti of Dimitris who tries every year to develop his now famous fish tavern. Even Alexis Tsipras succumbs to the flavors of “Bobena” and if some people wonder why there are no photographic snapshots the answer is easy. Dimitris Tairidis and the staff had absolute respect for the famous customers who constantly honored the store, knew that they wanted to enjoy their food and did not bother them for photos.

In the biggest tasty fetishes of the customers, a prominent place is occupied by the bouillabaisse, the kakavia with bukovo, the seafood tarts and the handmade liqueurs arriving at the end of the meal. Even the versatile chef was inspired by the versatile chef, in a store that was expensive but never dropped its quality and raw materials.

It dominated for two decades until the day it last operated on Sunday, December 11, 2016.after the announcement of the closure by Dimitris and his brother at foodcritic.gr had already preceded. 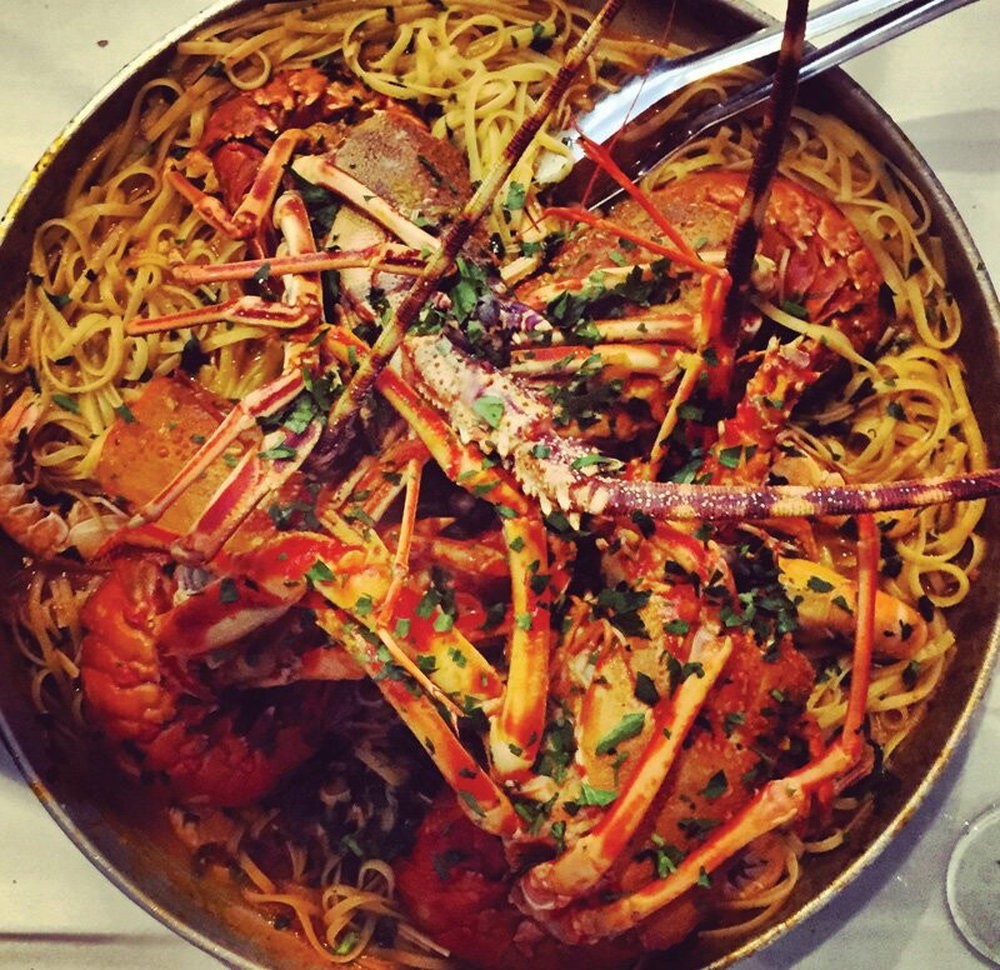 “After 21 years of faith and dedication, serving the function of the restaurant and respecting the needs of our customers, we decided to cease our operation as our overriding concern, which has always been to provide the highest quality to the customer, can not be sustainable business. Not wanting to downplay the fact that we built with difficulty in the aforementioned years, we decided to suspend the operation of Bobena and we are really sorry for that. We hope to be with you again in the immediate or indirect time that conditions allow. We want to thank the staff who worked all these years with us and provided their services taking care of the excellent service of our customers. Tomorrow Sunday, we will operate on the last day and it will be for us a day of celebration for all these years we spent with you, guided by the highest quality of our products “.

Five years after that Sunday, Dimitris Tairidis competed as a candidate player in the Master Chef and, obviously excited, unfolded the story of “Bobena”.

He wants to open it again and enter the mythical kitchen with his brigade, while outside they will have gathered anonymous and surnamed waiting to live again these special nights that wrote their own history on the gastronomic map of Athens.

READ ALSO:
Alfonso De Portago and Linda Christian: The Last Kiss
Hilton: Stories of celebrities and a mythical journey
The voices that fell silent on the asphalt