Where are the first ZFEs in France? 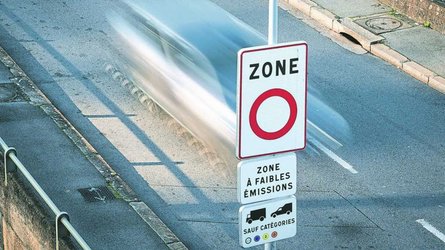 Low emission zones (ZFE) are being set up in dispersed order, before their generalization provided for by law on December 31, 2024 in agglomerations of more than 150,000 inhabitants in metropolitan France.

The first agglomerations were Lyon, Grenoble and Paris, with varying restrictions. In Greater Paris, where the ZFE is for the moment theoretical for lack of sanctions, its hardening has been postponed to 2023, the metropolis in particular wanting to be recognized as a territory of experimentation for the implementation of a zero-rate loan in order to reduce the remainder to be paid by the most modest households who will have to change vehicles.

Lyon is already banning Crit’Air 3, 4 and 5 heavy goods vehicles and utilities, and intends to extend it to Crit’Air 5 cars next September. These have already been banned in the heart of the Reims agglomeration since September 2021, now with controls.

Strasbourg, which already had a “mini ZFE” applied to heavy goods vehicles in the hypercentre, banned Crit’Air 5 vehicles and non-classified vehicles throughout the territory of the agglomeration on 1is January 2022, but this first year is considered educational: there will be no verbalization, but controls aimed at explaining the measure with communication around aids to change.

The Eurometropolis of Strasbourg has adopted a budget of 50 million euros in aid, which can be combined with national aid, to support individuals and professionals towards alternative mobility to the private car.

The aid provided also differs from place to place. Montpellier, which is due to launch its ZFE on 1is July, focuses above all on the development and free public transport for residents. In Nice, the ZFE was officially born on January 31, for the moment only concerning polluting heavy goods vehicles, before a gradual extension to cars from next year.

Toulouse will create its zone on 1is March 2022 in the heart of the agglomeration, also starting with the most polluting trucks, vans and vans. In Lille, the elected officials had voted in 2019 the principle of a ZFE covering 11 municipalities, but the concretization did not follow, the idea now being to widen the zone to include at least half of the population of the agglomeration.

Other cities have chosen to take their time, such as Limoges, which will begin with an inventory of the vehicle fleet. In Bordeaux, consultations will begin this year for an implementation “in the course of the year 2023”. Marseille is in the midst of a debate, with a goal of gradual implementation between September 2022 and September 2024. (with AFP)