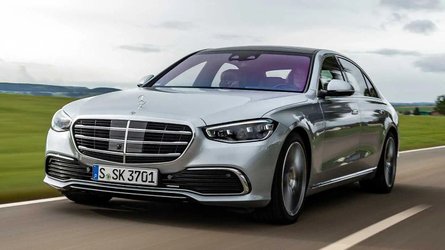 Sell ​​less, but more expensively: At Volvo Cars and Mercedes-Benz, shortages of semiconductors have limited car production and sales, but profitability has improved.

The Swedish manufacturer, owned by Chinese Geely, continued to suffer in the fourth quarter from the effect of supply shortages: sales fell by 20% in volume, to 168,000 vehicles sold, according to results presented last week.

But the decline in turnover was less (-6% to 80 billion crowns, or approximately 7.5 billion euros) due to “high demand” here to me “a positive effect on prices and the sale of more expensive cars”explained Volvo.

For the full year 2021, Volvo posted solid results, with a 7.3% increase in turnover, to 282 billion, and a strong rebound in net profit. The latter reached 14.2 billion, against 7.8 billion in 2020, marked by the economic effects of the pandemic. Its profitability also strengthened, with the operating margin increasing by 4 points to 7.2%.

The top of the range at the party at Mercedes

In Germany, Mercedes-Benz exceeded expectations in 2021, posting a record fourth quarter profitability of 15% for its automotive branch, again thanks to “solid pricing”. In other words: more expensive car sales.

According to a press release from the German group, total sales fell by 5% last year, but sales of the S-Class limousine rose by 40% and those of the very luxury brand Maybach by 50%, to reach a new record. .

The operating profit of the “Cars and Vans” activity should then be for the year 2021 “in the order of magnitude of 14 billion euros” against 6.8 billion in 2020 and 6.2 billion in 2019, according to the group which will present its full results on February 24. The announcement was welcomed on the stock market, where the action of the German group, which recently separated its truck division, took 6.02% to 73.95 euros around 1:20 p.m. GMT.

Change of course for Volvo

“Looking forward, uncertainty remains high. Although the component shortage has eased somewhat, we believe the supply chain will remain a limiting factor”warned the CEO of the Swedish manufacturer, Håkan Samuelsson, in a press release.

Volvo Cars, which aims to get out of the heat engine and wants to be all-electric by 2030, is currently investing to increase its production capacity in electric.
Earlier this week, the group announced that it was investing nearly one billion euros in its historic Gothenburg factory in Sweden to switch to the production of electric cars.

The manufacturer is also planning another major project with the construction with the Swedish battery specialist Northvolt of a joint plant, also near Gothenburg. The latter should eventually employ 3,000 people, and will be added to a Research and Development center as part of an investment of approximately 3 billion euros. (with AFP)

In Poland, a Ferrari crashed for 25 million rubles: it could not stop the bump

Is the new "Prince of Bel-Air" driving a Lexus? (video) - Carneg.com

Porsche and the V8: a 45-year love affair