The conclusion about the accident was released on PICK – Carneg.com

Serious omissions in the security measures in the “Pick Patras” event, in which 6-year-old Fotis was injured on September 19, result from the conclusion of the authorities.
To investigate the accident the investigation after his order 2nd Patras Police Department assigned to experts.

The Anastasios Dedes (mechanical engineer of the University of Patras) and George Kalafatas (civil engineer NTUA), are the two experts who sign the conclusion of the investigation, which was made public in pelop.gr. This specifically mentions the following:

“The analysis of the data revealed: On 19-09-2021 and around 12:00 during go-kart games (13° PICK), the KART NO 2 moving at a speed of 72km / h, after contact with another beautifully moving KARTdeviated from its course to the left and after falling on the plastic and empty jerseys which it shattered, took off and after hitting the metal partitions removable railings, then cut off the sign from the mast P-39 (No parking) that was on the sidewalk and then overturned and ended up on the road.

From the collision and his side course to his final position, the 6-year-old young man who was behind the railings and was watching the race was seriously injured. The little boy was taken to University Hospital of Patras. 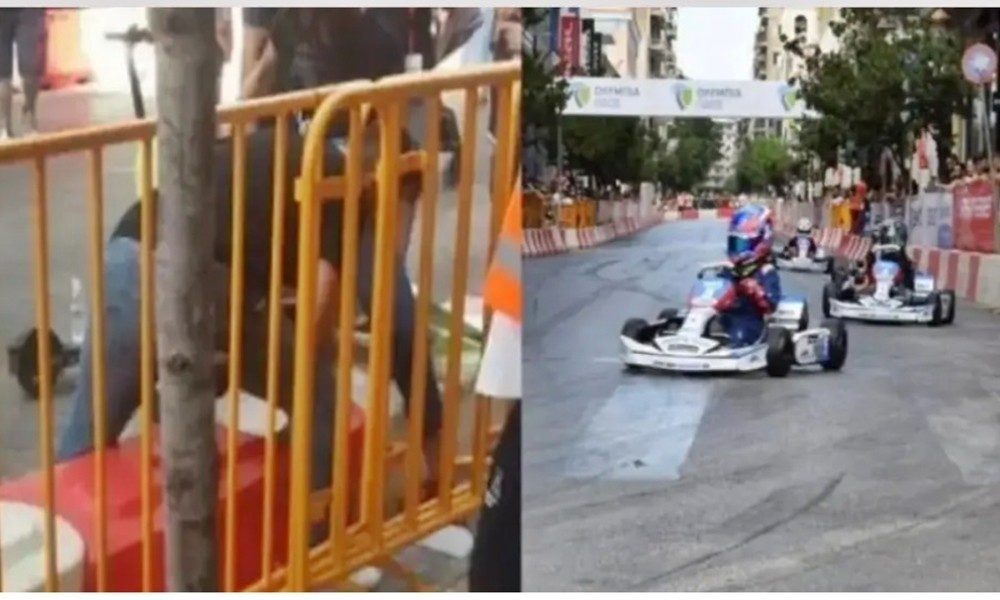 From the data beyond the speed emerged:

1) The prescribed safety measures regarding distances and signaling were not observed.

2) The railings were not fixed (fixed to the ground) so they do not provide any passive safety.

3) The plastic jerseys used were unsuitable for racing and are only used to demarcate areas on roads where works are being carried out, therefore they did not provide any protection in such activity. Also, due to their material, after the collision, they disintegrated into pieces which, while flying, others fell on the road with the risk of being trampled or overturned by other passers-by. CARD but they were not directed at the spectators and it is a miracle that there were literally no other injuries. These jerseys could not be filled with water or sand because there would be an additional risk in the event of a collision for other competitors.

4) In the end, by pure luck, we did not have more and possibly fatal injuries from the cutting and falling of the P-39 plate, which was not directed at the spectators, otherwise, like a scythe, it would have caused serious injuries at least.

5) Alytarhis is the title of the highest sports supervisor in sporting events, who deals with the general observance of the regulations, the start and end of the games, the signing of the match sheets, as well as the general safety issues.

6) There had been accidents in the past for the same races. The organizers report about the accident: “The PICK was stopped after an accident that occurred during a demonstration of a charity event with the participation of many celebrities. While the show was in progress, the kart with No2 destabilized in the straight after contact with another kart and hit the protective plastics (jersey). His whereabouts were then uncontrollable and he was hit by a passerby who was taken to a Rio hospital. Due to this development, it was decided to stop it PICK. We thank all the contributors for their understanding. From the first year of its organization PICK The first concern was and remains the safe conduct of sports activities on the track “.

Volvo XC90 is preparing for the next restyling

Flying taxis ready - How much is the fare? - Carneg.com