With the new Q4 e-tron the Audi brings to market the first compact and affordable electric SUV in its range, maintaining the top quality and its unique premium features and adding the excellent driving characteristics offered by the electric drive.

The advent of electric locomotive finds Audi in one of her most creative moments in her stories, having already presented some great cars in the big and luxury category. What was needed was to make its presence felt in more accessible proposals for the general public, and here comes the entry of the new Q4 e-tron.

With the new Q4 e-tron and the most sporty version with coupe features, the Q4 Sportback e-tron The German company manages to combine advanced and modern design with the top quality that always characterizes its cars and an electric technological background that stands out for its completeness and performance. 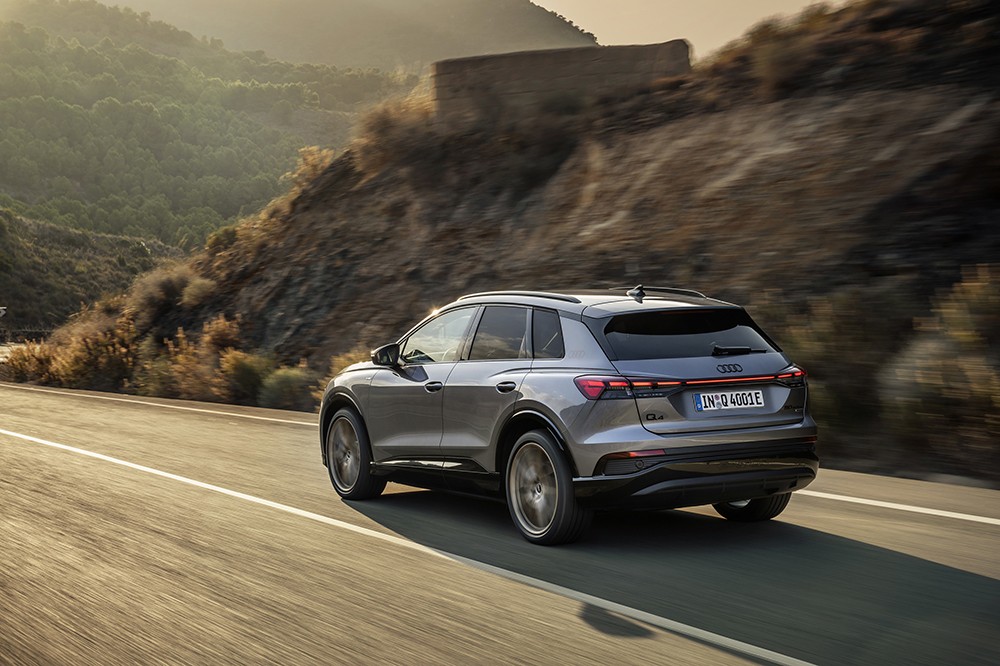 What sets Audi’s new electric compact SUV apart is the body design. With an emphasis on dynamic character and quite futuristic elements, its two versions Q4 e-tron have many modern features, such as the closed mask with the impressive brand of the company, the very beautiful lights with the new functions of LED technology, the large aerodynamic wheels, as well as many extra elements in appearance that can adapt the car to the needs and the special lifestyle of the customer. 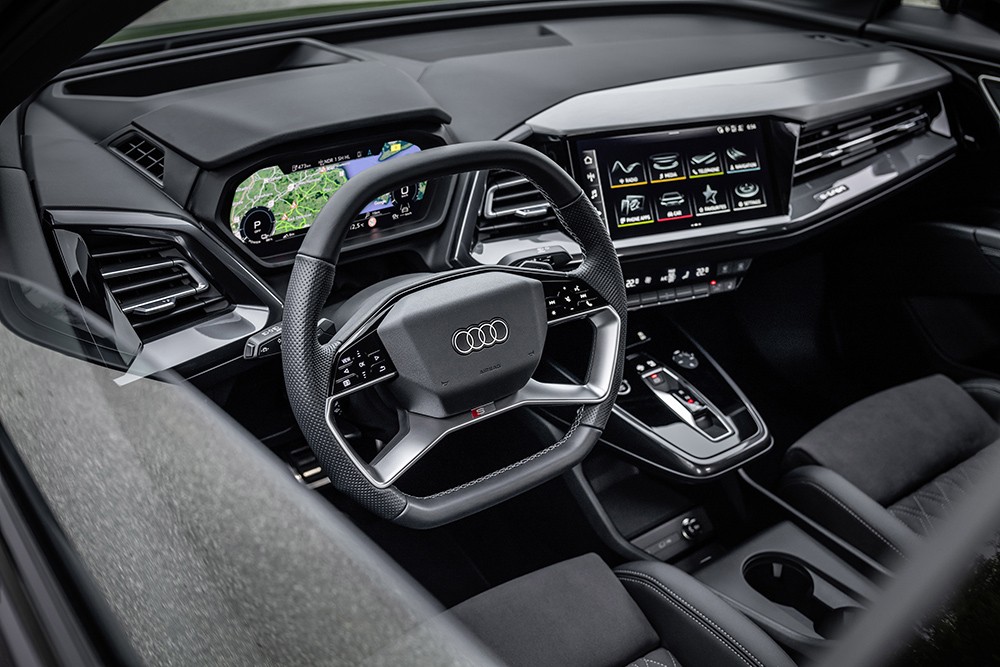 Thanks to the smart placement of the battery under the passenger seats but also the leading spatial study of the living room, the spaces for the passengers are top notch. This is helped by the huge wheelbase of 2.79 meters and the absence of a central tunnel thanks to the existence of electric drive. 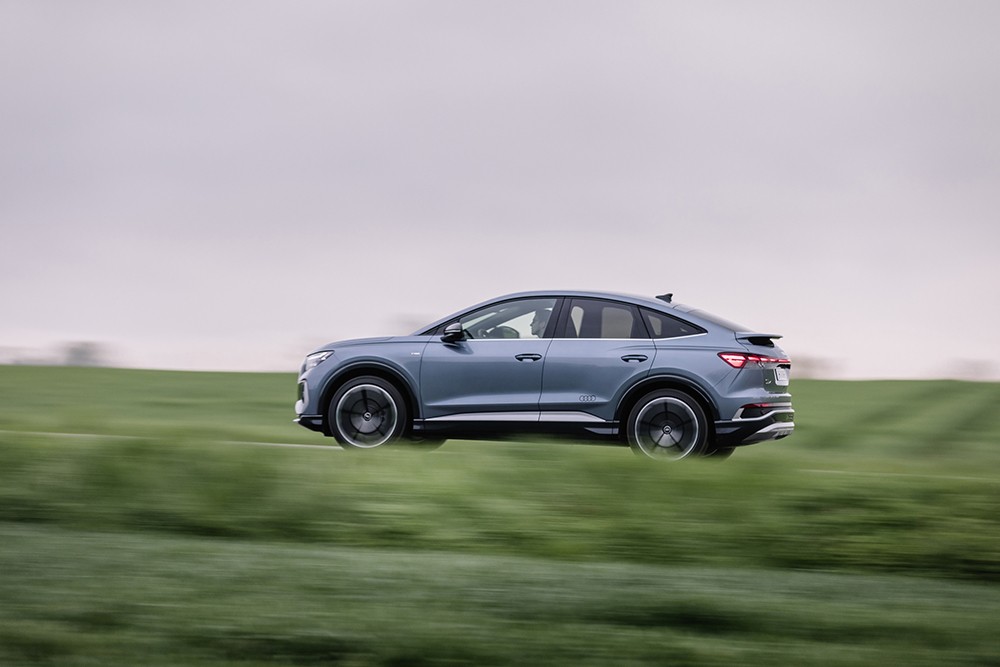 Apart from the impressive design, the bodies of the two versions are also particularly aerodynamic, with the Q4 e-tron achieves a drag coefficient of Cd 0.28 while the Q4 Sportback e-tron achieves an even lower value, with a drag coefficient of 0.26. These performances ensure an even quieter and more civilized journey while also contributing to me

The living room is another demonstration of high aesthetics and construction perfection by Audi, creating a luxurious environment with a wealth of technologies for driver assistance and passenger safety. One of the highlights of the new models is the highly advanced new generation MMI multimedia system, the new multifunction steering wheel with touch switches, the digital instrument panel, the possibility of voice commands but also a very large in size head up display With augmented reality technology. 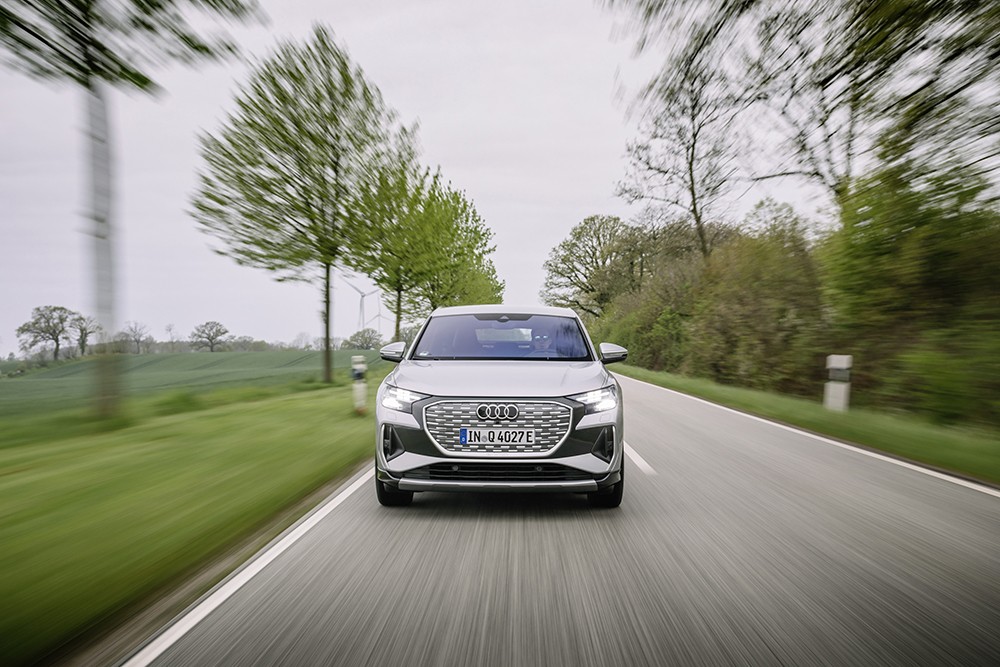 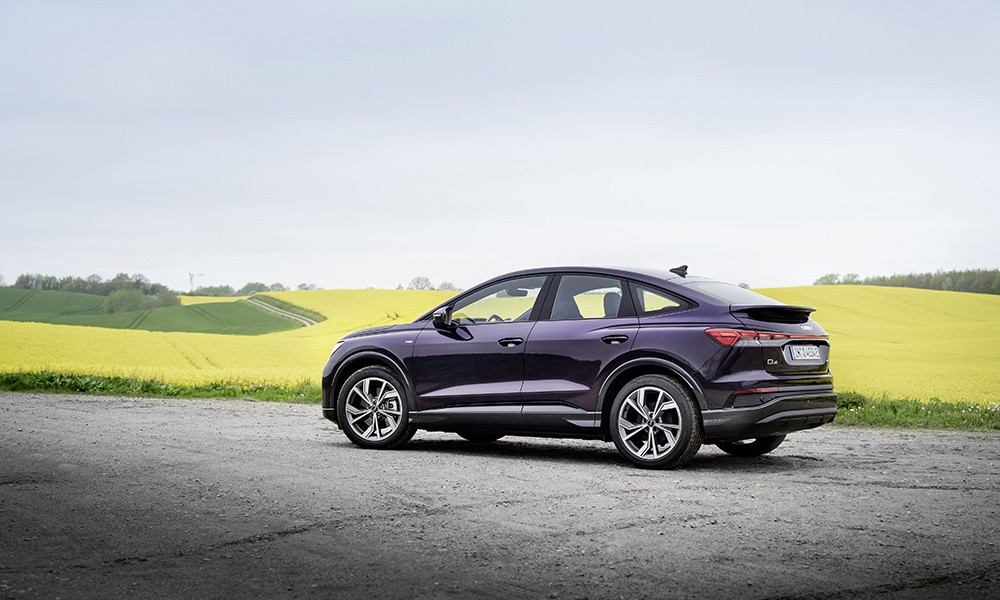 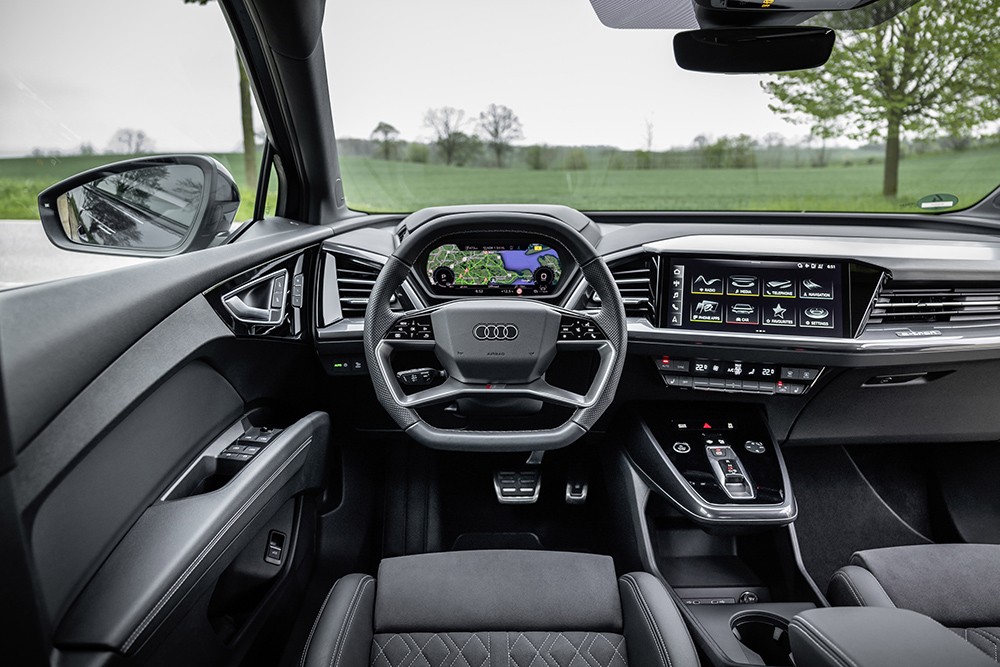 Thanks to the maximum charging capacity of 125 kW, in ideal conditions enough energy is charged in just 10 ‘, for a distance of about 130 km (WLTP). Autonomy reaches up to 520 km on the WLTP cycle (for the rear-wheel drive Q4 40 e-tron). 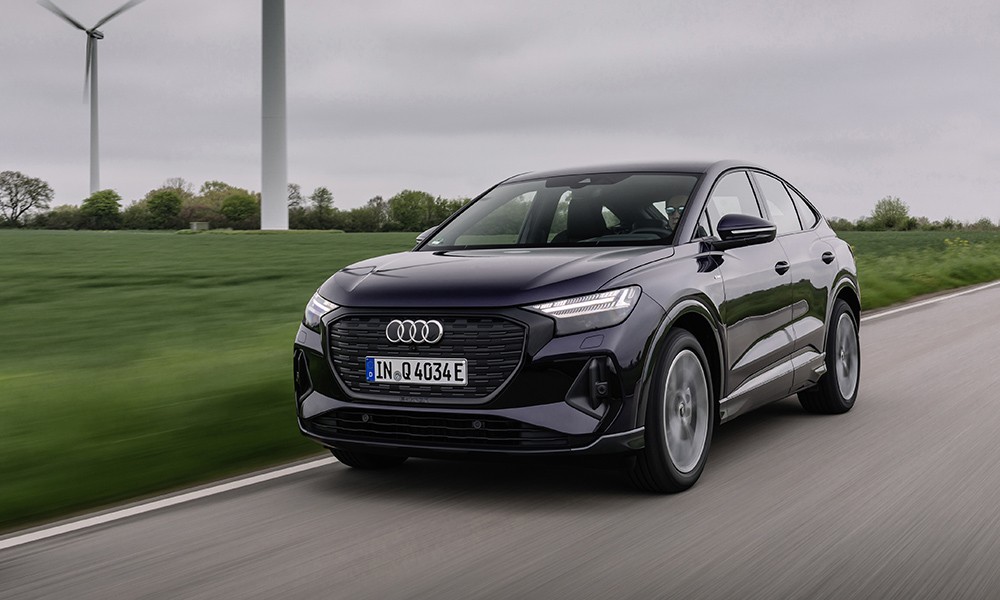 In the four-wheel drive version, it is possible to activate the front engine only when high power and torque are required, so that the battery energy is utilized to the maximum possible extent. At the same time there is a very advanced energy recovery system, which in fact has features of smart operation, utilizing elements such as navigation and topographic data.

In any case, the new Audi Q4 e-tron and Q4 Sportback e-tron represent a unique demonstration of the German company’s ability to produce leading electric cars, now aimed at a wider audience, at a very affordable price for the Greek market.

Mercedes-Benz pulls A-Class off sale in the US