Rally races are inextricably linked to Lancia. Legendary models who won victories, titles, but above all the hearts of sports fans.

The journey into the magical world of rallies begins with the Lancia Fulvia, a model that still impresses today with its style and technological innovation.

From Fulvia to Stratos, from there to Rally 037 and Delta S4 and finally to the absolute dominator of Group A, Delta.

In the early 1960s, Lancia was in transition. The company’s technical director, Antonio Fessia, was a proponent of front-wheel drive, a very modern choice for the data of the time, but which a few years later would be followed by most car manufacturers.

Fessia had already ushered in the Lancia era of mass-produced front-wheel drive cars with the Flavia in 1961, while two years later followed her “little sister”, the Lancia Fulvia. 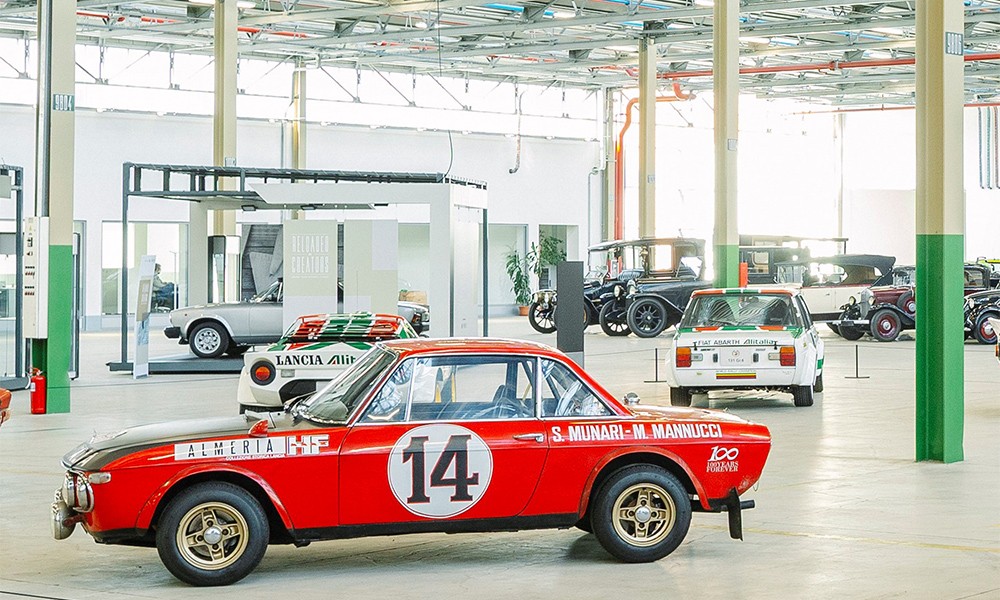 True to the innovative spirit of the company’s founder, Vincenzo Lancia, Fulvia was also equipped with a compact V4 engine, as well as all-wheel disc brakes, an option that was also the exception at the time.

Designed by Piero Castagnero, the Fulvia Coupe was an extremely stylish 2 + 2 seater coupe, whose charm did not prevent the brand’s racing team, the Squadra Corse HF Lancia, from relying on it for its participation in car racing and especially in the harsh world of rally.

The acronym HF (High Fidelity), born after Gianni Lancia’s racing success in the 1950s, was revived in 1963 -mainly- thanks to the brand’s friends, since Fessia was not a big fan of the games. Instead the team leader, Cesare Fiorio, race driver and son of the brand’s then Communications Director, Sandro Fiorio, supported the effort, while he later developed into a true rally legend, leading Lancia, Fiat and Abarth to great success, and in 1989 took over as Ferrari’s racing director in Formula 1. 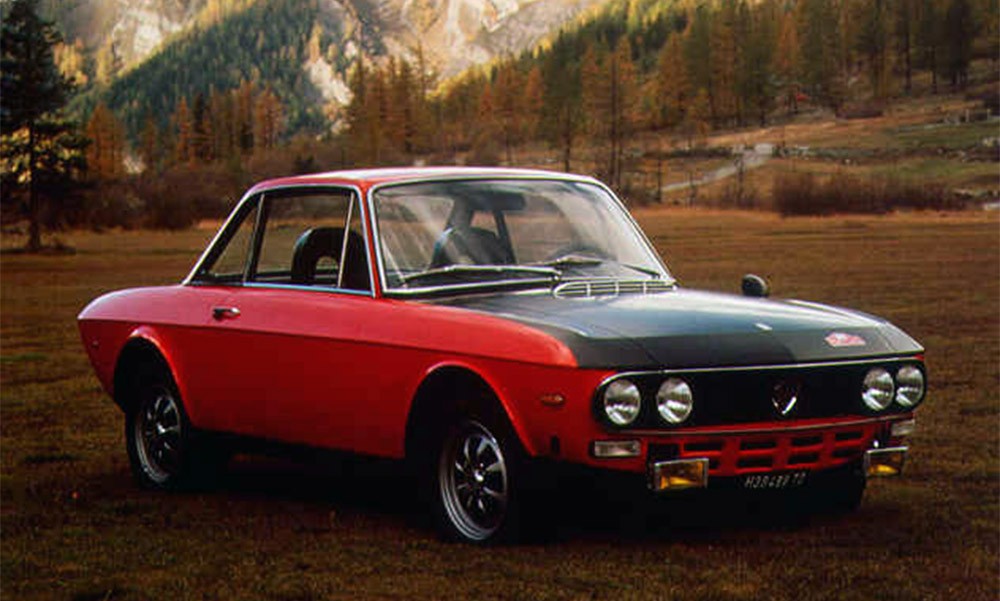 The HF versions of the Fulvia Coupé were built with the racing look in mind and so they had “Spartan” equipment, doors and aluminum hood, more powerful engines, while the bumpers were absent. Initially, the HF was equipped with a 1,216 cc engine. 88-horsepower output and four-speed transmission. Then the performance with 1.3 increased to 101 hp, while a 5-speed gearbox was installed.

In 1969 came the big change with the 1.6 HF, or as it became better known “Fanalone”, due to the larger luminaires it used. The output reached up to 130 hpwhile in addition to the 1,258 units that crossed the production line, another 20 were built exclusively for the needs of the Squadra Corse Team.

The Fulvia Coupé made its racing debut in 1965 at the Tour de Corse, but the glory came with the 1972 Monte Carlo Rally victory. There, at the wheel Fulvia Coupé 1.6 HF with the number 14 was found by Sandro Munari with co-driver Mario Mannucci.

The elegant coupe also fascinated the women who chose it to compete, with the most famous story being that of Pat Moss -the younger sister of the legendary driver Sir Stirling Moss- who won the victory with the Fulvia Coupé 1.3 HF at the 1968 Sestriere Rally.

Pat Moss had other impressive results with Fulvia, having finished in 2nd place at the Rally Sanremo of the same year, leaving behind not only its peers, but also the highly competitive Alpine.

In production all Fulvia 1,2 and 1,3 HF were painted in deep red (Amaranto Montebello), something that was true in the beginning and with 1.6 HF, which then continued with the Corsa Red. With this color and the matte black hood that wrote above the mask “Lancia-Italia” made history with the Fulvia Rally, with its triumph at the Rallye Automobile de Monte-Carlo in 1972, where he dominated among theoretically stronger opponents. 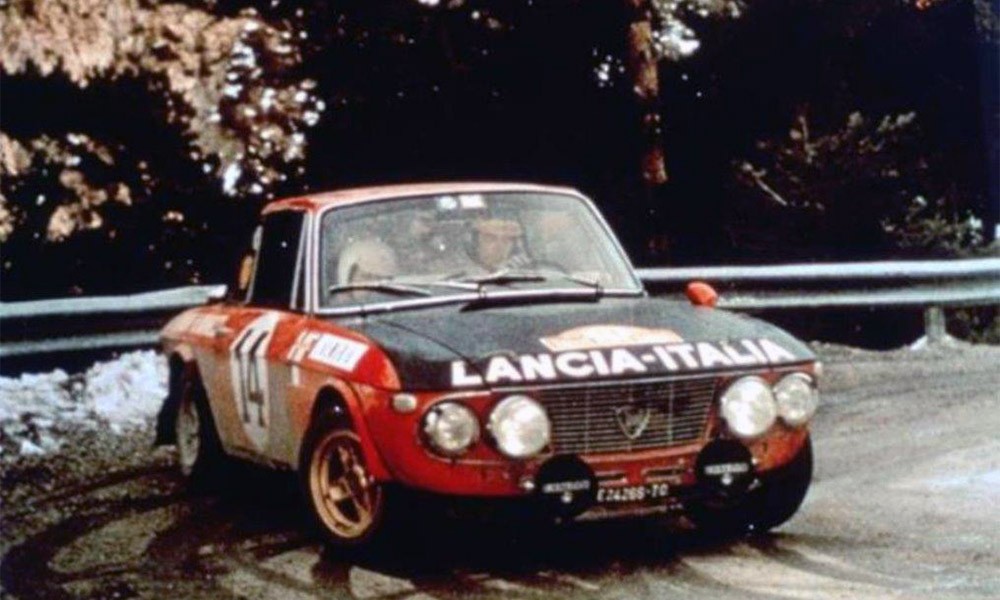 Especially in the legendary Col de Turini special on January 28, the heavy rain took the French cars out of battle, while the German rivals could not manage their very powerful and rear-wheel drive cars. On the icy route, the Munari / Mannucci “Fulvietta” proved invincible, thanks to its impressive weight / horsepower ratio, and the best flexibility offered by the front wheel drive.

It was an amazing success for Fulvia that would lead it that year to win the World Manufacturers Championship, while a little later, in 1976, its production would be completed.

Fulvia with its style and innovative design left its mark on rally racing, but mainly paved the way for Lancia to star in this form of racing for almost 30 years. After all, the same year as the victory in Monte Carlo, the legendary Stratos had begun to take on flesh and blood… 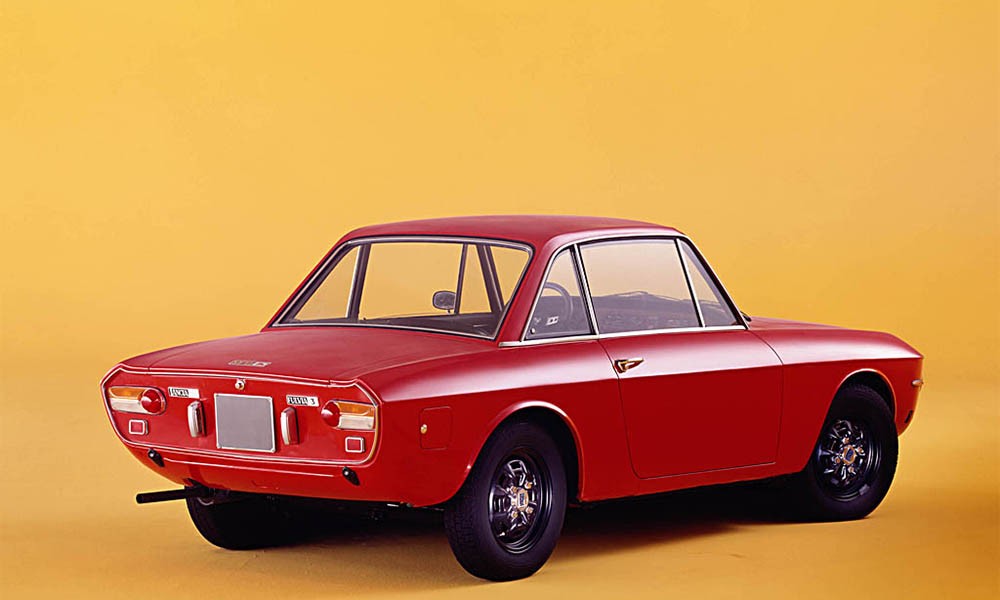 READ ALSO:
A modern Lancia Fulvia
How much is a Lancia Delta Integrale Evo II Edizione Finale doll for sale?
Lancia returns to European markets in 2024

Look at the endless line of Lada Largus: they can't get to dealers