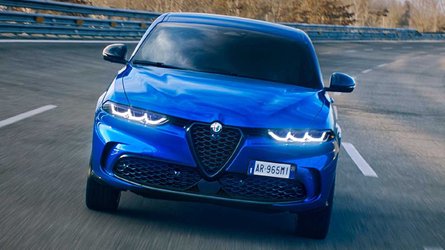 Alfa Romeo is now an integral part of the large Stellantis group and the new mothership plans significant investments in the Italian marque throughout the decade. Alfa is already in the middle of expanding its own portfolio. The Tonale was only introduced last week. But that won’t be the only new crossover in the lineup.

Imparato revealed that the new model – presumably it will be called the Brennero – will sit below the Tonale. The market launch will take place in 2024 and apparently with combustion engines. The first purely electric variant is scheduled to appear in 2025. According to Imparato, from this year all new models will be 100 percent electric.

The new Alfa boss was previously at the helm of Peugeot and led the French back into the black. He now intends to do the same with the Italian cult brand. He stated that his aim was to attack BMW (also in terms of price) wherever the two brands compete directly.

Alfa Romeo urgently needs fresh models for this. Five of them are to be launched in the next few years. One of them is the Tonale just shown, which will be rolling out to retailers in the second quarter of 2022. Two more are to replace Giulia and Stelvio.

The fourth car is the small crossover below the Tonale. There is still no final decision on model number five. However, according to Imparato, it should also compete outside of Europe, which at least does not necessarily speak for a rather small vehicle.

Alfa wants to show at least one important new product every year until 2030, be it a completely new model or a facelift. The tonal is now the beginning and already shows the new focus on high-growth segments. It is also the first car to represent the transition between the combustion engine past and the electric future of the Cuore Sportivo.

The incredible reason that a Bugatti worth 3.5 million euros was called (+ video) - Carneg.com