The Audi Q9 will throw the glove on the BMW X7 and Mercedes GLS – Carneg.com

The Ingolstadt-based company is preparing its new flagship, which will cross swords with the largest SUVs of its domestic competitors.

Parallel lives through the three premium German manufacturers – Audi, BMW, Mercedes – with each movement of each to “lift” immediately the answer of the other two. Exceptions to the rule, however, are Mercedes GLS and BMW X7 who do not… have an opponent from Ingolstadt.

That will soon change, with posts involving her Audi in development scenarios of the largest SUV in its range, under the pop-up name Q9 (or Q7 L).

Reports indicate that the company’s people are already conducting exhaustive tests on the future flagship of the range, with some prototypes captured by “spy lenses” while moving inside Nurburgring.

The upcoming model may be based on its platform VW Atlas, and its appearance will be in full harmony with the modern design language of Audi, and therefore it is considered certain that it will bring a imposing and at the same time modern look.

There are no official photos of the moment, but that does not stop the Russian website Kolesa.ru from submitting her own proposal on his appearance beastly SUV. 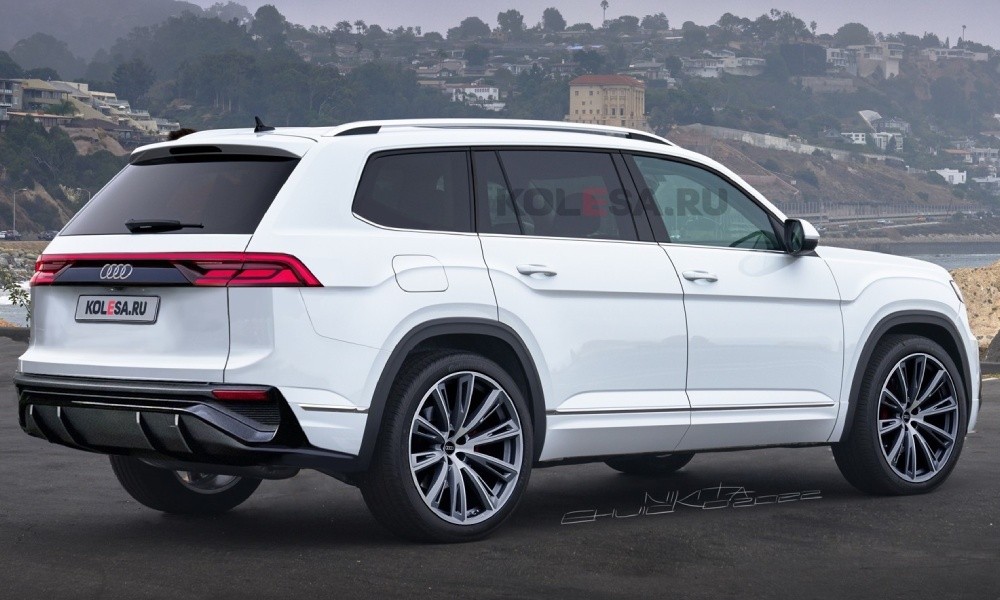 Her own “look” wants the model to have slim LED headlights, a large one hexagonal Singerframe mask and large air intakes for more efficient brake and engine cooling.

In profile a large horizontal “nerve” runs through the doors, when at the back the big highlight are the lights, at design pattern of his Q8.

The range of versions will have at least one plug-in hybrid representation, based on one 2.65 cc V6 petrol engine, framed by electric motor and battery energy capacity 17.9 kWh, which will provide electricity autonomy about 50 km.

Audi is keeping quiet compared to the model’s unveiling date, but the hood is expected to be removed either at end of the year, either on early 2023.

It is worth noting that the launch may involve -at least in the first phase- exclusively the Chinese market.

Look at the Toyota GR Yaris, which is faster than the Nissan GT-R Nismo