Euro 7 cars are a problem: the alarm of European manufacturers 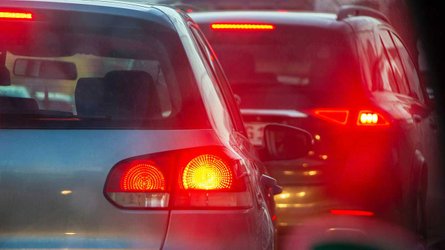 L’THAT, the Association of European Automobile Manufacturers, is sounding the alarm as the adoption of the new regulations approaches Euro 7 which is to set exhaust emission limits for new cars with internal combustion engines. The problem raised by the ACEA comes from the calendar, the types of vehicles and the clarity of the new rules.

In practice, manufacturers claim that since ACEA made its proposal to the European Commission in June 2021 over the two-year period 2025/2026 for the introduction of the new rules, new limit values ​​and test procedures approval, nothing has changed in Brussels. On the contrary, says ACEA, the decision of the European Commission on the adoption of Euro 7 standards has been postponed from the end of 2021 to April 5, 2022.

At this new delay, which makes it practically impossible to set 2025 as the starting year for the new Euro 7 limits, there is also the discussion on the real need to diversify the levels of exhaust emissions for passenger cars/light commercial vehicles ( Euro 7) and heavy duty vehicles (Euro VII), as well as the Commission’s silence on the outline of the new Euro 7 limits.

In practice, the main European automotive groups are asking the institutions to act quickly and to propose clear and unambiguous rules as soon as possible so that the entire automotive industry can “focus investment and engineering resources on a carbon-neutral mobility that can go hand-in-hand with the electrification of the vehicle range to achieve carbon neutrality by 2050”.

The latest statements from the Director General of theTHAT, Eric-Mark Huitema, which evokes the first projects drawn up by the European Commission to reduce CO2 emissions in the automotive sector, go in the same direction:

“Reducing CO2 emissions by 55% by 2030 was already a challenge, but further reductions are unfortunately unrealistic. They would only be achievable if there was a massive increase in charging infrastructure, to reach 7 million charging points, compared to the 3.9 million proposed by the Commission and the 200,000 currently available.”

“Imposing today a 100% CO2 reduction target by 2035 is premature, a de facto shutdown of internal combustion engines that would be better to propose again during the 2028 review, when the evolutions of the charging, new technologies and customer needs will be clearer.”

“Policymakers must do more to ensure that no country and no citizen is left behind and that zero-emission vehicles are available and affordable to all, so as not to create the new ‘mobility poor’. In short, manufacturers are ready to cancel CO2 emissions by supporting climate neutrality targets by 2050, but if Europe continues to change its mind every two years on the targets, social tensions are likely to arise.

To better understand what the new Euro 7 emissions system proposed by ACEA to the European Commission is, below is a comparison table with the current Euro 6d-ISC-FCM system.

Unique Toyota 2000GT by Carroll Shelby up for auction

The Audi Q9 will throw the glove on the BMW X7 and Mercedes GLS - Carneg.com