Another Ferrari “punishes” anyone who does not respect it (+ video) – Carneg.com

A rather hilarious test drive of a SF90 Street of a Ukrainian businessman in Dubai ended ingloriously.

The recent tragic story with the accident of George Monogiou in our country highlighted the indisputable fact that supercars want respect and knowledge to drive. And yet they do not forgive moments of laxity and pointless games, especially on public roads.

In the new case that is making the rounds of the Internet, we have another typical example of the situation where a lot of money is not necessarily accompanied by driving skills to own a supercar.

As we learn from the Bulgarian website Automedia, A Ukrainian millionaire named Alex Slobozhenko was found in Dubai where he rented one Ferrari SF90 for a test drive.

The rich Ukrainian wanted to replace the SF90 with the Lamborghini Huracan he already owns. But as it appears in the video, things did not go well at all. 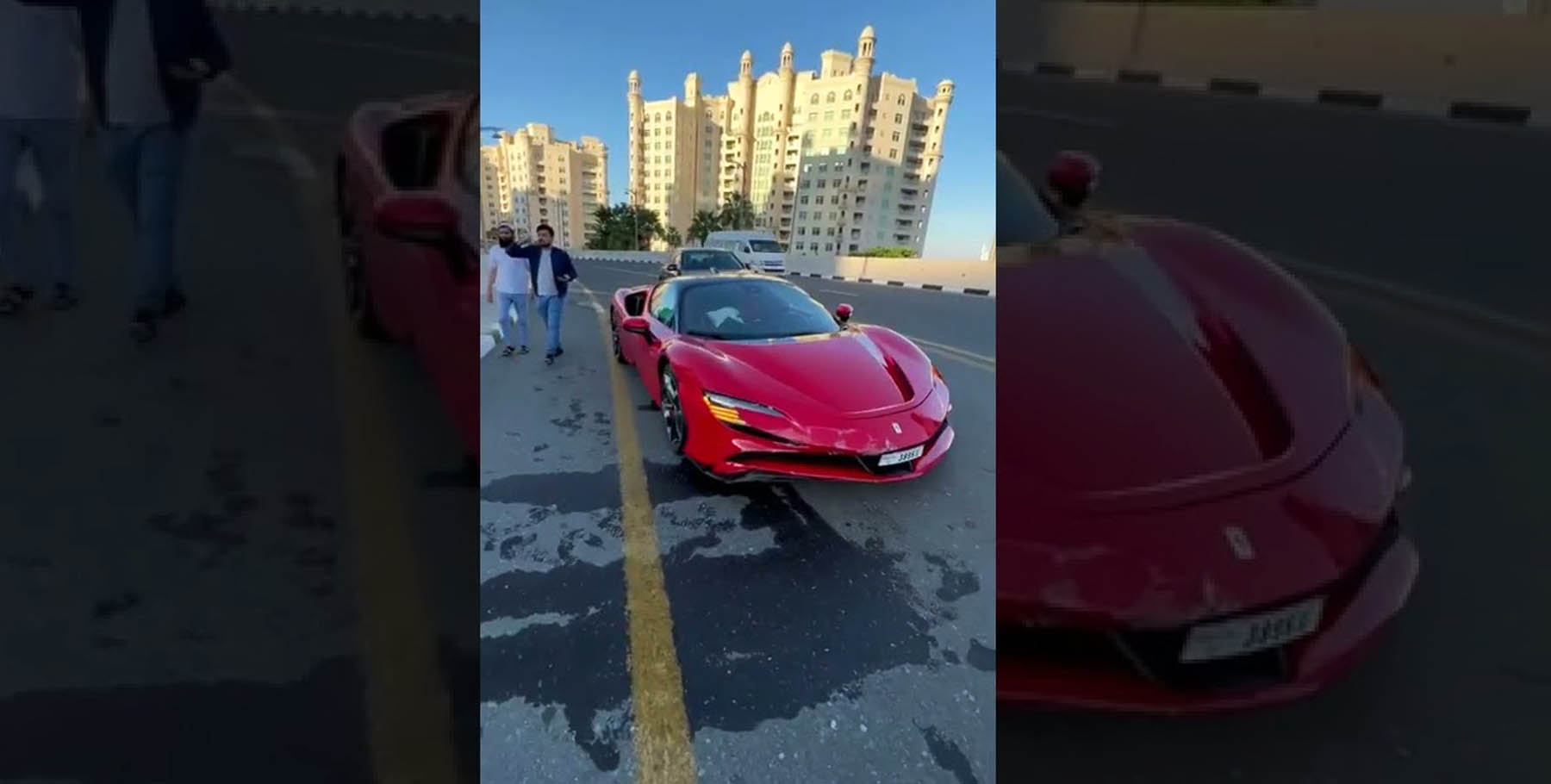 Suddenly and while there is a fairly cheerful atmosphere, it seems that the driver pressed the accelerator a little more, and suddenly “loses” the car, which unable to fix it falls on the curb.

In the following scenes we see the SF90 stopped at the edge and quite injured at the front right. Fortunately the speed was rather low and there were no problems with the passengers, beyond the wounded pride of the Ferrari driver.

The whole scene makes it clear to everyone that supercars, especially those with many horses like its 1,000 SF90, need respect and vigilance even in simple everyday situations. And also that silk cars also need skillful hands, and not just fat bank accounts.

READ ALSO:
George Monogyios: Ferrari with the electronic OFF and “dry gas”
Accident with Ferrari: In the Traffic Police the material from the cameras
This happens when a Ferrari is in the wrong hands

Look at the ambulance, which can accelerate to 400 kilometers per hour