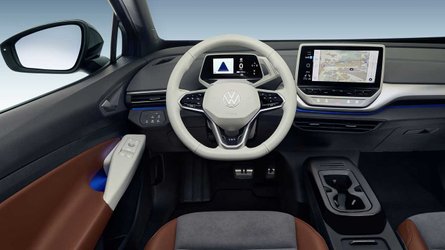 Volkswagen and automotive supplier Bosch on Tuesday announced a broad partnership to develop self-driving systems by 2023, in an area where Tesla has taken a head start. Volkswagen’s software subsidiary, Cariad, will develop with Bosch “features that allow drivers to temporarily take their hands off the wheel”, detailed the two German groups in a press release.

Intended for all models of the group’s brands, from the Volkswagen Polo to Lamborghini, these systems will also be accessible to other manufacturers, Bosch customers. The bet of the two partners: “bringing German software engineering to a new level” of expertise in autonomous driving, pleaded Dirk Hilgenberg, boss of Cariad, during a conference call. “Speed ​​is essential” and “we know that there is not only one competitor on the market” of the autonomous car, he hammered.

In this area where the German automobile is left behind, the boss of Volkswagen, Herbert Diess, last November prepared his troops for a “revolution” to face the new competition from Tesla.

The American already collects a lot of data with its hundreds of thousands of networked electric vehicles, allowing it to innovate faster in driving assistance programs. For their part, Volkswagen and Bosch will work from data collected “using one of the largest fleets of connected vehicles in the world”, which offers a “huge database to take self-driving systems to the next level”, said Mathias Pillin, head of IT solutions at Bosch.

Volkswagen and Cariad are first targeting so-called level 2 autonomous driving systems, which will allow the driver to momentarily let go of the steering wheel while remaining attentive, “in the city, in the countryside and on the highway”. The two partners will also develop a level 3 system on the motorway.

This level of autonomy, the most advanced currently, available in certain top-of-the-range cars, allows the driver to divert his gaze from the road and to give the vehicle all the driving. However, the driver retains the possibility of taking control at any time and must intervene within a certain period of time if the vehicle requests it. The possibility of developing a fully automated, Level 4 driving system will be “assessed”.

The potential for the self-driving car is enormous, with some 64% of vehicles sold in 2030 having Level 2 or higher self-driving functions, according to research by McKinsey. At the heart of the race for the autonomous and connected car of the future, software has become strategic for Volkswagen, an area where it plans to invest 27 billion euros by 2025.

In this context, the Wolfsburg group has also entered into other specific partnerships, in particular at the beginning of 2021 with Microsoft in cloud computing and artificial intelligence. In 2021, it also bought the camera division of the equipment manufacturer Hella, to strengthen itself in terms of image processing. (with AFP)

The bad guys of Formula 1 - Carneg.com