Newsauto Confirmation! Here are the new subsidies of I Move Electric – Carneg.com 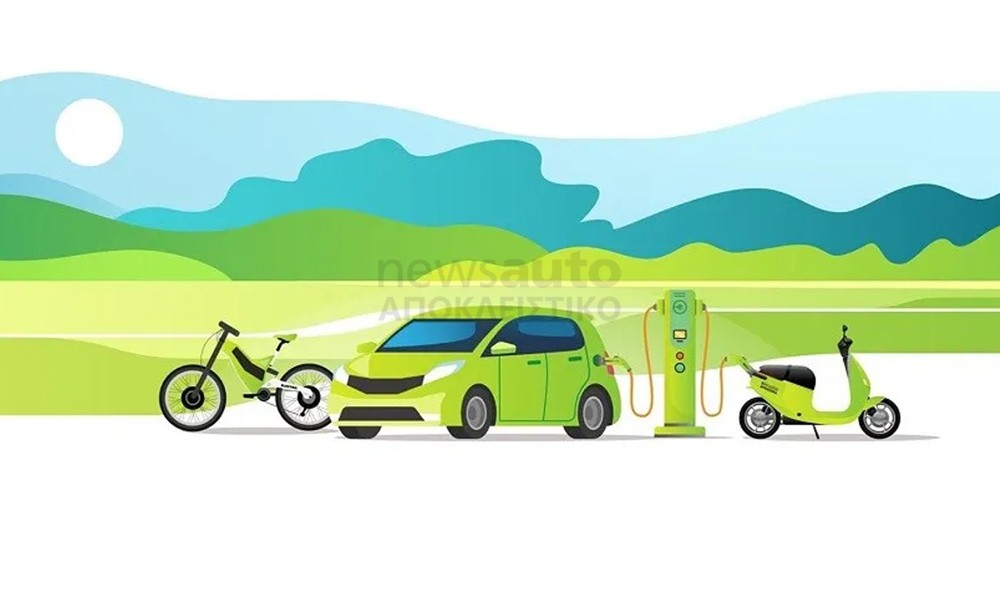 The Ministry of Environment and Energy has officially announced the new increased amounts for those who want to get an electric car, scooter or bicycle.

The new increased subsidies for second cycle of the program I Move Electrically announced the Ministry of Environment and Energy fully confirming the report by Newsauto.gr.

In particular the Ministry of Environment and Energy announced that him April I will start the second cycle of the program «I move Electrically»To promote it electric drive however the consumers they can requested for a subsidy for electric vehicles they have acquired and space from January 2022 up to activation of the new program, that is, the April 1, 2022.

The new program with budget EUR 50 million for 2022 includes increased subsidies for the purchase electric cars, two-wheelers while being socially enacted criteria for the disabled, large families and for the first time for young people up to 29 years old. Special care will be taken for them as well businesses operating in Islands.

The second cycle of “I move ElectricallyWill have retroactive effect from 1.12.2021 and citizens will be able to submit their applications by 31.12.2023.

The most important provisions of the new program are the following:

For individuals, the subsidy rate for the purchase of an electric car increases from 20% to 30% and the maximum amount at 8,000 euros.

THE withdrawal is rewarded with 1,000 euros while buy smart home charger with 500 euros.

The subsidy rate for electrical bicycles remains at 40% and maximum grant amount will be 800 euros.

For individuals, the subsidy rate for the purchase electric scooters and tricycles category L5e until L7e increases by 20% to 40% and the maximum grant amount from 800 euros in 3,000 euros. These categories include professional electric tricycles used for transportation of goods and / or passengers as well as small cars. Especially for young people up to 29 years old, the increase of the aid by 1,000 euros for the purchase is foreseen electric small cars.

The subsidy rate for electric scooters L1e to L4e remains at 20% and the maximum grant amount will be 800 euros. These categories include light scooters and tricycles with displacement less than 50 cc as well as the corresponding vehicles of larger capacity.

Especially for supply of electric vehicles of of the whole category L I will subsidized optionally as part of the basic equipment of the vehicle the purchase of a second battery with an amount 300 euros.

The subsidy rate for electrical bicycles remains at 40% and maximum grant amount will be 800 euros.

For companies, the subsidy rate for the purchase electric car increases by 20% to 30% and the maximum grant amount reaches 8,000 euros.

THE number of vehicles for which a company is eligible for a grant will no longer be limited numerically, in contrast to the first cycle of the program which had a limit of 3 or 6 vehicles (in case of island Municipalities).

The companies they can now subsidized and for purchase installation of smart chargers provided that they will serve the purposes of the company and will not be used for commercial exploitation.

Also provided opportunity to companies to withdraw an equal number of vehicles with the one corresponding to the vehicles for which they are requested subsidy with the amount per vehicle to be 1,000 euros.

Courier companies, distributions and travel companies they can subsidized for the purchase of electric bicycles.

In the context of the initiative GR – Eco Islands special care is taken for companies operating in Islands while the electric car market reinforced with additional 4,000 euros per car.

The representative companies, merchants and car importers for the purchase of electric demonstration cars (test drive) with subsidy rate 30% and maximum amount of 8,000 euros per car.

In relation to the first cycle of the program there will no longer be an obligation to redeem the vehicle at the end of the period timing. In this way facilitated the replacement of old polluting corporate fleets.

The Minister of Environment and Energy, Costas Skrekas, stated: “With the second cycle of” I Move Electric “and the new increased subsidies, we give strong incentives to more and more citizens to acquire purely electric vehicles. THE first season of the program had particularly positive results. He made a decisive contribution to the increase of electric vehicles and in target overrun, against 183,6%, which provided for National Plan for Energy and Climate (ESEK) for 2021. They were classified 6,967 electric vehicles, against a target 3.750. Today, we announce the specifications of the new program, which includes an increase in the subsidy for individuals and companies for the acquisition electric cars and bicycles. We also establish social criteria for Disabled and large families, but also criteria for the withdrawal of the old ones polluting vehicles and buying a smart charger. The new program will be important in achieving the long-term goals for e-mobility set out in the first National Climate Law».

THE Secretary General of Energy and Mineral Raw Materials, Alexandra Sdoukou, stated: “His first cycle I move Electrically was completed with an impressive turnout and having been welcomed in 16 months a total of 18,816 applications, citizens and companies that chose its technology electric drive for their daily movements. The contribution of action to their penetration electric vehicles in the transport mix was extremely important, which pushed us to upgrade the program “I move electrically” which we announce today and in strengthening the incentives provided with the ultimate goal of pollution reduction against 55% until the 2030. Financial instruments and tax incentives are part of an overall strategy design to be imprinted on Climate Law, in the utilization of its resources Recovery Fund to strengthen the facility publicly accessible charging infrastructure, in the transition of our islands to climate neutrality and finally to sustainable and citizen-friendly green transport “.

READ ALSO:
Revelation: New mammoth state subsidy – Changes to the new “I move Electricly”
Revelation! With retroactive force the B cycle of I Move Electrically
I Move Electric: When the new increased subsidies come

On September 29, a group of off-road and adventure friends set off on an epic 2,500km journey, connecting Greece to...

The Japanese newspaper Yomiuri reported about the imminent closure of the Isuzu Motors plant in Ulyanovsk, JSC Isuzu Rus, citing...

Europe faced with a shortage of semiconductors: a plan presented on February 8