Europe faced with a shortage of semiconductors: a plan presented on February 8 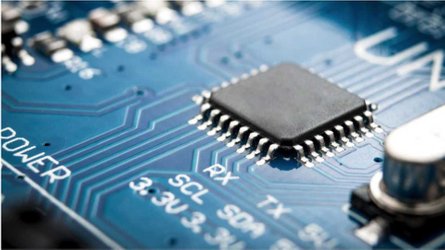 The European Union is preparing to reduce its dependence on Asian components so as not to end up in a crisis like the one last year. The big European plan will be presented on February 8 under the name of “European Chips Act”.

The announcement was made by Thierry Breton, European Commissioner for the Internal Market, who spoke after the Competitiveness Council held earlier this week in Lens, northern France.

“We are not protectionists”, explained Thierry Breton, because the bill will serve to “compensate for” Europe’s dependence on Asia, especially the Taiwan region, with “a lot of investment to strengthen research, accommodate mega-factories and have the tools to guarantee the security of supplies”.

We haven’t had any other details, more information will arrive in a few days. However, the President of the European Commission, Ursula von der Leyen, had given us some clues when announcing the law on European semiconductors last September.

Europe’s idea for overcoming the crisis is to “pooling research, design and testing capabilities”, inviting Member States to “coordinate national and European investments along the value chain”.

The ultimate goal is to create “a leading European semiconductor ecosystem, including manufacturing”, because only then can we “ensure security of supply and develop new markets for innovative European technologies”.

Meanwhile, news is coming in from Germany about Siltronic, one of the biggest chipmakers in Europe and the world. The company, which was at the center of a proposed takeover by the Taiwanese giant GlobalWafer for 4.5 billion euros, will remain in German hands.

What happened ? The official reason is that the Chinese antitrust authority only gave the green light to the operation last Friday, a few days before the deadline set for yesterday, after a 14-month study process, thus preventing the German authorities to properly verify the terms of the contract.

“It was not possible to complete all the necessary steps, including verification of the approval of the Chinese antitrust authority, which was only issued last week”, explains a spokesman for the German Ministry of Economic Affairs. However, it is possible that GlobalWafer will make a new offer.

The sublime car of the new Italian president, soon an SUV?