Thousands of calls to “1110” for patient transport – Carneg.com

The Attica Region and the Athens Medical Association continue to help citizens in need.

Its Action continues Attica Region and his Medical Association of Athens in the context of which, following a relevant initiative of the Regional Governor G. Patoulis, Immediate Intervention Units of ΚΕΠΙΧ in collaboration with ΕΚΑΒ, transport patients they face problems accessibility, in Hospitals and Health structures.

Especially the last one three days 24, 25 and 26 January were transferred over 90 patients which had to be served directly to hospitals and Health structures, but because of difficult weather conditions it was not easy to move them. These are mainly kidney patients who are required to travel for the dialysis procedure, while citizens who had other health problems and had to be transferred to hospitals. 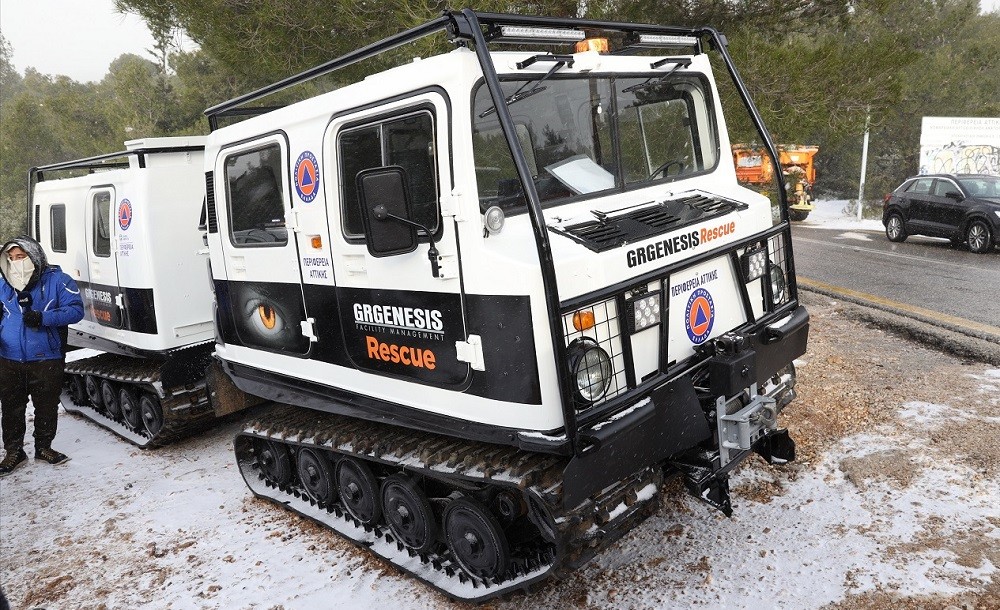 In addition to hemodialysis there were, inter alia, a release and transfer to a nephrologist in the ΝΙΜΤΣ from Vari, for his clinic which was the only one nephrology clinic of YOU on duty, as well as the transfer to Children’s Hospital, patient with Mediterranean Anemia for transfusion.

At the same time there was a release and oncologist transfer in the People’s Hospital one of the calls was a request from a fellow citizen who was anxious about his elderly mother and younger brother (disabled), who live in an inaccessible area and had a power outage for 2 days, so it is impossible to Contact. THE Region of Attica and ΚΕΠΙΧ responded immediately and went to the area 2 persons, which helped family members communicate with each other.

The constant demand for appointments for the following days showed how necessary this specific initiative was. Regional Governor given the serious problems caused by the bad weather.

In the meantime thousands of calls continues and accepts the call center citizen service 1110 of the Region and his ΙΣΑ which accepts all kinds of requests regarding bad weather. The calls until last night were 2.308 with an average response 50 sec.

Following a relevant decision of Mr. Patouli and with a view to further supporting it 1110 for all requests received from Municipalities and citizens on road snow, food, shortages, medicines and other problems to support citizens, 1110. The number of its executive staff immediately increased ΚΕΠΙΧ, receiving calls. The requests are evaluated and promoted to Region and to the competent bodies, in order to solve the problems as soon as possible.

The Action is coordinated by the Deputy Regional Minister of Health G. Kechris and the Business Center Coordinator (KEPIX) of the Attica Region and the ISA G. Stefanakos.

THE Attica Regional Governor He pointed out: “In these very difficult conditions, our priority is to ensure the access of citizens who have difficulty moving to Health structures. The last two days, in full cooperation with ΕΚΑΒ, the Units We were visited by dozens of areas throughout Attica serving citizens, mainly kidney patients, who had to be transferred immediately to hospitals and Health structures to do dialysis. We will continue to facilitate our fellow citizens until the situation normalizes. We will not let anyone feel alone. “

It is pointed out that its executives 1110 and his ΚΕΠΙΧ are in constant contact with Civil Protection of Region for information about them closed roads. They mainly accept calls for related incidents health issues, power failure, transport to hospitals and artificial kidney units, etc.

READ ALSO:
These are the vehicles of the Special Emergency Response Teams
Attica Region: 23 shock proposals for diplomas, easy plates, calls
Driving in the snow: What to watch out for

Nissan Micra counts down - Who will be the successor? - Carneg.com

The first batch of Mazda CX-50 crossovers has been assembled