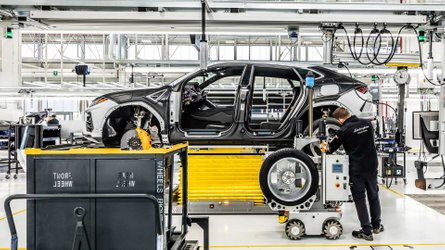 Lamborghini will present its last model with a pure combustion engine drive this year. The sports car manufacturer from Sant’Agata Bolognese will then switch to electrification of all its models until the first fully electric car is due to appear in 2028. We already knew that Lambo is planning a pretty radical first electric car. Thanks to a new report by Coach we now get a better insight into the plans.

In all likelihood, Lamborghini’s first all-electric will take the form of a slightly raised 2+2 seater. This is what the British magazine reports after having the opportunity to speak to Lambo CEO Stephan Winkelmann. The boss confirmed that this all-electric product will be radically different from anything seen from Lamborghini before.

“When it comes to the first all-electric car, it’s logical that our approach is clear and forward-looking,” said Winkelmann. “Of course, because we say: ‘Yes, electrification is part of our future’. And with foresight, because we say: ‘It’s a completely new car: the fourth model. It’s a segment that we haven’t occupied for decades, if we’re talking about a 2+2 or a four-seater, maybe even with increased ground clearance.'”

The all-electric intellectual heritage of the two will enter early development later this year. This is where you decide on the final concept and the design philosophy.

“It’s moving forward in the sense that this year we’re deciding what kind of car it’s going to be, and not just volumes, pricing or body style, but also much more about the content of the car,” Winkelmann explained to colleagues at Coach. “If everything goes according to plan, we will have started the project by the end of the year.”

The fully electric second generation of the Urus will follow the electric crossover. The performance SUV will be “fully electrified”. A combustion variant is not planned. Just like Lambo’s first all-electric production car, the next Urus will be “a completely new car”.

In 25 days the conclusion of the Committee for Attiki Odos! - Carneg.com