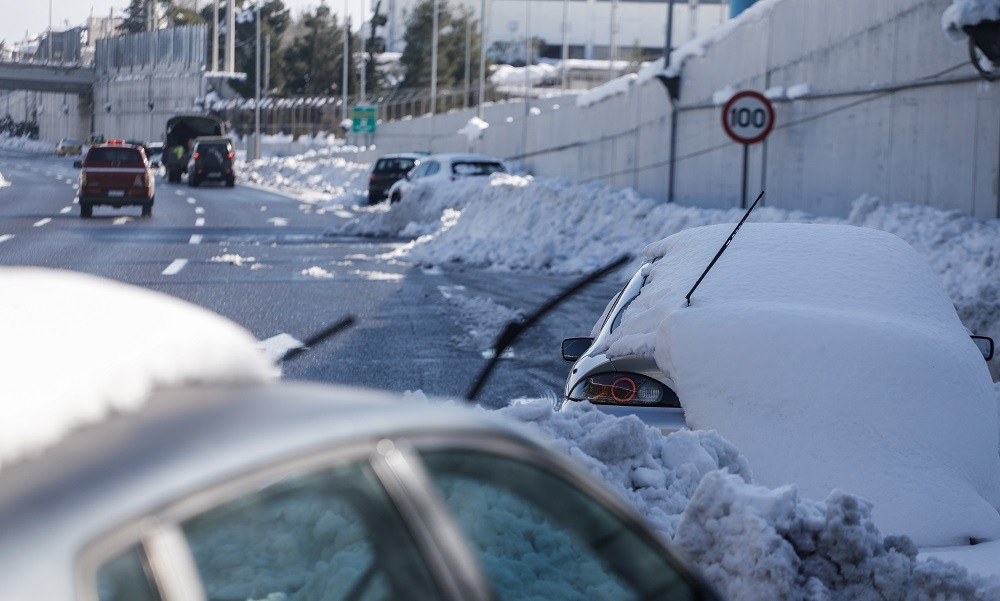 The highway management company transported the remaining trapped cars to a specially designed parking lot of the Airport “El. Venizelos “.

It works again the Attiki Odos from her morning Thursday 27 January and even without drivers having to pay tolls up to Sunday, January 30 with the latter caged cars to have been transferred to Specially designed area of ​​the Airport parking «El. Venizelos».

The their owners can pick them up with her vehicles Civil Protection located at the node “Ring” in Kifissias Avenue from the 09:00 to 19:00.

As pointed out by its management company Attiki Odos in a relevant announcement: “H. Attiki Odos informs that from Thursday, January 27 at 8:00 am will be put in mode and the rest of it, with traffic to be fully restored along its entire length highway. The crossings will take place without payment of tolls until Sunday 30 January and time 23:59, for the convenience of all leading due to ongoing problems on ring roads.

It is also pointed out that the business is in progress release and transport outside Attiki Odos of remaining vehicles. The operation is expected to be completed in the morning with transport of vehicles in its specially designed space Airport parking “El. Venizelos » behind the shops IKEA and KOTSOVOLOS, στα Spata. For the convenience of their owners, who are requested to receive them, itineraries are made to the point, in cooperation with the General Civil Protection Secretariat, through vehicles starting from junction of Kifissia Avenue (“Ring”) from the 9:00 to 19:00.

THE Attiki Odos denies it document presented by a television station, according to which had refused the request of the Traffic Police to close the entrance to the highway from her morning Monday, due to the snow that brought to Attica the “Hope”.

In a statement, the company states: “The company Attikes Diadromes SA categorically denies the information transmitted TV station, and reproduce media, according to which requested by the Traffic Police to closed the Attiki Odos at 10.00 a.m. on Monday and the company did not accept it.»

READ ALSO:
Attiki Odos: “Hate” for the Greek State that gave her the project
What is the fine that Attiki Odos will pay? – What does the contract say?
Official! 2,000 euros for each trapped car – 1,000 euros for train passengers