Hyundai has entered all the mainstream categories of the market, presenting proposals that can claim firsts and one of them is the hybrid version of the Kona, which completes a complete range of versions for the popular B SUV of the Korean company.

With its hybrid version Kona, the range of versions of its model Hyundai becomes the most versatile in the category.

That the B SUV have a special past in the modern era of the Greek market and not only, it is something that all companies must manage. In this case, with success from the very first period of its availability, at the end of 2017, the road was paved for Hyundai all it had to do was offer a variety of versions for every taste and budget. Here we have before us, the most mainstream version of the model, with the hybrid “package” of the engine and in fact in the renewed version Kona.

The Kona comes with engine diesel but also as purely electric, having received very good reviews in any case. The petrol versions (from the most “humble” with the three-cylinder 1,000 hp and 120 hp, to the most dynamic “Ν»With the 2 liter turbo total of 280 hp), they now have a hybrid to frame them. Something like that is uniquely completed the range of versions of the model, which gathers many chances to “not let” the prospective buyer “look” elsewhere. The aesthetics of the body after the renewal, is a point that leaves no one unmoved. 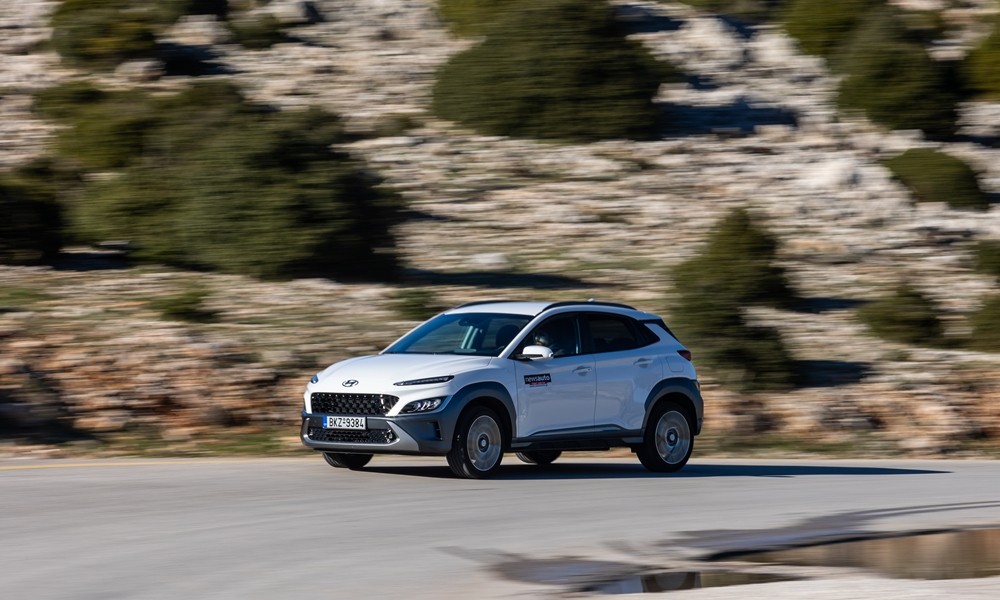 Although in some cases it can be considered excessive, objectively Kona has all those elements that rank it among the most modern aesthetic proposals on the market, regardless of category. The front grille is now wider for the grille, in the center of which dominates the Korean company logo. Without changing significantly the car’s headlights, its look has become less “Asian” coming closer to what fans of European aesthetics consider well-designed and acceptable. 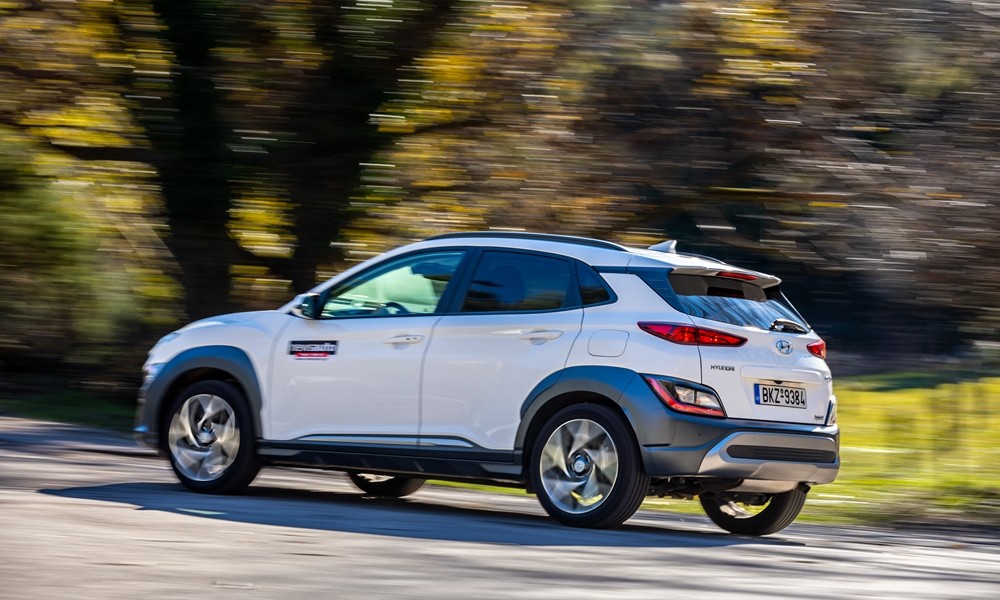 Respectively and in the back, the changes have more to do with appearance and less – to no avail – with the functionality, which was already excellent. Nothing is missing from the car, while the “adventurous” touch of two-tone is preserved with the dark arches above the wheels, the sills protectors and the corresponding parts on the bumpers. All of the above, is in the context of the renewal that the model underwent, against the second half of 2020, with small but visible differences from its previous image. 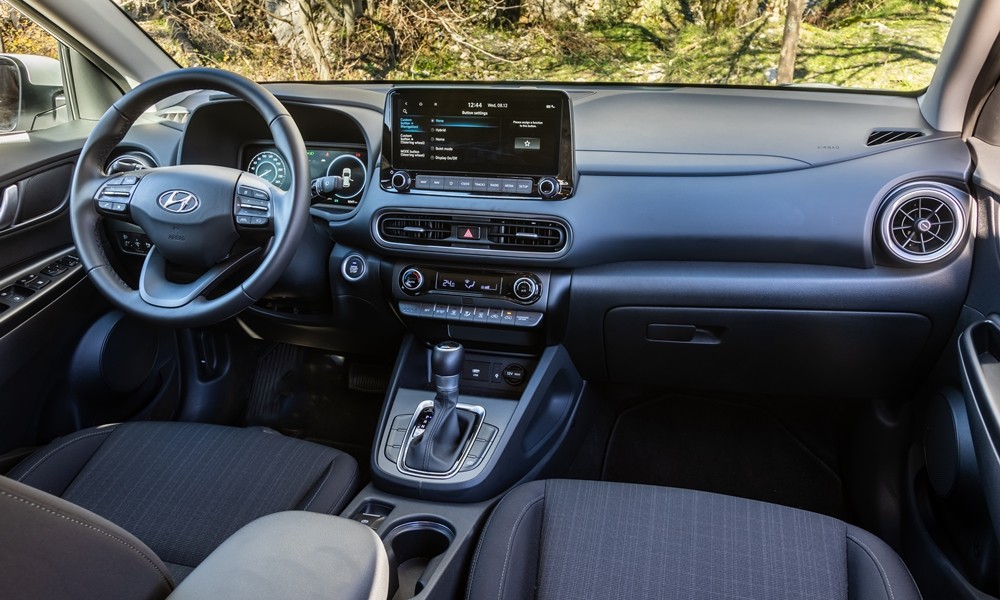 In what has to do with the interior, the changes have been limited to what has to do with practicality, with Hyundai to talk about a little more space for the rear passengers’ knees, an element that is “connected” with the configuration of the back of the front seats. From there, the Kona is exactly as we knew it- not that it needed renewal. Sufficiently careful in terms of ergonomics, fully equipped with both passive safety elements and those related to driving assistance and passenger comfort, the Kona remains at the top of the category in the field. 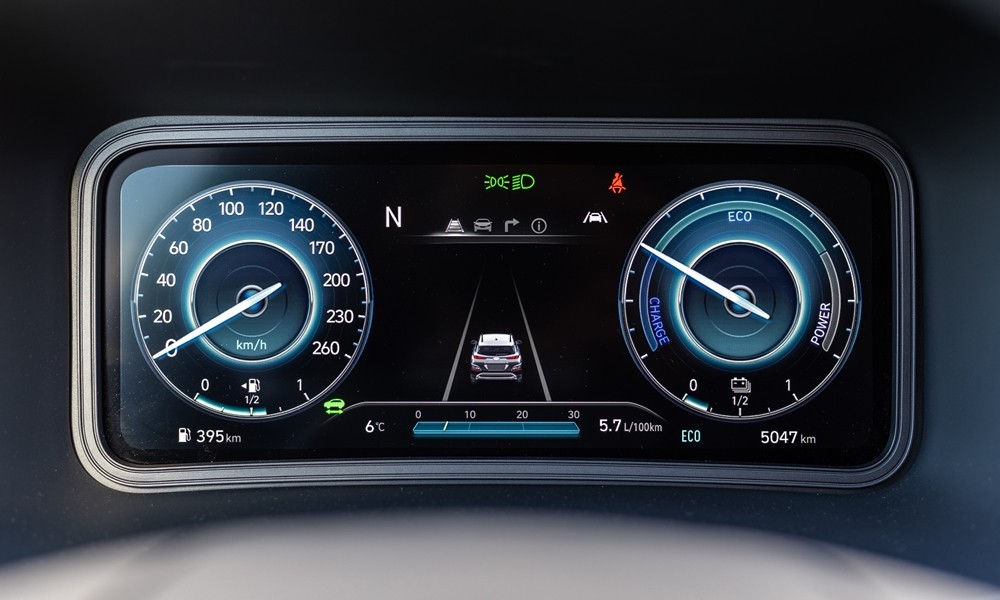 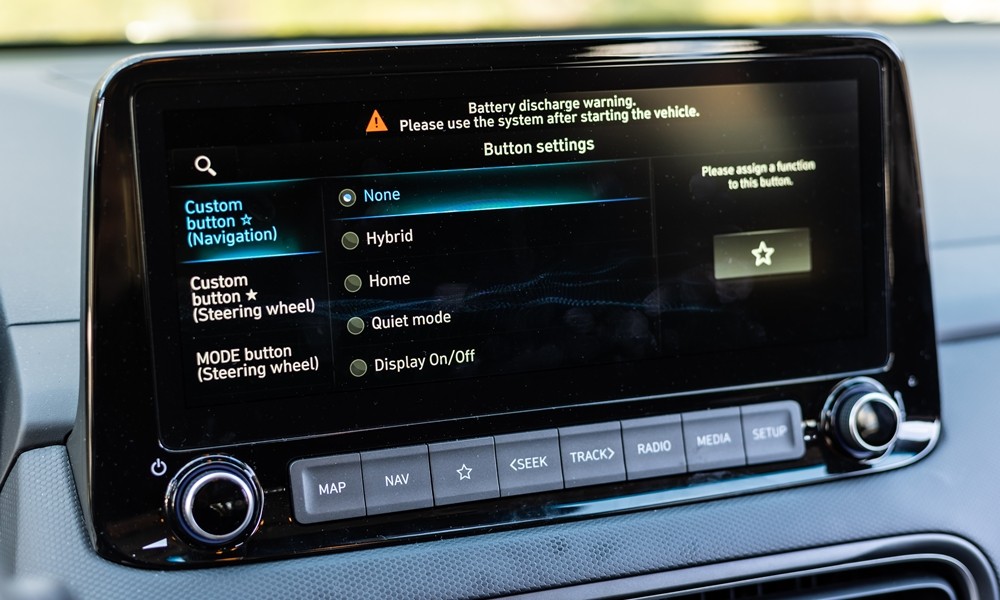 Its renewal software entertainment system support, is a welcome change that few will see and even fewer will appreciate, since functionally it is again more than adequate (it has simply conquered higher technological peaks and offers them to its passengers). The dimensions of the car remain as they were, with a slight difference in height. Specifically, the length is 4,165 mm and the width 1,800 mm while the height is 1,650 (it was 1,550) and the wheelbase 2,600 mm. 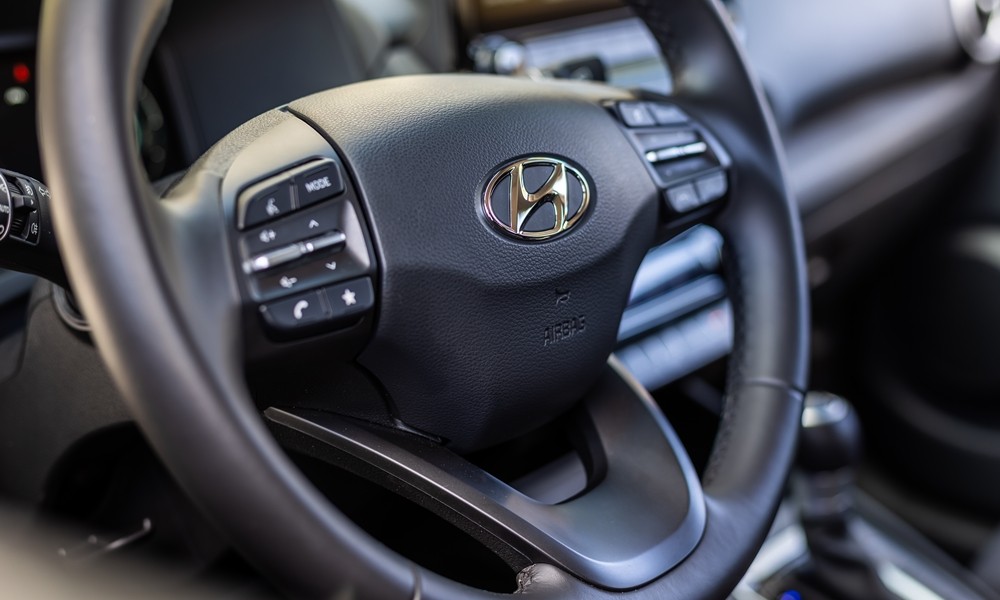 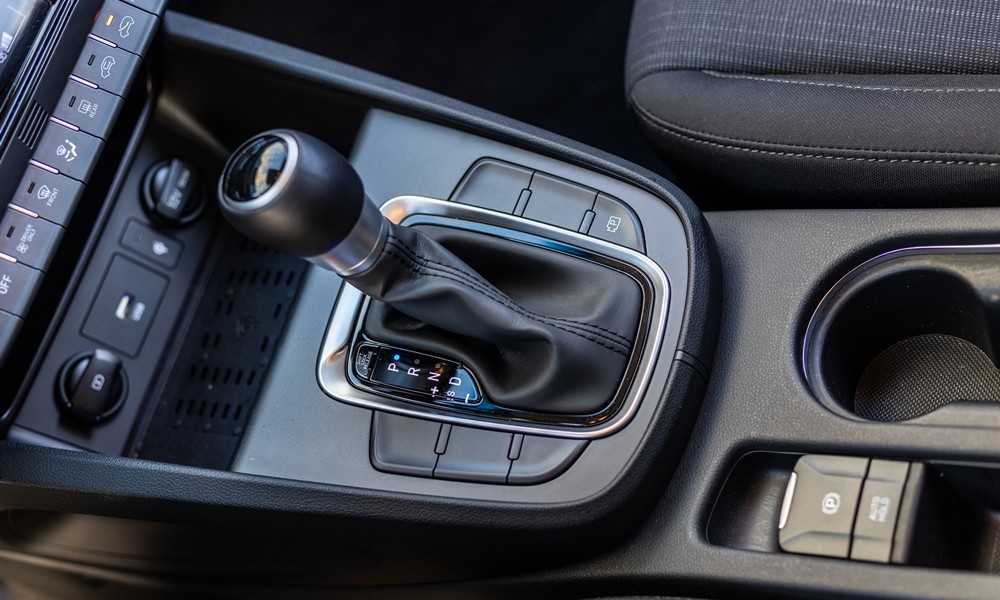 That said, the interior dimensions of the model remain satisfactory, with sufficient height available for tall heights even in the rear seat. What seems to be “small” is the nominal capacity of the trunk, where the 361 liters seem to be “little” for the category data. Of course, the space is not small with objective criteria, while we must not forget the flexibility offered by the removable shelf, which increases significantly capacity and allows the loading of bulky items. 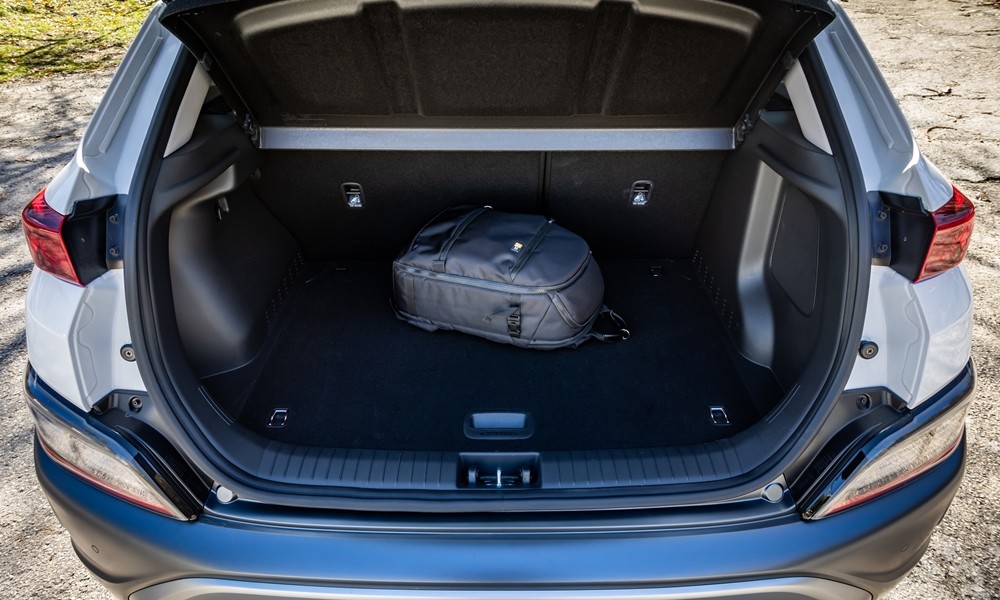 In the instrument panel, there is no change compared to the corresponding version of the model in pre-facelift version of. The main screen on the dashboard with diagonal of 10.25 inches, gives access to all the necessary functions, in an easy way and compared to the past, faster. As one might expect, the system supports Apple CarPlay and Android Auto, while in addition, on its screen infotainment it can be done mirroring his screen smartphone. 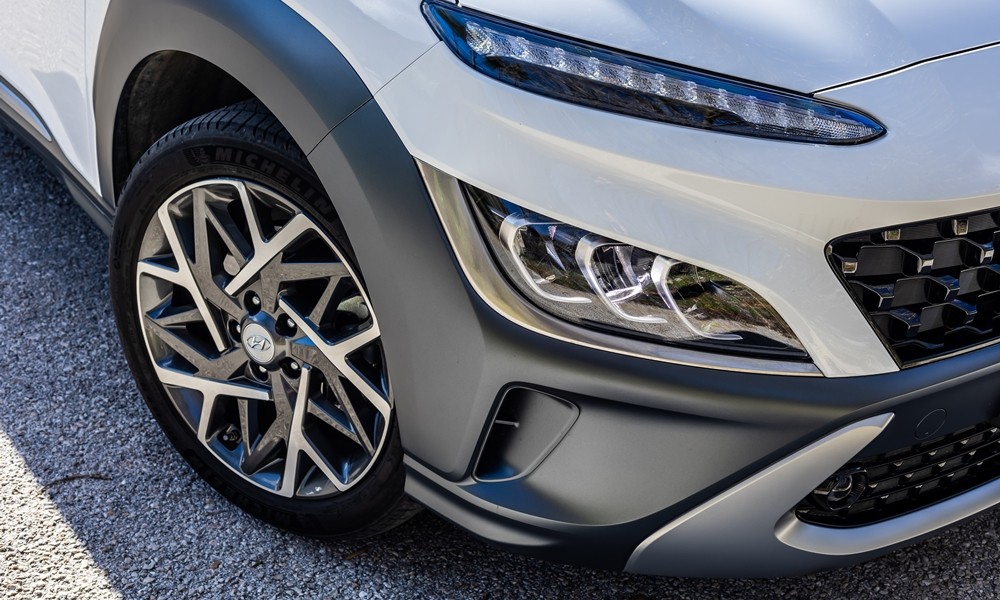 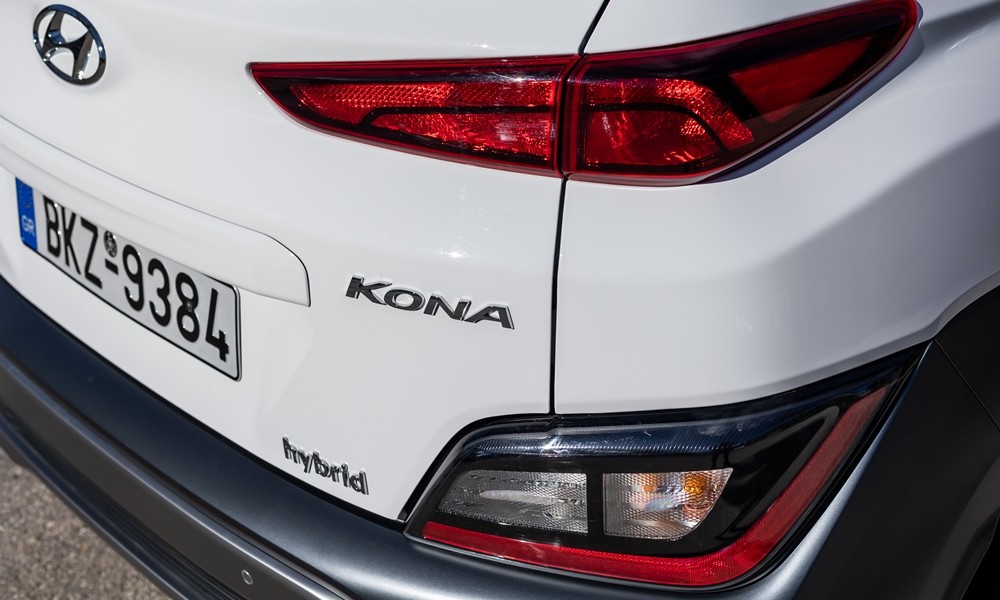 Overall though the sense of quality construction, is the one that surpasses the feeling left by the hard plastics of the cabin, which, no matter how we do it, are far from the overall excellent image – on the verge of premium– of the cabin. To get now to what concerns the driver, the Kona gives an adequacy in all parameters which is very pleasant. THE motor is civilized and efficient, with the help of electrical “assistance” to contribute to economic mobility, regardless of style. 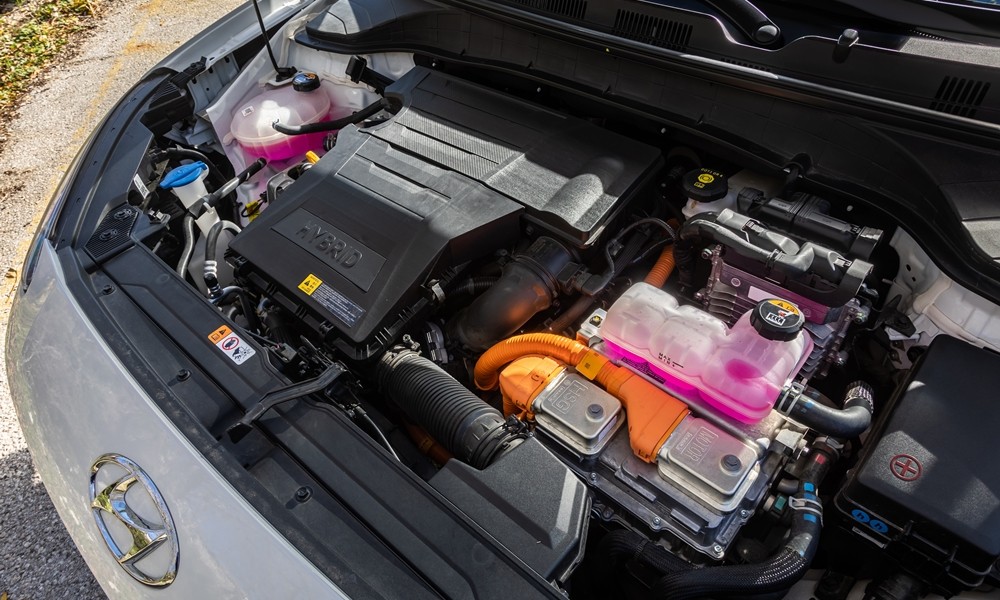 Obviously, this is not the version you are looking for when you have performance and dynamic handling very high on your priorities. The Kona Hybrid offers a very good package that will support to some extent some “worries” but his heart beats loudly on quiet routes and travels. Her choice Hyundai to supply the naturally aspirated 1.6-liter engine of the series Kappa, with operating cycle Atkinson and direct injection system, is justified as the whole is harmonious. 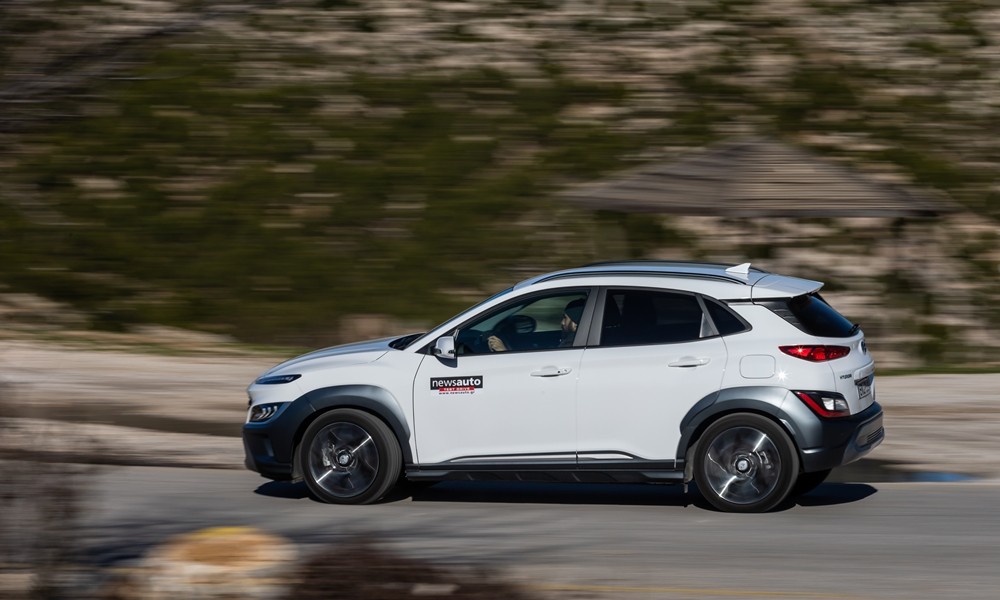 The combined performance of the hybrid set is 141 hp and 265 Nm torque, which is more than sufficient for the needs of a family car and comes civilized. The automatic uses it properly 6-speed dual clutch gearbox, with its quality operation. The contribution of the electric motor is more important in the immediacy of the reactions of the engine as a whole and in the economy of the routes. 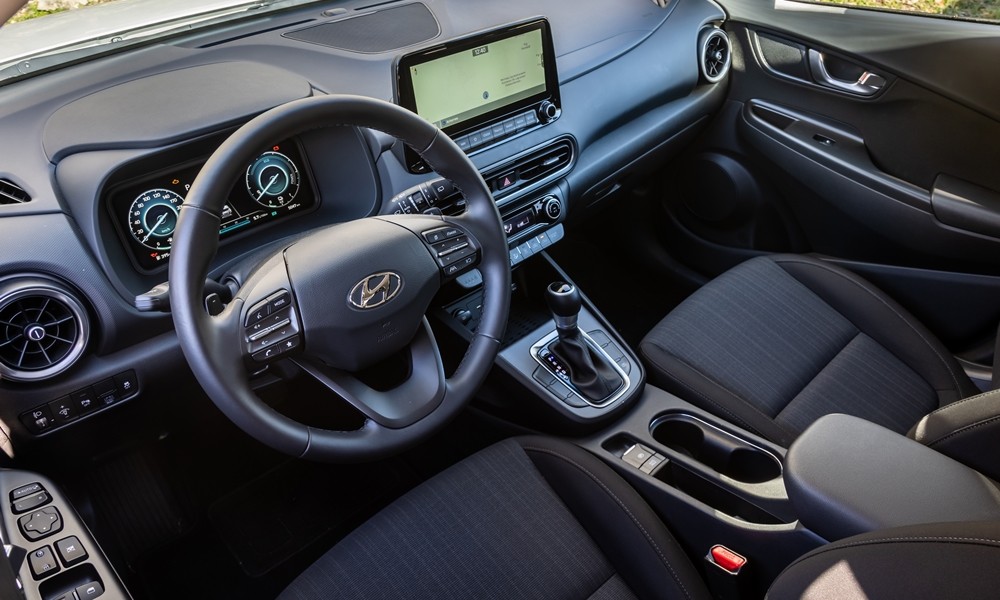 It is worth noting that in the operating program Sport, becomes a little more “aggressive” in gear changes, “staying” a little longer in each of them, while it seems to be more sensitive to the descents during braking. The slopes of the body in the corners remain limited, no matter how awkwardly the driver turns the steering wheel, through which he will not get “fuel” for the any sports mood it may occur to him on a country road route. The brakes on the other hand, it is always at the height of the circumstances as long as the driver overcomes the mediocre feeling they have at the beginning of braking. 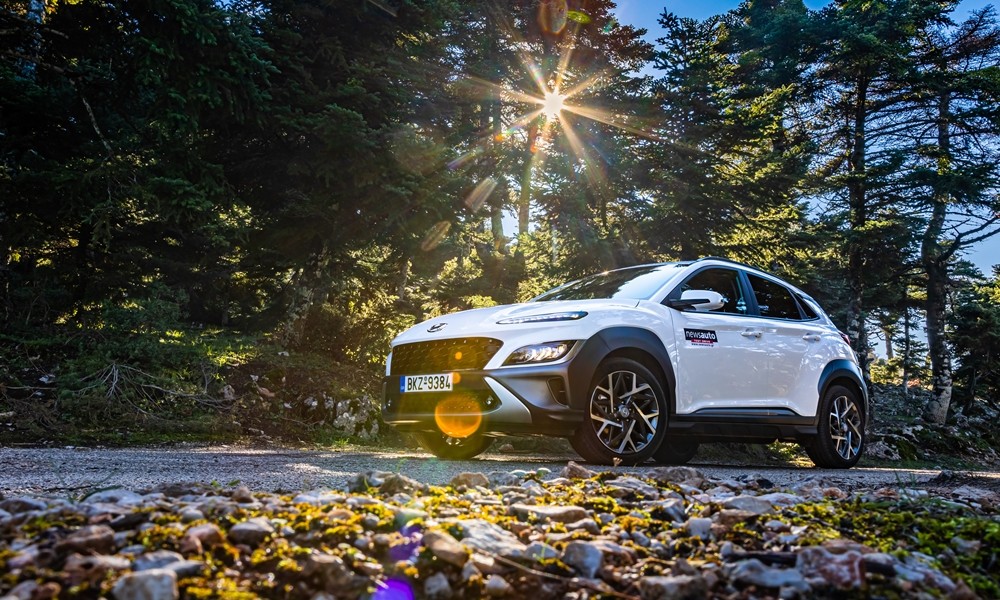 It is very important for the cars of this type, which will be called a few times to move long distances with a load close to the maximum useful, the brakes to show resistance to prolonged use and in this area the Kona Hybrid it goes very well. It also does very well in everything that has to do with fuel consumption. During the miles we wrote with him in the test, the Kona Hybrid showed that he “stays” with ease at prices below 6.0 liters per 100 kilometers, which for its size is a very good performance. 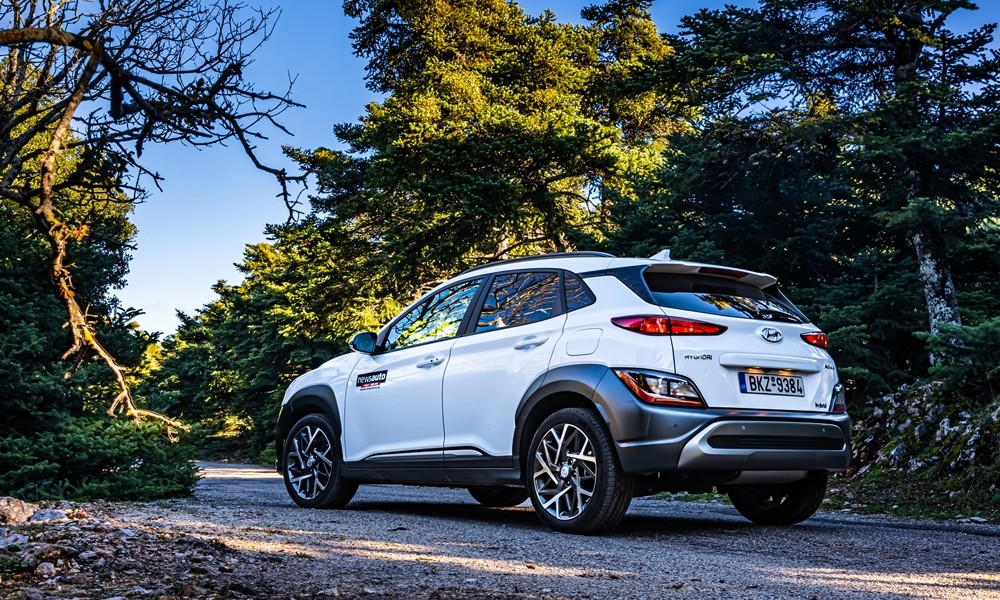 Somehow, it seems objectively small in capacity fuel tanks, more than sufficient since 38 liters give it quite a lot of autonomy between supplies. In conclusion, the Kona Hybrid comes with its form Hyundai which seems to be more accurate than ever with its proposals in the market and is placed with claims in a difficult track. The pricing of the model that starts this period, from the 23,590 euros. 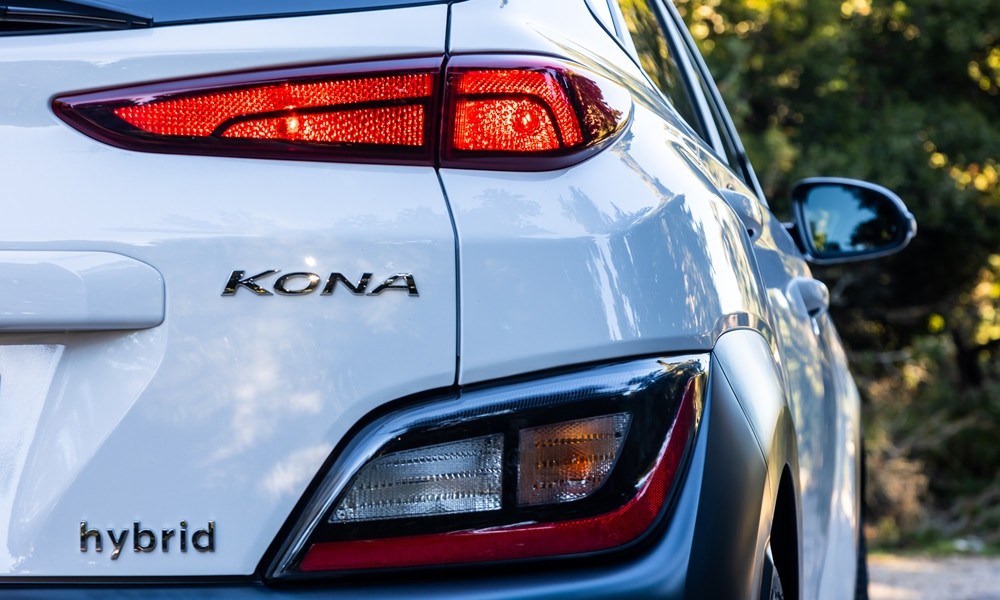 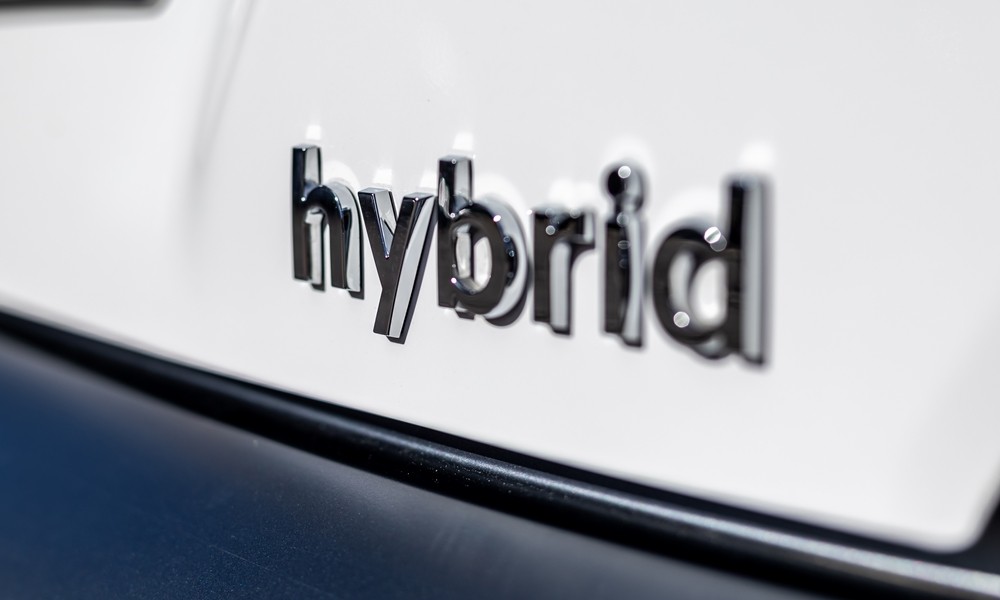 This way you will be compensated for damages from weather phenomena - Carneg.com