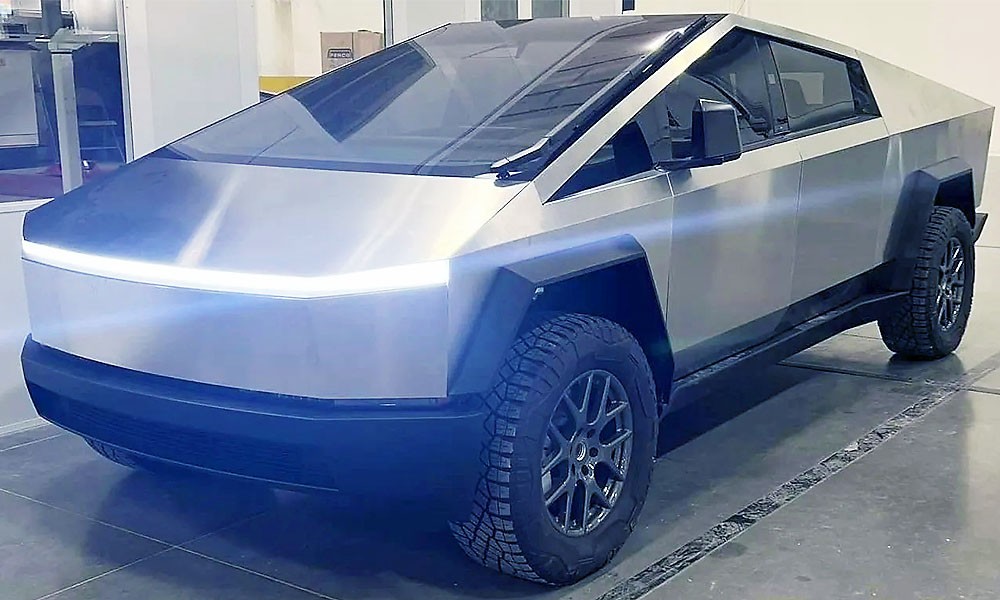 To Tesla Cybertrack it seems to be making its way to the market having already been quite late.

It’s been 3 years since the first appearance of Cybertruck, the Tesla pick-up presented by Elon Musk and which like every car of the company aroused great interest.

Since then till today, Cybertruck is somewhere between design and testing, without having managed to take any serious step towards the start of its production. Obviously the lack of semiconductors, the general difficulty in the market, but also Tesla’s new plants in Germany and China have been obstacles to its development. her pick-up Tesla.

But recently some photos and a video show Cybetruck in a more advanced phase that looks quite close to a production version.

From what we see, the side mirrors are missing, which means that there may be cameras in place. There is also the huge single wiper which is not sure to reach this form in production.

The design remains very impressive and original, with sharp corners and edges and huge surfaces. There are no door handles, while the wheels are slightly smaller, probably at 33 inches. However, despite the car we see in the pictures, Cybertruck seems to be delayed and even going for an official presentation in the first months of 2023.

In December the Musk had written on twitter that Cybetruck will have 4 electric motors, one on each wheel, for instant response and unique off-road capabilities. The original idea, however, was for two versions, one with two and one with three electric motors, with the second doing 0-100 km / h in 2.9 seconds.

It remains to be seen which of these will eventually apply, as Musk knows how to play the game of publicity on his fingers, something that achieves very well with the much-discussed Cybertruck.

READ ALSO:
Is Tesla evolving into a smaller Cybertruck?
Elon Musk will reveal the future of Tesla
How to protect your Tesla from hackers?