This is how you remove the snow from the National Road in record time (video) – Carneg.com 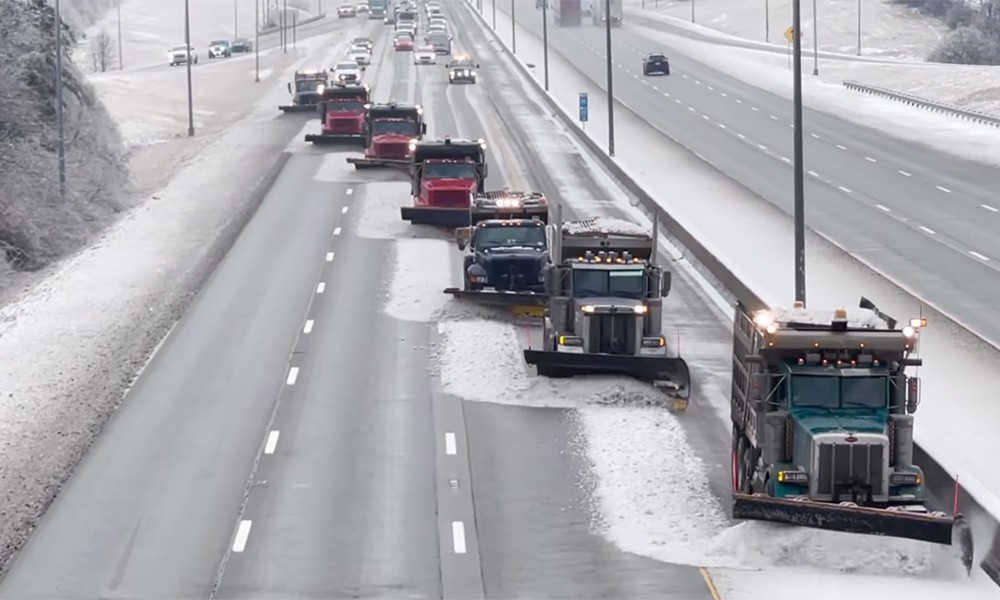 Seven snowplows remove the snow from the highway… as if choreographing.

Severe snowfalls are expected even in Attica , with the snow covering most of it in white of Greek territory.

The pounding, snow and the problems of course are not a purely Greek phenomenon, as from extreme weather phenomena of similar intensity Many US states were also affected.

But in the snow-covered states of the USA they know how to work and what to do quickly and most effectively having of course at their disposal a whole fleet of snowplows plowing the road network for endless hours.

What is striking is the way in which the drivers of the vehicles performed their duties.

In a video recorded on I-75 motorway, which connects Michigan with Florida we see 7 snowplows to remove snow with perfectly synchronized movements referring to a well-executed choreography.

Read also:
The wild snowplows of Attica are ready…
A teased GT-R trailer… truck in the snow (+ video)
Ice on the car windshield, what should I do?

Video: a unique version of Gelandevagen - what kind of car is it and why does it cost a million dollars? — Laboratory

Rising. Alpine with "excellent growth" in 2021